By Lambert Strether. Cross-posted from Corrente.

Snow happens. So some Occupations are in hunker down mode right now (“We’re waiting for warmer weather”; “Until Spring weather arrives the new GA schedule will be as follows”; which explains why #OccupySupplyFund supplies winter gear.) 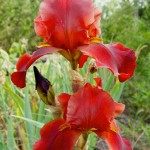 The dark happens, too. And although some see Occupy as an aerial canopy of leaping bright fire, I prefer to see Occupy as a species of rhizome: A mass of roots (radix) growing slowly and irresistibly, indeed invasively, and scaling horizontally by sending out runners everywhere. Underground and in the dark. Right now cold, but soon to be warm. And just like hops, asparagus, ginger, turmeric, galangal, irises, or Lily of the Valley, if you chop an Occupation into pieces, you get as many Occupations as the pieces you chopped.

But then, I garden; learning to grow food is my personal hedging strategy. So that’s how I would think of Occupy: A healthy and conviviality-inducing tasty vegetable. And since right now all I can do is look at seed catalogs and plan my order, this also seems like a good time to muse on Occupy as well. (That, and I just got some warm clothes so I can go down to Occupy Congress on this latest 17th.) So, from one person who’s tried to pay attention:

Here’s the state of play this winter, which, readers, you will doubtless amplify or correct: Beginning last spring, Occupy started and spread in the ancient cities surrounding the Mediterranean basin: Tunis, Cairo, Athens, Madrid, Rome, among many others; Alexandria, Manama, Barcelona. According to some accounts, Mohamed Bouazizi, the Tunisian street vendor whose self-immolation set Occupy in motion, had difficulties getting a permit from the government for his vegetable stall. So a critique of the rentier mentality, where rewards are related to chance or situation, can be seen as having been integral to Occupy from its inception. Following the ensuing revolt and Tunisian President Ben Ali’s forced departure, events in Cairo provided the paradigm of a self-organizing crowd taking and holding space in a central city square (Tahrir Square, Syntagma Square, Puerta del Sol), exercising their right “peaceably to assemble, and to petition the Government for a redress of grievances.” Factors that made Cairo uniquely successful in its application of this template were: (1) one demand (to Mubarak: Leave!) that “all walks of life” could accept; (2) years of social capital built up by the various organizers in organizing, especially union organizing; (3) Al Jazeera’s serendipitous ability to train a camera on Tahrir Square 24/7, which meant that what Mubarak did was transparent and he could be held accountable for it. (Also, and luckily, Al Jazeera as a news gathering organization was at the top of its game). The Egyptian Occupiers also had some tactical knowledge transfer from the Gene Sharp-inflected Otpor organization that took down Milosevic. To the Tahrir Square paradigm, the Occupiers in Madrid’s Puerto del Sol added social capital from the deep Spanish anarchist tradition: The General Assembly and consensus-based decision-making. The Cairo paradigm, as modified in Madrid, then crossed the Atlantic and took root in Zucotti Square.

I’m sure I wasn’t the only observer who, watching the Occupations move steadily westward, asked: Will Occupations scale?

After all, Morocco, Egypt, Greece, and Spain are all small-ish European countries; small in population, area, and GNP, and peripheral at that. And one might also argue that “the square” assumes a different position in the European imagination than “the square” does here, where the agora, if there is one, is “the mall.” Further, the United States is a multi-lingual and multi-national empire of continental scope. And the architects of the Federal system tried to ensure that there would be multiple centers of power in the United States. Would the Cairo + Madrid occupation paradigm scale to the United States?

And yes, amazingly, wonderfully, awesomely, the Occupation paradigm did scale. My own small and small-c conservative state, Maine, has not one, not two, but three Occupations in Portland, Augusta, and Bangor (each of quite different character). When Occupy San Diego, on their way to Occupy Congress, got thrown off the Greyhound in Amarillo, TX, Occupy Amarillo came to their aid. UC Riverside researchers surveyed 482 incorporated towns and cities in California and found that 143 – nearly 30 percent – had Occupy sites on Facebook between December 1 and December 8.”. Rhizomic growth. Occupy didn’t spread because of celebrity endorsements, or online petitions from career “progressives,” or corporate marketing programs, or billionaire funding. There were no focus groups. There was no polling. Occupy encampments spread despite — or because of — “clearing” operations organized by city mayors (who used oddly similar tactics and timing). Occupy participation spread despite — or because of — ongoing police assaults, especially by the NYPD “white shirts” of New York Mayor For Life Michael Bloomberg, and the thuggish OPD of Oakland Democrat Mayor Jean Quan. And Occupy ideas and tactics spread despite a relentless propaganda campaign in our famously free press comparing Occupiers to disease-bearing vermin and filth, with a rhetoric and an intensity worthy of Der Stürmer. (Cleverly, OWS had pre-empted this tactic by using some of its donated money to hire a cleaning truck.) Happily, “We are the 99%” stuck as a slogan, and in just a few months Occupy had changed the discourse to put “income inequality” (translation: class warfare) on the table; something that career “progressives” and their D allies in Washington have, oddly, or not, been unable to do in thirty years. Let’s not forget or downplay these tremendous achievements! I am so grateful to the Occupations and the Occupiers, all of them, for giving me more hope than I’ve had in years.

Occupations in the United States seem to differ from the Cairo + Madrid in several ways. After all, Egypt is a client state, and the United States is the heart of the empire. In fact, none of the unique conditions that enabled the Eyptian Occupiers to achieve “their one demand” — that Mubarak leave — obtain. (1) In the US, unlike Egypt, there is no one demand, other than implicitly the right to continue to occupy (“peacably assemble”). Nor can there be; one demand would need to be formulated, rhizomically, on the continental scale. How would that happen? (No points for saying “twitter” until you can point to an online system of consensus-based decision making.) Of course, the stupid and/or evil 1% are behaving so badly right now that a single grievance to address with a demand could crystallize in the coming year. In the meantime, the lack of demands is, in its own way, a strength: After all, in today’s political economy, “What is your demand?” really means “What is your price?” and who wants that? (2) In the US, unlike Egypt, the social capital available exhibits great regional, class, and cultural variation. The NYCGA was informed by international experience; Oakland has a long and proud history of union and black activism; Portland and Seattle have their own traditions; Occupations in Maine tend to be quite decorous. It’s not clear that the elite [DHS-authored?] anti-Occupation playbook is going to work in all cases, although the usual calls for brutality and informers are clearly being made. (3) In the US, unlike Egypt, there’s no 24/7 press coverage. To replace Al Jazeera’s camera, we have a patchwork of livestreams and mobiles run by dedicated and courageous individuals, but vulnerable to interruption or even spoofing. “Underground and in the dark.”

However, Occupations in the United States and Egypt can share one crucial characteristic: The joy that many speak of when they enter a genuinely public, self-organized space. (Having immobilized the Army by developing a reputation for non-violence, the Egyptians won the battle of Tahrir Square by out-organzing Mubarak’s security forces.) I’d argue, although I’ve never done the deep analysis, that when that sense of joy is expressed — and it’s never the story, it’s always an aside of some sort — that the Occupation will be a success in its own eyes (Tahrir Square, Madrid, Wall Street) and that when the sense of joy is absent, the Occupation, again in its own eyes, will fail. Matt Taibbi writes:

This is a visceral, impassioned, deep-seated rejection of the entire direction of our society, a refusal to take even one more step forward into the shallow commercial abyss of phoniness, short-term calculation, withered idealism and intellectual bankruptcy that American mass society has become. If there is such a thing as going on strike from one’s own culture, this is it. And by being so broad in scope and so elemental in its motivation, it’s flown over the heads of many on both the right and the left. …

People want to go someplace for at least five minutes where no one is trying to bleed you or sell you something. It may not be a real model for anything, but it’s at least a place where people are free to dream of some other way for human beings to get along, beyond auctioned “democracy,” tyrannical commerce and the bottom line.

An Oakland Occupier had a similar experience:

Never in my life did I imagine I’d be sitting with a group of adults seriously debating policy as if our decision made a difference.

After three decades as an American citizen and years of leaving messages for my representative, only last night, speaking into the human microphone, did I feel for the first time that my political participation could matter

I think if next spring’s Occupations can continue to provide this sense of joy, other prerequisites will fall into place, and Occupy will continue to grow and thrive. (The General Assembly, the people’s mike, and other organization structures are the Madrid part of the Cairo + Madrid paradigm. And so what if they come from the anarchist tradition?)

Oh, and “From the Barcalounger”? My brand of choice for a comfortable armchair. I’m not unaware that some (many) might read this post as reeking of WASP privilege, and of course it does. (Le style c’est l’homme même.) Even if I do have a Plan C of growing my own food, I can still pass! At least until my teeth go. For now, so and but if indeed “all walks of life” can participate in Occupy, I can still do my bit. From a comment on an article by Boots Riley at Oakland Local:

I am happy as hell that these middle class jerks show up with their bourgie Canon EOS Rebel 2Ti’s and capture the brutality of OPD in precise, undeniable detail. Then use their college educated grammar and vocabulary to blog this on their middle class Macbook Pros.

This is what makes Oakland’s Occupy great. We are upper middle class business owners, homeless vets, web developers, teachers, working poor, students, people of color, angry white males and everything in between.

That’s me! A middle class jerk! Also: Basing discourse on evidence and reasoning means that ideas can be shown to be valid or useful no matter who advances them; and even if the progressive stack means that I’m not the person doing the advancing, nevertheless… I might be.

2. Via Lois Proyect, Boots Riley on black bloc tactics Passionate and informed discussion on tactics from the ground in Oakland.

3. Bella Eiko, The Truth About Occupy Oakland – the Tactical Action Committee. Equally passionate and informed. My takeaway is that the Oakland Tactical Action Committee has a very tough job. I venture to suggest — only because I don’t see this idea expressed in the posts I’ve read — that the TAC may not realize the tremendous leverage they have to define in the eyes “all walks of life” the best that Occupy can be, or the worst. And if they don’t do it themselves, our famously free press will be more than happy to do it for them. 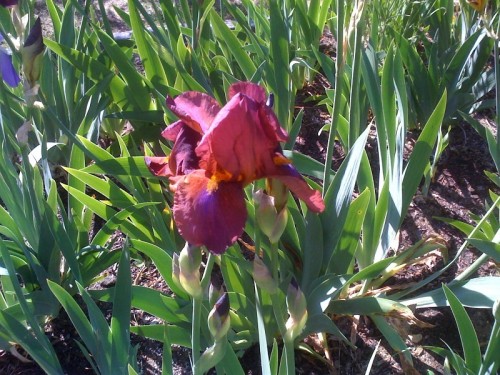