“The Deal Is Done, but Hold the Applause” Gretchen Morgenstern. Points for citing Yves. I’m seeing the word “deal.” But I’m not seeing the words “term sheet.” Or “public.” Or “final.”

I believe the technical term for all this is “big whoop” LA Times. Points for citing Yves.

There is no political solution to a math problem Big Picture (furzy mouse).

The Problem: “We will admit no wrong.” See at “Stuart Zechman” for the persistent political pattern* undergirding “the deal.” Today’s must read.

Obama: The Great Vaccinator Emptywheel. He immunizes everything!

Pierce: “[T]he most carefully manufactured fake in the recent history of American politics.” And that’s saying something.

About last week’s Catholic health care plans and contraception controversy: With respect to those “28 states”… .

“If you want to create a job for a U.S. citizen tomorrow, deport an illegal alien today” McClatchy. Clang birds at CPAC.

Anxiety over incomes hits consumer morale Reuters. But that sizzling 8% through-year’s-end unemployment number should get them packing the malls, yessirree.

The Ancient and Hermeneutic Order of the Shrill Krugman.

“Murdoch flies to UK after Sun arrests” FT. The dreaded vote of confidence?

While the Rest of the World Is Abandoning Unsafe Nuclear Designs, America Will Build New Unsafe Reactors.

What really happened on the bridge when the Costa Concordia crashed Independent. Did the Captain’s guest share footage?

Antidote of the day (hat tip Coyote Creek). Anybody want to send me a picture of the second cutest cat in the world for tomorrow? lambert_strether [DOT] corrente [AT] yahoo [DOT] com. 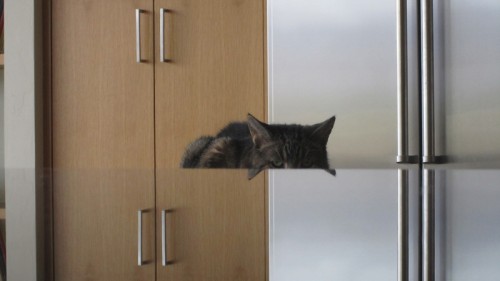