Natural Born Drillers Paul Krugman, New York Times. I agree with the sentiment, but from what I saw at the Atlantic event in DC, the big Dems are pretty keen about drilling too, and I don’t sense any real commitment to environmental safety.

The PIIGS Strike Back MacroBusiness

DISPATCH FROM GREECE: YOGURT AS A FORM OF POLITICAL PROTEST Kostas Kallergis eXiled

White House Pours One Out for All the Dead Journos, Waterboards the Living Gawker

Why Larry Summers lost the presidency of Harvard mathbabe. From a few days ago, but still important. Larry took a gracious pill before he presented at The Atlantic Economy Summit. He clearly wants the World Bank job badly.

In powerful Citi ruling, 2nd Circuit stresses deference to SEC Alison Frankel, Reuters. This is on Rakoff’s rejection of the SEC v. Citi settlement. This went before a motions panel, and its practice is to give thumbs up or down with no explanation. This is not just a procecural ruling but a ruling which comes close to attempting to decide the case. Huh? There is also some amazing bullshit in the ruling. The panel objects to Rakoff’s argument that he can’t decide anything (there are multiple tests, such as fairness and adequacy) because no facts were found. The decision argues that facts were presented. Again, huh? A court is a finder of fact. All Rakoff got was the SEC’s side of the story. He can’t take that as gospel. Since Rakoff can’t be fired, I think the odd are good that he is going to continue to issue rulings that drive the SEC nuts until the ruling on appeal circumscribes his ability to maneuver (this ruling looks to be an effort to contain him now).

This Is Your Defense of Goldman Sachs and Wall Street? Jon Walker, Firedoglake

Does Morality Have a Place on Wall Street? New York Times. Robert Reich, John Bogle, yours truly, and others.

Lan Pham Letter to Chuck Grassley. Aargh, I should write this up really pronto but I need to turn in. This is a big deal. She told the WSJ she was fired for not accepting the Wall Street party lines, which was that foreclosures don’t hurt home prices or household wealth, and there is no chain of title problem. 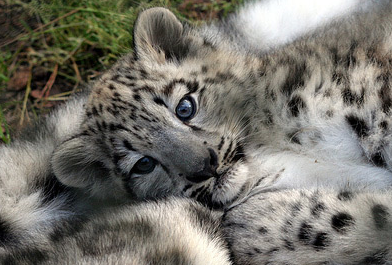