By Sell on News, a macro equities analyst. Cross posted from MacroBusiness 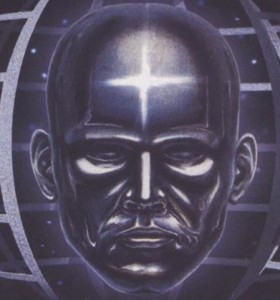 Imagine two ways of framing a financial trading choice. The first way is in the pseudo scientific language of finance. “An optimal trading strategy will be to go short on Greek and Spanish government bonds to exploit a high likelihood of sell off and debt restructuring which will keep portfolio returns well above inflation going forward.” Or consider the same thing expressed this way: “If we sell off Greek and Spanish government bonds it will push Greek pensioners into poverty, cause deep harm to the social fabric, lead to destabilising political unrest and threaten the stability of the world financial system.” The first way of framing the choice is treating the financial strategy as a way of dealing with a machine; the language has nothing to do with people. The second way of framing it is moral: starting with the effects on people.

Of course, the latter way of framing the choice is never used by traders, analysts or economists. The assumption is that the global financial markets are there to serve capital, not people (if it benefits people, fine, but that is after the fact). It is conceived as a giant piece of machinery whose behaviour can be successfully interpreted by those clever enough. Of course, it is an illusion. The machinery is impelled by people trying to interpret the machinery; that is why forecasts and predictions have such a poor track record. Because markets are full of people with minds, predicting what those minds will think and do requires much more than a mechanistic analysis. Nevertheless, the capital markets are seen as a piece of machinery. If one looks at the metaphors, capital “flows”, for instance, is a sort of liquid looking for equilibrium (another popular metaphor).

The appearance over the last decade and half of massive amounts of meta-money, the $700 trillion of derivatives that represent twice the capital stock of the world, has made this “scientisation” of capital extreme (as seen in the use of NASA scientists on Wall Street). At least when it is bankers lending to individuals or business it is clear to all that real people are involved. Sure, capital comes first, the sums have to add up, but people are important, too. The same with conventional equity investment; the people, investors, boards and staff in the company, all matter to some extent. But when it is derivatives traders playing the numbers, there is no sense that people are on the other end. The same with high frequency trading on the stock markets; the algorithms do not include any people dimension. If they did, they could not work.

Robert Shiller argues for a return to morality, as discussed last week. James Montier of GMO argues that there should be a Hippocratic Oath in finance, an ethical standard that would restore some standards. But he, too, goes for an explicit scientific metaphor, physics in this case. He is trying to find ethics in the wrong place:

Bad Models, or, Why We Need a Hippocratic Oath in Finance

The National Rifle Association is well-known for its slogan “Guns don’t kill people; people kill people.” This sentiment has a long history and echoes the words of Seneca the Younger that “A sword never kills anybody; it is a tool in the killer’s hand.” I have often heard fans of financial modelling use a similar line of defence.

However, one of my favourite comedians, Eddie Izzard, has a rebuttal that I find most compelling. He points out that “Guns don’t kill people; people kill people, but so do monkeys if you give them guns.” This is akin to my view of financial models. Give a monkey a value at risk (VaR) model or the capital asset pricing model (CAPM) and you’ve got a potential financial disaster on your hands.

The intelligent supporters of models are always quick to point out that financial models are, of course, an abstraction from reality. Just as physicists can study worlds without frictions, financial modelers should not be attacked for trying to reduce the complexity of the “real world” into tractable forms.

Finance is often said to suffer from Physics Envy. This is generally held to mean that we in finance would love to write out complex equations and models as do those working in the field of Physics. There are certainly a large number of market participants who would love this outcome.

I believe, though, that there is much we could learn from Physics. For instance, you don’t find physicists betting that a feather and a brick will hit the ground at the same time in the real world. In other words, they are acutelyaware of the limitations imposed by their assumptions. In contrast, all too often people seem ready to bet the ranch on the flimsiest of financial models.

Someone intelligent (if only I could remember who!) once opined that rather than breaking the sciences into the usual categories of “Hard” and “Soft,” they should be split into “Easy” and “Difficult.” The “Hard” sciences are generally “Easy” thanks to the ability to perform repeated controlled experiments. In contrast, the “Soft” sciences are “Difficult” because they involve trying to understand human behaviour.

Put another way, the atoms of the feather and brick don’t try to outsmart and exploit the laws of physics. Yet financial models often fail for exactly this reason. All financial model underpinnings and assumptions should be rigorously reviewed to find their weakest links or the elements they deliberately ignore, as these are the most likely source of a model’s failure.”

What happens in markets has little to do with the behaviour of feathers or bricks, because feathers and bricks have no self awareness. This is typical of the positivism (something is only real if it can be measured) and reification (making inanimate things seem like animate things) that is inevitable when a pseudo-scientific approach is adopted. What I think is needed instead is the posing of two questions:

1. What is needed to make the system behave more responsibly towards people?

2. What should be the purpose of the financial system?

Neither question will be answered by looking to scientific method. Science only answers “what” questions” not “why” questions. It is silent on questions about meaning or purpose, they are outside its range. Yet the above two questions are really the questions that should be posed to regulators and governments, who at this point are cowed, or bought off, by the bullies in the large financial institutions.

The sometimes insightful, if a little odd, Robert Gottliebsen argues that banks should return to the Glass-Steagall separation That would be a start. But he also reckons that Wall Street is too powerful, and that attempts to rein in derivatives are doomed because the politicians are outgunned: Obama after the GFC and probably Romney too, if he wins. That may be true, but the fight is worth it.

So here’s an idea. Maybe we can ask how it was that a system created for people ended being blind to people, especially weaker people in places like Greece? In this anthrosphere we have created, the one thing we seem most averse to is putting human beings at the centre. Much better to see it as a machine, and to spend our time poking it to see how it works.