Lambert Strether (Yves being on vacation).

Much ado about nothing Felix Salmon

JPMorgan returns $168m to MF trustee FT. Some of the customer money is still missing.

How JPMorgan Is Like Enron Bloomberg, J.P. Morgan’s RiskMetrics™.

Geithner to Dimon: Resign From The Board Of the New York Fed Baseline Scenario (translating)

The biology of banking FT

More Americans clocking in during their golden years MSNBC

How Exercise Affects the Brain: Age and Genetics Play a Role Science Daily

Afghanistan: Bringing it all back home FT

Teaching ‘total war against Islam’ Business Recorder. How it played in Pakistan.

Payrolls Increase in 32 States, Led by Indiana and Texas Bloomberg

Raised garden beds: hugelkultur instead of irrigation. I might try this.

At the stroke of midnight in Washington, a drooling red-eyed beast with the legs of a man and a head of a giant hyena crawls out of its bedroom window in the South Wing of the White House and leaps fifty feet down to the lawn…pauses briefly to strangle the Chow watchdog, then races off into the darkness… –Hunter Thompson

Occupy. 400 detained at Frankfurt Occupy protest. Montreal outlaws masks, scarfs, hoods during public demonstrations “without a valid excuse.” Quebec National Assembly passes Bill 78, compared to War Measures Act. Section 16: Police to be told eight hours in advance of any demonstration of more than 10 people (possibly now 25). Gatineau Chamber of Commerce announces upcoming “assembly of more than 10 people,” asks police how many officers will be present so enough hors d’oeuvres may be prepared. Summer vacation brought forward at universities. A helpful guide to knowing if you’re in a riot. A more jaundiced view.

G8 Summit. Frederick County closed public schools Friday, police felt obligated to “prepare for the worst,” but only about 50 Occupy movement participants showed at a “People’s Summit” held in a library in advance of G8 (picture). Bucolic!

NATO summit. They’ve got drones. (But who, exactly?) They’ve got boats with machine guns (picture). CPD Superintendent Garry McCarthy on agent provocateurs: “What?” (video). Nice get! Bridgeport raid: 4 of 9 released uncharged. “Witnesses described police officers dressed all in black armed with battering rams and guns drawn swarming into the building, conducting warrantless searches and refusing to tell them what was going on.” Vigil outside the jail (picture). NLG lawyer: “We were met with silence. No, we don’t have anyone in custody, no we can’t confirm three was a raid.'”

“We are yet to see the ‘up to 10,000’ protesters that some have predicted for Sunday. Still, 48 hours is a long time in anti-war protesting…” National Nurses United march: “I’ve been nursing over 30 years, and I’ve never seen the country this bad. The movement is definitely building up steam. We are fired up [hmmm], and we are going to take this country back from Wall Street. We want our money back.” “Breakaway” protesters start marching and chanting spontaneously (!). But: “It became less about environmentalism and more about taking the streets. That is important, but I just like a more succinct message.” Sunday’s main anti-war event may lack NNU members. “I’m focussed on the healthcare issues. Besides, we’re flying back home.”

PA (Swing State). Iffy job stats in PA. Construction down in the summer?!

WI (swing state). Walker holds out hope for iron mine. Yay, extraction! How the Ds are blowing the narrative on jobs by lazy thinking about the data. Will Ilya Sheyman please pick up the white courtesy phone?

Inside Baseball. Howie Kurtz fluffs Rahm. “Obama ground forces braced for air war” (FT). Air war being ads on the air, ground war being face-to-face GOTV (Get Out The Vote). Ricketts/Wright wrap-up: “An entrepreneurial venture, not a strategic one.” $700K for a few days work, not a bad deal! And who leaked to the Times? The story says a rival R, but both kids had motive. Banking sector puts its money on Mitt Romney (see under the Ratchett Effect). Panel at Harvard’s Institute of Politics on 2012 election (video). Worth a listen for the talking points, as long as you don’t believe a word anyone says (except for reporter Lynn Sweet, who’s old school). Sweet describes Obama HQ, “a big student union” with hundreds of staffers for months, and Romney HQ, where the electricians are still pulling wire through the walls. Nevertheless, national polls show statistical dead heat. Both seek to raise $750 million for their respective campaigns and parties. (A billion here, a billion there…) Charlie Cook on polls, pollsters, and polling. “Not all opinions are created equal.”

* 112 days ’til the Democratic National Convention ends with a torchlight parade on the floor Bank of America Stadium, Charlotte, NC. Fire exists the first in light, A simile that has been absorbed into the forms of our language produces a false appearance, and this disquiets us. “But this isn’t how it is!” — we say. “Yet this is how it has to be!” 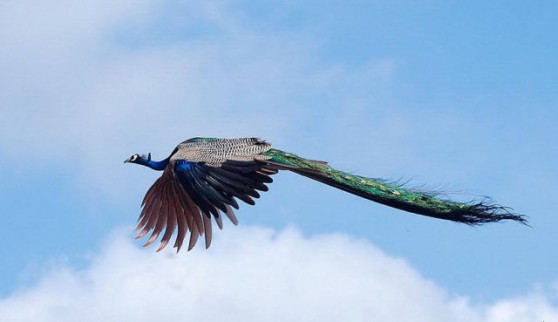