Will the Greek exit be voluntary or involuntary? Edward Harrison

Obama’s Switch on Same-Sex Marriage Stirs Skepticism New York Times. I am sure Lambert will pick this up but this is a needed reality check on all the effusive praise.

JPMorgan Said to Weigh Bonus Clawbacks After Loss Bloomberg. While this move certainly appears warranted, it simultaneously is clearly an effort to shift blame away from Dimon. But the CEO, both managerially and legally (via Sarbanes Oxley certifications) is responsible for the adequacy of controls.

Dimon London Whale Fiacso. Obama on ABC’s The View: “We don’t know all the details. It’s going to be investigated but this is why we passed Wall street Reform”. Ben Smith, Politico, last graf: “[I]t would help Obama’s reelection campaign if Schneiderman gets around to the more glamorous work of putting people in handcuffs sometime in the next six months”. From The Department of Fat Chance, or trial balloon?

Robama vs. Obomney. Robama campaign’s new ad paints Obomney as “a job-killing economic ‘vampire’”. Obomney counters: “Nyah, nyah, Steel Dynamics!” American Future Fund runs ad: “Obama voted for the Wall Street bailout”. Well, Obomney is a vampire, and Robama did vote for the bailout. They’re both right! Meanwhile, Rattner sides with Bain, calls Robama ad “unfair”. “This is part of capitalism, this is part of life”. Bottom line: “A day in which the news media cover Bain instead of the unemployment rate is a good day for Obama, no matter what exactly Romney did while he was there”.

Robama. Speech at Barnard graduation: “What young generations have done before should give you hope. Young folks who marched and mobilized and stood up and sat in… I want you to know that I will be right there with you”. Gag. New and heavily redacted DHS documents: “Did the White House Direct the Police Crackdown on Occupy?”

Obomney. “Romney’s life characterized by little-told stories of generosity”. Squee! First story I read on a news operation (not just an app) built for the iPad (“The Daily”) and it’s a puff piece.

D Inside Baseball. Four frustrated Senators file suit against the Senate to abolish the filibuster (the logic, via Ezra Klein). Huh? Article 1, Section 5: “Each House may determine the rules of its proceedings”. Also, too, the administration could have used the nuclear option in 2009. Obama had a mandate, remember? Toobin on Roberts Court and Citizens United; how money became speech. Weird that Obama operatives never bring CItizens United up in the “ZOMG! The Supreme Court!” talking point. Maybe because Obama uses just as much of all that lovely money as anyone else?

Ron Paul. “Our campaign will continue to work in the state convention process”. But not, like, campaign. Fundraising dried up. Charles Pierce: “He’s not the Jerry Rubin of 2012. He’s going to sell them out. The only question now is for how high a price”.

Elizabeth Warren. London Whale is oxygen for Warren. She calls for Dimon to step down from the NY Fed, restoration of Glass-Steagall (which Ron Paul opposed abolishing). Na ga happen: “If Warren and Paul did a joint ‘break up the banks’ press conference, it sure would generate a tidal wave of support and just might change the world of banking”. Why not break the banks up? Why not put the executives in jail for fraud? Off the table!

WI (swing state). National Ds won’t give WI Ds a paltry $500K for vital GOTV (“boutonniere money”). “Considering that Scott Walker has already spent $30 million and we’re even in the polls, this is a winnable race. We can get outspent two to one or five to one. We can’t get spent 20 to one”. D Barrett: “Let us once again be a state where we can talk to our relatives, where we can talk to our co-workers, where we can talk to our neighbors about politics without it being a bitter fight. That’s our Wisconsin”. Not sure that message will resonate with the Capitol Occupiers. But they’ve got no place to go.

MI (Swing State). Travails of reporters: “[P]eople will be interviewed with the light and camera and be thinking ‘I’m on TV’ — they change totally. But I come up to the same person with my little [radio] mic, and it’s a totally different thing. I get really honest, interesting opinions on, for example, if a foreclosure policy will really be helpful to them.” Interesting foreclosure is the first story that springs to mind.

NV (Swing State). D Oceguera running for (NV-3) won’t say whether he supports ObamaCare or not. On TV! “I’m trying to look forward”. “Forward” being the one-word Obama campaign slogan…

NC. David Parker, “besieged” state D Party chair, said Saturday that he would remain in his post after the party’s ruling committee voted not to accept his resignation. “The move came despite an effort by party leaders including Gov. Bev Perdue, Democratic gubernatorial nominee Walter Dalton, key state elected leaders, the national party, and the White House to ease Parker out.” On to the Convention!

Green Party. National: Barr and Stein debate in SF (video): “Obama and Romney describe the bank bailouts as a painful necessity; Stein and Barr describe it as an unparalleled heist by the 1% and say it’s time to nationalize the Federal Reserve and to cancel student loan debt”. CT: Melissa Schlag, State Senate District 33, petitions to get on the ballot. Schlag is credited with playing a vital role in opposing the Haddam Land Swap. NY: Izvestia actually covers a Green candidate, Colin “No Impact” Beavan, NY-10: “What’s going to sort us out is all of us deciding that we’re responsible for the culture that we live in”.

Occupy. The Occupy National Gathering will take place in Philadelphia from June 30th to July 4th 2012. While activities will take place around the city our main hub will be on Independence Mall. Awesome.

* 116 days ’til the Democratic National Convention ends with deep-fried turkey dinner and all the trimmings on the floor of Bank of America Stadium, Charlotte, NC. Cross-posted to Corrente. Let me not to the marriage of true minds Admit impediments.

READERS: Again, here are the swing states: AZ, CO, FL, IA, MI, NV, NH, NM, NC, OH, PA, VA and WI. I’m very interested in any local or state links you can send me from those states; original reporting, not wire services stuff. Now I have help with CO thanks to MR, but there are more! 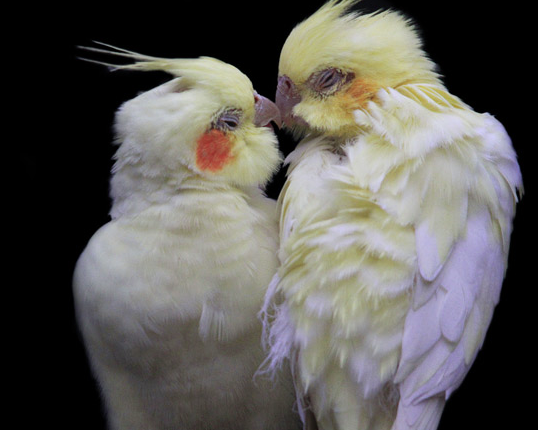