The Egyptian election is today.

Tsipras Says Berlin Must Back Down on Austerity  Spiegel

The Final Days of the Office of Thrift Supervision RegBlog

Revenge of the Weeds The Scientist

Why, man, they did make love to this employment. William Shakespeare, Hamlet, Act V, Scene 2

NATO summit. Bridgeport Raid marks the first time state prosecutors have used the Illinois Terrorism law to prosecute individuals. Never let a crisis go to waste. “Were the three Bridgeport suspects targeted because of a candid video they shot and released the previous week, showing CPD officers searching their car and intimidating them as they entered Chicago”?

Bill 78, provincial law suppressing student protest increased civil resistance, as all walks of life join. “Coalition of 140 community groups and unions encouraged people to join the demonstration to denounce the tuition increases and the legislation” (italics mine). “People in central Montreal neighbourhoods appeared on their balconies and in front of their houses to defiantly bang pots and pans in a clanging protest every night at 8 p.m.” (Pots and pans as in Argentina.) “We are all criminals,” crowd chants. Arrêtez-moi, quelqu’un! (Note red squares on the site.) “I’ve lived through a lot of big moments in Quebec history, this one feels like it ranks near the top a middle aged woman says.” “Montreal transit union announces they will no longer drive buses being used to transport police.” “Dramatic video circulating online of police pepper spraying protesters and bar patrons likely didn’t help matters.” Bar patrons?! Good one, SPVM!

Interestingly, Montreal is a leader in one central cultural tendency: Indie music. So I can’t help but think the impact of the Montreal red square movement will leap the border, heading south. For example: A bolt of crimson felt used to make red squares rolled out, red-carpet style, in Washington Square, Manhattan (picture).

For students, the issue is “not tuition, but debt”; “tuition” is the mainstream frame (good overview from reader Francois). So, jubilee?

CA. May 22, U.S. District Court Judge Percy Anderson grants injunction against California’s January deadline for newly-qualifying parties to get on the ballot, for Constitution Party and Justice Party.

MI (Swing State). State Court of Appeals rules that the review teams that recommended Emergency Managers for Detroit and Flint were not subject to the Open Meetings Act. The court ruled that they are not a “governing body” so they are exempt from the requirement. Click through and read on ’til you get to “clown show.”

NY. Review of Under the Surface: “[G]as companies try to be nice at the beginning of the process but the rest of their story is pretty completely about power. The regulators may come off even worse… It’s less that they’re personally evil, but more that they largely fail to do their job.” Or not!

RI. Jamestown Op-Ed on local police: “We do not want to be motivated by fear…. Officer Ted Hebert: “It can be stressful because you want to bring violations back to the station.” Indeed! Outlier, or zeitgeist indicator?

Ladies of Negotiable Affection. Not just the SS. DEA. Sen. Susan Collins: “It’s disturbing that we may be uncovering a troubling culture that spans more than one law enforcement agency.” So how about the supervisors and department heads?

Inside Baseball. Hillary veep trial balloons: “If Obama were to attempt this, how would he explain it?” (Her polls.) Anatomy of an Ad: “Basketball.” A “delicate balance….” Oh noez! News apps. Sigh. Why not reporting instead of gimmicks?

Romney. Ann Romney on dressage: “When I was so fatigued that I couldn’t move, the excitement of going to the barn and getting my foot in the stirrup would make me crawl out of bed.” This is good! [Adding, I’m not being ironic!] But here’s a proposition: “Like some other good things, it only remains good if it is not possessed by too many people” (Terry Pratchett, The Fifth Elephant). Does our political class agree, or disagree? There are a great many people in the world who are fatigued, after all. Are they somehow lesser humans than Anne Romney?

Obama. “The Obama campaign says a surrogate’s use of the word “raping” to describe Mitt Romney’s actions at his private-equity firm, Bain Capital, is inappropriate.” Sure, say it then walk it back. Pierce inside OHQ in Chicago’s Prudential Center: “We live garrisoned lives, so why should our politics be any different?” Important, atmospheric post from a keen observer. (I won’t use the word “bunker,” but feel free to think it.)

Booker/Bain flap. Obama team probably figured on a fundraising backlash from some private-equity donors. However, D “lawmakers have noted that Obama’s campaign has not yet committed to transferring money to Democratic congressional campaign committees.” So Booker wasn’t an outlier, but a wannabe factional leader? Then again, “Jonathan Lavine is a long-time Bain Capital executive and co-owner of the Boston Celtics. He is also one of President Obama’s most prolific fundraisers.” Obama: “My job is to take into account everybody, not just some.” Well, for some definition of “everybody.”

* 108 days ’til the Democratic National Convention ends with a feast of oysters, bread, and butter garnished with pepper and vinegar on the floor of the Bank of America Stadium, Charlotte, NC. The number 108 is used in Islam to refer to God. 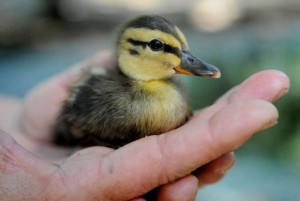