By Greg McKenna, aka Deus Forex Machina. He is the CEO of Lighthouse Securities and has spent past two decades in financial markets in a number of senior roles including Head of Currency Strategy at the NAB and Westpac. Cross posted from MacroBusiness

Lambert here. This article skilfully integrates several recent threads related to JippyMo’s latest but surely not last debacle, and ties them to a 4-point proposal from one-time BoA President Sallie Krawcheck in HBR for addressing governance problems at big banks “to better align management’s incentives with those of the long term interests of the business.” I can’t help but feel that a fifth point should be added, viz: 5. Investigate big banks for accounting control fraud, and prosecute criminals where called for. A few C*Os in orange jump suits doing the perp walk on national television would do wonders pour encourager les autres, and would “reconstruct” banking’s “top echelons,” as well. And aren’t proposals that don’t restore the rule of law to our famously free markets just tinkering around the edges? 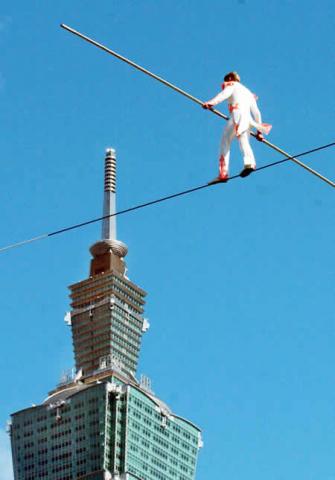 Over the weekend, there was a convergence of very good articles arising from JPMorgan’s illustration that not much has changed in banking. These articles showed that there are better ways to align management with outcomes that balance the needs of national and global economies beyond the current privitised gains and socialised losses approach.

The first of these articles was by Sell On News at MacroBusiness. Titled “Derivatives need a Priest” SoN posed the question about markets and what are they for:

…we can ask how it was that a system created for people ended being blind to people, especially weaker people in places like Greece? In this anthrosphere we have created, the one thing we seem most averse to is putting human beings at the centre. Much better to see it as a machine, and to spend our time poking it to see how it works.

Indeed. In abstracting people from the equation and viewing not only the system but the individual banks and finance institutions as machines we create a distance between ourselves and those machines in a manner that allows some to claim observer status not ownership. At the more complex financial institutions, this abstraction can separate individual departments and traders from their own organisations.

Which brings me to a piece by Barry Ritholtz published in the Washington Post on the weekend, about the similarities between AIG and the recent JP Morgan experience. The nub of what Ritholtz says is:

Finance has become a low-margin, high-leverage business. This is not surprising in an environment in which trading volumes are exceedingly low and interest rates even lower. In any other industry, a slowdown in economic activity sends management scurrying to cut costs, develop new products, become more productive. In short, to innovate. Companies can throw money at new products, marketing campaigns or discounted pricing, but a slowing economy brings down demand. What we have today is a deleveraging economy, and that is even more challenging — limiting the options that CEOs can take to increase their company revenue.

The world of finance refuses to accept that reality. Whenever Wall Street is confronted with a decrease in profits, we see the same response: Increase leverage. We usually don’t hear about it until some market wobble causes the excessive leverage to blow up in someone’s face. This time, the novelty cigar was smoked by Dimon, and the damage was inflicted on his reputation. The losses, we learned, were a “mere” $2 billion, described as manageable.

Consider any major finance disaster of the past 30 years, and what you will invariably see is the result of trying to spin dross into gold. The magic of finance is that this can work for a while. The reality of finance is simple mathematics. Eventually, the probabilities play themselves out and the dice come up snake eyes.

He is dead right – the world of finance does appear to be unable to accept reality – the bigger financial institutions, the SIFI’s, almost feel like they are trading to their heart’s content in the knowledge that they are simply too big to fail and someone else will pick up the tab if they get it wrong.

All of Ritholtz conclusions are on the money but here are a few that are pertinent for this discussion today:

Regardless, the error at JPMorgan unwittingly reveals much about the present state of finance:

● When using other people’s money, the promise of enormous bonuses is still weighed heavily toward excess risk-taking;

●No major U.S. money center bank has demonstrated an ability to manage proprietary trading risks. None.

●If traders have forgotten the lessons of the financial crisis less than four years later, what sort of reckless speculative risks will mis-incentivized persons be doing after 10 years?

Which brings me to the article in the Harvard Business Review from the June Magazine, Sally Krawcheck’s  Four ways to fix the banks. While it is based on the situation in the United States it has broad application for other markets. Echoing what Ritholtz has alluded to Krawcheck says:

It is tempting to view the financial downturn as a closed chapter whose primary causes have been resolved—perhaps not perfectly, but fairly comprehensively—by the Dodd-Frank Act’s reregulation of the financial services industry. But big banks continue to have a governance problem, which poses significant risks not just to them but potentially to the entire economy during the next downturn.

I encourage you to read this article. Krawcheck is saying that there is a way to better align management’s incentives with those of the long term interests of the business. If the leverage ratio at a bank increases then so does the percentage in executive compensation that is paid in bonds, not cash or equities. This will increase the incentive to worry about the return of money as well as the return on the money. This should become a self-limiting constraint on overall financial leverage. I’d extend this idea down to the divisional head level so that there is an alignment of incentives vertically throughout the organisations.

Banking at the top echelon remains unreconstructed after almost 5 years of the GFC but there is no reason why policy makers should not push harder to incentivise the boards and management of SIFI’s to better serve the needs of the economy and to rebalance the asymmetry of benefits and costs away from privatised profits and socialised losses.