Meet the Woman Who Couldn’t Be Intimidated by Citi BusinessWeek

Petition to Obama: Create a Do Not Kill List WhiteHouse.gov

Bill would give single bank a $300M benefit Politico

All that is necessary for the triumph of evil is that good men do nothing. — Edmund “2% Less” Burke

Occupy. OccupyMaine: “What Occupy is at its core is a dialogue. It’s democracy, so it’s always a work in progress. Initially, I think the encampment was a symbol of coming together and, for better or worse, I think we did that.” “The City of Phoenix filed a motion today to dismiss charges against protestors who were arrested as part of an Occupy Wall Street related protest.” “For those who have chosen, or been forced into, a situation where they did have to face down the NYPD in court, OWS has been accumulating many victories.” Occupy Cal protesters amend Federal suit to demand $15 million. “We want this to set the precedent for every university administration, that they will not attack our right to protest for public education.” About 100 Indians of various ethnicities on Tuesday occupy Brazil’s Health Ministry in Brasilia.

Montreal. “Les pluies «exceptionnelles» se répètent à Montréal.” “Tuesday’s torrential rains and floods and Wednesday’s cleanup after the storm damage are much bigger news today than the student negotiations, the 36th consecutive demo or even the body in a bag.” “Two United Nations Special Rapporteurs have come out against Quebec’s Bill 78 [and] Montreal’s new anti-mask bylaw.” David Suzuki: “After weeks of demonstrations, clearly something more profound is going on. The protesters are forcing us to confront a crucial question: What is government for? Governing is about priorities. Students can’t help but notice they aren’t high on the list. ”

“We need a lede, protesters!” “Education Minister Michelle Courchesne tried to play down Wednesday night student claims that negotiations to end Quebec’s 16-week tuition conflict have hit a wall and that the government is ignoring a counter-proposal by students, saying these things happen at the bargaining table.” Gabriel Nadeau-Dubois (CLASSE) “revealed that Law 78, that students demanded to be suspended, or even repealed, wasn’t for the moment part of the discussions. … The president of the FECQ, Léo Bureau-Blouin, indicated that the subject of Law 78 was “brushed by for the moment” and could be part of “discussions potentially later”. “We want people to continue to be behind us, to continue protesting every night,” [Nadeau-Dubois] said. “We have a protest planned for June 2. This weekend a family protest with pots and pans for everyone if the negotiations don’t turn the way we want them to turn.” But the pots and pans are for the students and Bill 78.

“CUTV’s on-the-ground footage has … been picked up by local, national and international news.” Importantly, CUTV is Concordia (English side). “I notice police have tweeted that there are ‘many protests in Montreal and we can only follow two.'” Safety in numbers. “When you throw stones, it reassures them, they say, look, we have to pass special laws. But when you play the pots and pans, they are afraid.” “If it happens through the magic of @ManifDating, that would be absolutely unbelievable.”

CO. “Today, the Longmont ballot issue committee of Our Health, Our Future, Our Longmont filed a notice of intent with the Longmont City Clerk to put a charter amendment on the November ballot to ban hydraulic fracturing (fracking) within Longmont city limits.” (MR)

IA. “Syngenta Crop Protection Inc. agreed last week to settle a class-action lawsuit out of court rather than go to trial over claims related to the herbicide atrazine. The settlement could help some utilities in Iowa cover the cost of removing the chemical from drinking water.”

MA. Tinpot Tyrant Watch: “But following a recent conversation with city inspectors—who informed them that the construction of a permanent [tomato growing] structure in a front yard can result in a fine of up to $300 per day if it is not dismantled—Katzoff and Hoffman are now trying to give away as many of the plants as they can.”

MI. “Muskegon Heights’s appointed Emergency Manager (EM), announced his plan to turn the school district into the first charter school district in Michigan.” “They are living lives of authenticity, right here in Grand Rapids, Michigan. They are taking a stand for believing in the legitimacy of who they are and living it out, despite a world full of hatred and discrimination.”

NC. The long-awaited [Democratic National Convention] permits are being issued after the Coalition to March on Wall Street South collected petitions with more than 1,000 names demanding that the city approve the Sept. 2 protest. … [T]he coalition still wants Charlotte to take other measures, including repealing a new ordinance that tightens security during what the city calls extraordinary events.”

PA. “Amazon is installing air conditioning in its warehouses across the U.S., including in PA, after protesters interrupted the company’s annual shareholder meeting in Seattle.” “Some frackers…. disclose all safety violations. … Exxon shareholders have to resort to trawling through Pennsylvania state statistics. “As You Sow” dug up 200 alleged violations for Exxon in the state in the past two years – among the highest rate per well of its peers.”

WI. Obama Deputy Campaign Manager Stephanie Cutter: “This is a gubernatorial race with a guy who was recalled and a challenger trying to get him out of office. It has nothing to do with President Obama.” WI election officials predict 60 to 65 percent turnout June 5. Robo text messages from Walker campaign. Stay classy! Diane Hendricks, the richest woman in Wisconsin [and Walker’s interlocutor in the “divide and conquer” donor blooper video] had a state income tax bill of zero for 2010.” “Walker DNR appointee sought to privatize trout streams.” “A secret Milwaukee County investigation that has already led to criminal charges against five people close to Gov. Scott Walker took a step forward Wednesday when a judge granted immunity to a 12th witness [Halbrooks].” WI Common Cause Exec Dir Jay Heck “described Halbrooks as a ‘Democrat pitbull’.” “Heck also said Walker’s legal defense fund suggests he is either a subject of the investigation or facing criminal changes, since these are the only conditions under which a person can form a legal defense fund under state law.’ “Business is our savior. They’ve got it all figured out. Strangely, though, they can’t seem to get anything done without the government assuming most of the risk and coughing up the initial funding for projects.” Same here. Same everywhere. “Netroots Nation will convene two days after what many activists consider the biggest election of 2012 aside from November: the Wisconsin recall.”

Inside Baseball. Mischiefs of Faction: “The true R and D parties also include allied media, think tanks, donors, Super PACs, and perhaps even bloggers.” “Networks of party officials, officeholders, major donors, activists, and others coordinate on a nominee long before voters ever enter a polling booth or a caucus location.” “No one will be shedding any tears for the anonymous billionaires whose donations helped pay for some consultant’s vacation home.” Politiwoops: Deleted tweets from politicians. Every citizen their own oppo researcher! “AP wants to get prostitutes away from its DC bureau.” PD offers to run a sting operation. By 2013 “it’s quite likely that nearly half, if not more, of all state legislators will have only two years of experience or less.” Term limits, redistricting; throw the bums out. Note to Roger Ailes: When you’ve lost Ed Morrissey… 538, in passing on Carter/Reagan vs. Obama/Romney: “[T]he recession of 1980 was extremely unusual: it was severe but also brief, ultimately persisting for only six months.” Time and chance? Or tinfoil hat time?

Romney. Shock and awe-level, Hunter Thompson-esque display of firepower by Pierce: “I’m Mitt Romney, bitches, and I’m all you got left.” Plum Line: On Jobs, if Romney applies same standard to himself that he applies to Obama, he’s a worse job creator (“surreal”). On the other hand, governors and Presidents are hardly commensurate, no? First Read: Team Romney prioritizes FL, NC, OH and VA, plus one. “Come October, if the major battlegrounds are only those first four states, then that will be very good news for Team Obama. “But if you start seeing PA or MI added to this list, then you know the worm has turned.” You’re gonna have to learn your clichés. “Donald Trump represents Donald Trump and Donald Trump’s interest in being talked about.” “Following a run of television advertisements and Web videos attacking Mr. Romney’s work at the private equity firm Bain Capital, most major polls show that the two candidates are statistically tied.” “[C]lose message coordination and consultation with lawmakers and their staff on Capitol Hill in twice-daily conference calls and sit-downs with party leaders.”

Obama. BAR on Times “Secret Kill List” story: “The difference between [Obama’s] ‘dark side’ and Cheney’s, presumably, is that Obama engages in deeper moral introspection before turning out the lights.” Ad: “Michael Dukakis Mitt Romney says he wants to do for America what he’s done for Massachusetts. America can’t afford to take that risk.” Of an Ad: “Of course, there’s Donald Trump liking an article on Mitt’s time line.” “It comes out in the wash at the end of the day in the sense that Obama is a ferocious fundraiser-in-chief.” You’re gonna have to study them, you’re gonna have to know them.

* 100 days ’til the Democratic National Convention drinks wine, and praises the gods of gold, and of silver, of brass, of iron, of wood, and of stone, on the floor of the Bank of America Stadium, Charlotte, NC. Cue the 100 days jokes! 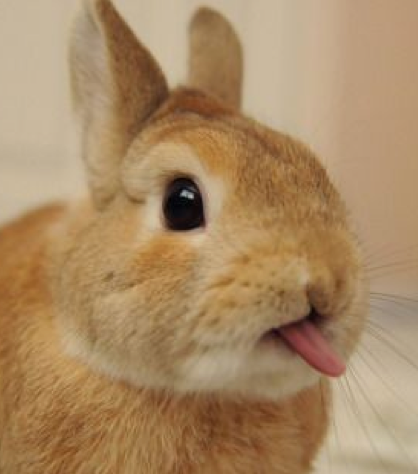