Update on Verizon woes: Service again down a lot. Big impact on my productivity (there will be a YS post later today, so do check back). I made noise. They issued a credit and are sending a tech later today, which suggests this is pretty bad.

Saving the Euro Will Require Banking Sector Reform Der Spiegel (Swedish Lex). They are saying this out loud? In Germany?

The Cost of Getting Down Is Going Up Wall Street Journal

Affidavits Are Not a Substitute for Evidence of Debt Ownership Bob Lawless, Credit Slips

D – 123 and counting*
At the stroke of midnight in Washington, a drooling red-eyed beast with the legs of a man and a head of a giant hyena crawls out of its bedroom window in the South Wing of the White House and leaps fifty feet down to the lawn…. — Hunter S. Thompson, Fear and Loathing on the Campaign Trail

Gay marriage. Robama has said for the past year-and-a-half that his views on gay marriage are “evolving”. So no wonder 21 of the 44 questions at the last White House presser were on Robama’s [r]evolving view. (Especially since gay marriage is so far from being a left position that Joe “Bankrupty Bill” Biden, and Arne Duncan, who never met a school privatization scheme he didn’t like, are for it.) Pravda’s Chris Cilizza gives a prolix and elaborate eleventy-dimensional chessful strategerification on why Robama can’t find it in himself to do the right thing. But maybe it’s simple. Maybe Robama agrees with Rick Warren, and believes that gay people aren’t fully human. Meanwhile, big gay donors are withholding their campaign contributions over Robama’s refusal to sign an executive order barring same sex discrimination by Beltway bandits. So, donors, stop being passive aggressive and start being aggressive. The Green’s Jill Stein is for gay marriage and she needs a mere $100,000 to get Federal matching funds. Give her the money and make sure the Robama campaign knows you’ve got some place to go. That’ll get their attention at One Prudential Plaza. Here’s the link. Heck, the Greens are so small you can probably just use PayPal!

Treason flap. Obomney’s on the campaign trail in OH and a woman questions him. In part: “We have a president right now who [A] is operating outside the structure of our Constitution, and I do agree he [B] should be tried for treason.” The Ds then gleefully try to force Romney to throw the “extremist” woman under the bus (“rebuke” her), and the usual suspects clutch their pearls and head for the fainting couch (e.g., Andrew “I’m writing as bad as I can” Rosenthal). What’s interesting: All sides (including Obomney!) focus on the should ([B]) and not on the is ([A]). Pravda frames the flap like this: “Obomney silent when questioner says Obama should be ‘tried for treason.'”

And [B], the modal, is indeed absurd. Which enemy is Robama supposed to be giving aid and comfort to? Trans- and post-national banksters, sure, but everybody does that, and it’s a hundred to one the questioner means Islamo-Fascists anyhow. Which at the very least is a topic for another day, like the first of Never.

[A], however, the actual, is completely correct. Robama, just as Bush did and just as Obomney would do, is not governing constitutionally. Read Glenn Greenwald any day of the week. And because everybody’s doing it, nobody talks about it! (Reason, meanwhile, notes that the woman asked Obomney a follow-up on The Federal Restricted Buildings and Grounds Improvement Act of 2011. Which Obomney did not answer. Exactly as Robama would not answer, although probably in a more “thoughtful” and “nuanced” way.

Gaslight watch. CIA thwarts ‘undetectable’ underwear bomb plot except it’s not a plot and was detected and the public was in no danger and no airport security measures will change. (Hmmm. Underwear. Will be worn on the outside so we can check.)

The mother’s milk of politics. Soros gives a million to David Brock’s D oppo organization, American Bridge 21st Century. 360 degrees, eh Dave? (Oh, I’m sorry. Not oppo. “Election-oriented research“.) Soros also gives a million to a D organization for organizing the “grass roots,” America Votes. Come on. Who’s got that reflexivity mojo? D shills, or Occupy? Here’s Yahoo’s headline on their article about Conard: One percenter: Inequality good for U.S. That’s two Occupy memes right there: The 1%, and “income inequality” (or, in the vulgate, class warfare). That’s changing the discourse. The D “infrastructure” hasn’t accomplished in thirty years of cocktail wienies what Occupy did with sleeping bags and tents in six months. Why is that?

I think it’s time to let the “grass roots” metaphor die the death. The Lawn is an artificial construct fueled by petroleum, polluted by toxins, and fertilized with bags of rock trucked in from far away. The Lawn is square, a massive time sink, and it’s not even edible. And The Lawn is all about artificially inflating real estate values (“curb appeal”). We know how that movie ends. Soros is trying to build a better big box lawn care center. He should stop doing that. Stupid sod. And no, I don’t care about saving The American Prospect. I already spent all my money on a Robama commemorative plate.

Ron Paul. ME: Paul supporter: “It’s good to see a bunch of Republicans that aren’t only overly concerned with social issues.” Careful what you wish for. ID: Paul organizer: “I’ll do the scorched earth if I have to.” Plan is control the GOP state convention in June by winning hitherto obscure precinct committee races in May 15 primary. (ZOMG!! They’ve mastered the party rules! Who do they think they are? George McGovern?)

Obomney has 856 delegates. Paul has 84. However, at the convention, a majority of delegates in six states can suspend the rules at any time. Floor fight!

Elite fraud. Financial fraud prosecutions by “Justice” are at 20-year lows, down 39 percent since 2003 (Bush), and one third of Clinton’s. Which is why neither party will talk about it: Everybody in on it, and it’s been going on for years. Not that there’s anything wrong with that.

Ladies of negotiable affection. Columbian service providers have no terrorist links (unremarkable) and only nine of 12 were paid for their services (remarkable). Dania Londono Suarez has an hour-long interview on Columbian radio: “They could track me anywhere in the world that I go but they haven’t done so. If the Secret Service agents were idiots, imagine the investigators.” Then Saurez goes on The Today Show (nice get): “Very direct, I would say too direct.” That’s imperial entitlement talking.

Suarez is very aware, has a great laugh, makes the US interviewer look like a Beltway tween from a third-rate school (video), and should run for President of Columbia. Why not? (Rough parallels here and here.) So, yes, not doing Playboy is a smart move. Besides, the Playboy franchise is tired. Rather like the legacy parties, if it comes to that.

“The way they approached this, it seems obvious that they were used to doing it.” Which goes for a lot else, too, doesn’t it? Like the looting. Like the destruction of Constitutional government. Like everything else neither legacy party talks about: Everybody in on it, and it’s been going on for years. Not that there’s anything wrong with that.

Matt Taibbi asks: Is this the most boring election ever? Taibbi’s seems to be the unconventional wisdom, but no, it’s not. Not at all.

* 122 days ’til the Democratic National Convention ends with a lead balloon drop in Bank of America Stadium, Charlotte, NC.
Cross-posted to Corrente. An’ a one, an’ a two … Turn off the bubble machine… 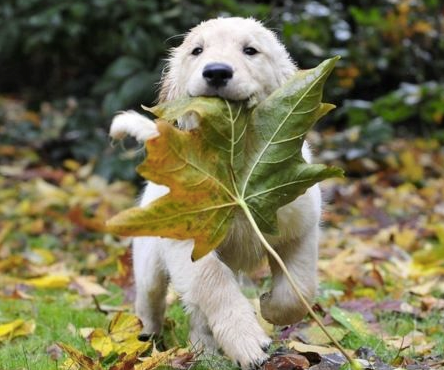