US ‘radical’ nuns to hold Vatican talks over criticism BBC

Tokyo Overtakes Luanda As Most Expensive City For Expats Bloomberg

Obama says he was too busy to campaign in Wisconsin recall election Washington Post. Translation: since I didn’t go there, the results means squat for my campaign. But (as least as of this hour) the WaPo has a really unattractive Obama photo with the article. Hhhm.

Gramm-Hubbard: So Many Misconceptions, So Little Time Econospeak

How the Fed is Killing S&Ls, and Why You Should Care John Carney, CNBC

Viewing Financial Crimes as Economic Homicide New York Times. But these were crimes against the rich, not ordinary people.

“If you can keep your head when all around you Are losing theirs and blaming it on you….” –Rudyard Kipling, If

Occupy. Occupy Toronto retrospective: “Many people were skeptical of Occupy’s ability to hold down a camp for even one night, so when the nights continued, organizers were caught off guard by the sheer amount of work it would take to maintain and uphold that success. Because, let’s face it, while the camp was awesome, it took a whole lot of effort just to hold down a long term encampment with the constant fear of police eviction, worrying about having enough food to feed everyone at the camp, escalations between different individuals and negotiating between different political tendencies.”

Montreal. International Economic Forum: “Even police appeared befuddled by the lack of protesters. One police officer left the defensive line to talk to Mr. Marcoux and ask him where everybody was. He asked whether there was some delay, or whether droves would suddenly show up later.” Stay classy: Protester Mathieu Girard discovered the lifeless body of his sister, who died unexpectedly. The police then arrested him while he was driving to the funeral. Lawyer Veronique Robert: People accused of mischief will usually receive a summons by mail or be asked to sign a promise to appear. ‘Nothing justifies an arrest like this on Highway 20’.” Profiling: Nadeau-Dubois (CLASSE): “In the past few weeks, and especially this past weekend, there was a systematic search for people wearing red squares. This is extremely disturbing for our democracy. Wearing a red square is not dangerous.” “The hordes of people, the neighbourhood movements, spontaneous and unifying, coming onto the streets each night to bang on pots and pans are calling not only for elections or for Jean Charest’s resignation. They are clearly calling for a new social contract, a “new deal” to be based on respect and most of all on our rights to a decent life, a healthy environment and a democracy by all and for all.” First “manifestation [demonstration] à vélo [bicycle] à Montréal.” No, they’re not nude. Damn!

CO. “Strategists on the right and left point to Colorado’s key unaffiliated voters, particularly in Arapahoe, Jefferson and Larimer counties — the bloc that helped Obama to victory in 2008.”

FL. Voter purge: “‘The Florida’s Secretary of State office will be filing a lawsuit against the Department of Homeland Security to give us that [SAVE] database,’ Scott said. The DHS representative also cautioned that even if Florida could use SAVE, it would not paint a complete picture of who is a U.S. citizen.”

IA. Obama’s “Jobs” teebee ad: “Running against the R-controlled House of Representatives may not be a bad strategy, but I can’t take this ad seriously. … Obama stiffed middle-class government workers in the name of deficit reduction, yet was willing to extend the Bush tax cuts for the wealthiest Americans in December 2010. I don’t care how many times he calls for ‘asking the wealthiest Americans to pay a little more.’ I flat-out do not believe he will go to the mat against another extension of the Bush tax cuts for all income levels later this year.”

ME. Angus King: “‘I’ve come to realize that an unencumbered U.S. senator is a profound threat to the whole system.'” Also, too, the white moustache.

MN. “[W]e don’t know how leaners really vote. I believe the strongs are the most engaged and the most persuadable!”

ND. “Oil companies in North Dakota reported more than 1,000 accidental releases of oil, drilling wastewater or other fluids in 2011, about as many as in the previous two years combined. Many more illicit releases went unreported.” (MR)

NY. “The Conservative Party has issued a memo to legislators, warning against action to legalize marijuana for medicinal purposes and to roll back laws governing how “public” pot possession is treated.”

OH. “House Bill 278 [gave] the Ohio Department of Natural Resources sole authority to regulate oil and gas wells, stripping local governments of any authority over placement or permitting of wells. Nearly 400 new wells have been permitted in [Cuyahoga County] since passage of the state law, according data provided by the Ohio Department of Natural Resources.” “Ohio State’s Board of Trustees is moving toward privatizing the parking at the university. Despite opposition from faculty, and students, it appears that the decision has been made for a 50 year agreement with an Australian company, QIC.” Who’s advising the Trustees? William Daley? “After slashing and burning their way into control of the ORP, supposedly to rid it of corruption, Kasich’s people have hired Matt Borges as Executive Director, a guy who pled guilty to political corruption charges, and Dave Luketic, one of the individuals specifically named in the complaint that initiated the Kasich-focused FBI investigation.”

PA. “The panel charged with redrawing state House and Senate maps passed its final plan Friday, voting 4-1 to in favor of those submitted by R members. It’s the second time the Legislative Reapportionment Commission sent a proposal to the PA Supreme Court for approval; its initial maps were rejected by the Court.”

TX. “Public aversion to the term [“fracking”] likely results from the harsh consonants and perhaps the obvious similarity to a certain other four-letter word.”

WI. Obama explains recall no-show: “The truth of the matter is that as President of the United States, I have a lot of responsibilities.” He’s not that into you! “[S]ome union members continue to question the union’s pre-primary endorsement of Kathleen Falk and donations to her campaign after polls showed her behind eventual D nominee Tom Barrett. ‘Rage is what it is — absolutely, completely,’ [Dan Meehan] said. ‘My members don’t feel they’ve got a voice anymore.'” “[T]he Occupational Safety and Health Administration has twice fined [pizza maker] Palermo’s for safety violations that resulted in workers having a body part amputated.”

Grand Bargain™-brand Catfood watch. John Ellis, strategery : “The framed choice for the white voters who will decide this election is this: Who do you think will better protect the interests of working-class and middle-class families when the inevitable cuts are packaged? Only a D can be trusted to properly right-size the great D social welfare programs. This is, at least, potentially, a winning argument for the president. This is, at least, potentially, a winning argument for the president. More to the point, it’s the only argument, politically speaking, that he has left.” Only Nixon can go to China; only Obama can gut Social Security. Sounds plausible! (also). Andrew Sullivan, strategery: “Obama should say to voters what Clinton did: we all know we’re going to have to sacrifice.” Whaddaya mean, “we”? And that’s exactly what Obama promised in his inaugural. And speaking of sacrifice: “The Federal Reserve said the median net worth of families plunged by 39 percent in just three years, from $126,400 in 2007 to $77,300 in 2010.”

Inside Baseball. “The argument of free-market economists that productivity determines wages and profits is mistaken. Productivity determines the over-all size of the pie. How it is distributed depends on a variety of factors, including relative bargaining strength, international competition, labor laws, and the results of elections. Economics and politics aren’t separate spheres.” Americans Select: “Just for the sake of the historical record, the eleven candidates who received the most clicks are: Buddy Roemer 6,293; *Rocky Anderson 3,390; Michealene Risley 2,351; Lawrence Kotlikoff 2,027; T. J. O’Hara 584; Mike Ballantine 425; Blake Ashby 269; Dwight Smith 229; Stuart Hillman 180; Beck Sanderson 170; *Merlin Miller 148; Michael Levinson 136. [* = still running] Predicting the future: Emory study: “Only the stock market really matters. … Cause and effect are tricky here. According to the Emory team, it’s not actually the stock market that causes voters to vote for or against the incumbent. Instead the researchers believe stock market up or down trends simply reflect the national mood” (compare).

Policy. ObamaCare: Handy chart on health exchange progress. Immigration: [“T]he policy of deporting primarily those with a criminal record had in practice been turned on its head. The study, based on court records, found that the number of deportations ordered because of criminal activity had in fact decreased in the past 12 months and that the ‘agency continues to be headed in the opposite direction from its stated goal.'”

Jawbs. “Without this hidden austerity program, the economy would look very different. If state and local governments had followed the pattern of the previous two recessions, they would have added 1.4 million to 1.9 million jobs and overall unemployment would be 7.0 to 7.3 percent instead of 8.2 percent” (keen chart). EJ Dionne: “It is past time that we affirm government’s ability to heal the economy, and its responsibility for doing so.” Tuesday, January 20, 2009 was the time for that. “Doing fine”: “That was an unfortunate line. The president bungled the line. The truth is, the private sector is doing better than the public sector, which is not well enough,” said Krugman on CBS’s “This Morning.”

The trail. Tomasky: “The Obama people may not be up against a good candidate. But they are up against a strong campaign team and a large and bumptious class of rich people who are stupid or selfish enough to think that what Obama has been doing amounts to war on them.” You tell ’em, Mikey! It’s not war on the rich at all! Rahm: “It’s five states, 500 precincts. That’s what I believe” Or wants you to. Gun walking: “CBS News has learned the House Oversight Committee will vote next week on whether to hold Attorney General Eric Holder in contempt of Congress.”

Obama. Obama’s first black radio ad: “Four years ago we made history. Now it’s time to move forward and finish what we started together. We have to show the President we have his back.” “The television markets for [Obama’s] interviews are in R-leaning parts of presidential election swing states — Green Bay, WI; Roanoke, VA; Jacksonville, FL; Sioux City, IA; Colorado Springs, CO; and Reno, NV — as well as Fresno in solidly D CA, and Greenville in solidly R SC.”

* 88 days ’til the Democratic National Convention feasts in a Petit Trianon-styled soup kitchen on the floor of the Bank of America Stadium, Charlotte, NC. The modern piano has 88 keys. 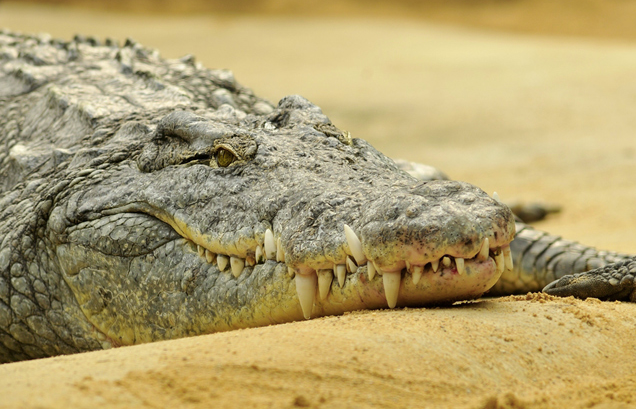