The End of the World as We Know It Dani Rodrik, Project Syndicate (Scott)

Houla massacre carried out by Free Syrian Army, according to Frankfurter Allgemeine Zeitung WSWS and a Google translation of the FAZ article (Ilja)

To Save Money-Market Mutual Funds, Scrap Them Amar Bhide and Christopher Papagianis, Bloomberg

An Institutional Flaw at the Heart of the Federal Reserve Simon Johnson, New York Times

“More than any time in history mankind faces a crossroads. One path leads to despair and utter hopelessness, the other to total extinction. Let us pray that we have the wisdom to choose correctly.” — Woody Allen

Montreal. Happiness: “In my opinion, what we’re experiencing is what philosopher Hannah Arendt, writing on the American Revolution, called “public happiness.” This “public happiness”, this joy that comes from feeling that one is participating in public life, that one is having, perhaps for the first time, an influence on public affairs is both addictive and contagious.” The same was noted by participants in Tahrir Square, Madrid, Zucotti Park, though AFAIK not contextualized with Arendt. Burn-out: If “all of your organizing friends have been MIA for weeks, scrap that forum and have a potluck dinner and reflection session instead.” Hmm…. “Quebec solidaire is also convinced that only a social project can henceforth carry the national project.” Hmm…. “Since the 60s, the dividing line was always that sovreigntist-federalist axis, Quebec vs. Canada, YES or NO. This spring, [t]he Canada-Quebec axis is being erased, a new one, a left-right axis, is taking its place.” FEUQ, after Marois shows the smoking PowerPoint: “All this time, when we were trying to negotiate an end to the crisis in good faith, the Premier was basing his next electoral campaign on the failure of these discussions.” Silent majority: “[CHAREST:] There’s new tolerance for violence, intimidation, civil disobedience [nice blurring]. Some people justify this because for them anything is justified for the cause. Well, that is not what our society is about.” “Thousands of citizens have denounced violence and intimidation — from the government and the police as well as from vandals. And they wear the red square: not to keep people from studying, like Minister St-Pierre suggests, but so that everyone will have access to education.” Police: “One hears all kinds of things, notably of police officers who are hiding their badge numbers. I fear that there might be an excess of confidence, and a feeling that they can act with impunity, among the police — to whom the government have given extraordinary powers — and this will lead to things getting out of control. Already, we have seen flagrant violations of fundamental rights.” “What makes me want to vomit is the fact that access to any site associated with F1 for the weekend was forbidden to anyone wearing the red square. To privatize a public space and treat inoffensive people like potential terrorists shouldn’t have its place in 2012.” Red square: ‘Tattoo artists so far tattooed red square on 88 people. Will get to 100 and call it a night. Will organize a 2nd night. #ggi #manifencours”

CO. D pollster Peter Hart: “[Obama] needs to be out there feeling what they are feeling, a lot of pain, a lot of hurt, a lot of uncertainty.”

FL. Voting: “FL’s latest elections controversy began in the smallest of ways: a five-minute chat a year ago between Gov. Rick Scott and his top election official.” Good history. Environment: “[Environmental regulators and the state] hailed the agreement as a milestone in a decades-long dispute over cleaning up the River of Grass. If approved by two federal judges, it would commit FL to a major expansion of projects intended to clean up storm run-off before it flows into the Everglades.”

IA. Corruption: “Speaking of mixing Regents work with business interests, I am seeking information on why the Board of Regents had its lobbyists register against a bill legalizing raw milk sales.” Iowa Citizens for Community Improvement: “Iowans shouldn’t have to wonder about who [Bruce Rastetter] was representing during these discussions — the Board of Regents or AgriSol. This looks pretty bad.”

LA. Times-Picayune gutting: “What Advance looks like it’s doing here is disinvesting in journalism behind a digital smokescreen.”

MI. “If I can’t say the word vagina, why are we legislating vaginas?” Emergency Manager Referendum: “[T]he 3-judge panel had stayed its own decision, while all the judges considered whether to rehear the case. On June 14, the other judges said they [did not]. The June 8 opinion says that the petition font really was too small, but that the panel is bound by a 2002 decision that says substantial compliance is good enough.” What is it with the right and fonts, anyhow?

MN. Marriage: “Minnesota-based Fortune 500 company General Mills came out today against the marriage amendment [which] would prohibit LGBT couples from marrying and deny them other rights. General Mills believes this amendment negatively affects their employees.”

MT. Columnist George Ochenski has re-appeared at the Missoula Independent, albeit with a smaller word count.

NY. Fracking: “We’re losing it,” said Sandy Rogers of her community, Bradford. ” … Gas well drilling is the way for us to go.” New York State Breast Cancer Network: “[Carcinogens] are used in the process and so those of us … who have had a cancer diagnosis … do not want to see these substances unleashed in any place in NY. Nobody’s doing the health impact study. Where is the health impact study? [T]he burden of proof is on the industry.”

PA. Fracking: “We thought it might be a good idea to illustrate what 133 tons of chemicals (including 65 tons of unknown chemicals) looks like.” Keen graphics. Fracking and Susquehanna: “In February, Aqua–PVR … bought the 12-acre trailer park. It plans to build a pumping station to withdraw up to three million gallons of water a day from the Susquehanna River, and send that water [to frackers]. … On Friday, June 1, the final day of eviction and the day Aqua–PVR said it would start construction, about 50 persons showed up to blockade the entrance to the park.” Police: “[The wiretapping bill], which was sent to the Senate by a 145-52 vote, would ease restrictions on civilians secretly recording other citizens and expand the government’s ability to tap cell-phone technology.”

VA. “If Obama took VA again, he could afford to lose OH and FL, larger swing states he also won last time. Romney will find it very hard to get to 270 electoral votes if he can’t claim VA.”

WI. “[T]he whole “Thomas Frank” line about how Wisconsin workers betrayed their own interests is absurd precisely because it assumes that the Democrats stand for advancing those interests.”

Inside Baseball. Geither sounds out Hillary about replacing him at Treasury: “She listened respectfully and politely.” No doubt.

Policy. Suffering, CDC study: “[G]oing through multiple childhood traumas can reduce a person’s life expectancy by as much as 20 years. Protecting even one child could spare an adult decades of misery, expensive chronic health problems, and premature death. A sidebar … lists ten examples of traumatic childhood events.” Austerity causes or aggravates all ten. Marijuana: “David Bronner, CEO of Dr. Bronner’s Magic Soaps [good stuff!], was arrested after locking himself and twelve hemp plants in a steel cage in front of the White House [to protest] policies preventing the cultivation of industrial hemp plants. [In a] peaceful arrest, police used a chainsaw to open the enclosure.” “COG”: “Continuity of Government planning has arguably already superseded the Constitution as a higher authority.” A trend.

The economy. TNR: “[T]he only way to get more stimulus in the spring of 2010 is if Obama had been laying the political groundwork for several months beforehand—that is, defending the first stimulus and making the case for more. And that clearly wasn’t possible during the all-consuming health care fight.” Walk, chew gum?

Robama vs. Obomey watch. Thrilloga in Cuyahoga: Both Obama and Romney give speeches on the economy in Cuyahoga, OH. Romney: 18 minutes. Obama: 48. “Reporters were kicked out of Mitt Romney’s talk at the Newseum in DC on Wednesday night. The Los Angeles Times noted that the same thing happened when President Obama spoke to the group at the Newseum in March — making such actions part of a pattern for the Business Roundtable.”

Grand Bargain™-brand Catfood watch. Andrew Sullivan live blog of Obama in Cuyahoga: “2.56 pm. He insists that the only reason we have not made a Grand Bargain is the GOP insistence on protecting the very rich from any tax increases: “the biggest source of gridlock in Washington today.” The 1% can afford a little bit more. The 99% can’t afford any less. So why is trading tax cuts for the rich for social insurance cuts a good idea?

Romney. Money: “Mitt Romney’s official schedule has only one item on for Thursday—a speech in Cincinnati. The Boston-based campaign refuses to put on his schedule any information about where Romney goes to raise money–not even a vague hint, like the name of a state.” Adelson: “A well-placed source in the Adelson camp with direct knowledge of the casino billionaire’s thinking says that further donations will be ‘limitless.’” Worked for Newtie! “A $100 million donation from Adelson is like you giving about $300.” “This is about Likud trying to decide the American elections.” For Israel, it would be “very very very easy to create an October Surprise that would make it a lot harder for Obama to get reelected.” Thrilloga in Cuyahoga, Guardian live blog: “Go and ask a bank owner how Dodd-Frank regulations has hurt lending, says Romney. What do you mean, you don’t know any bank owners?” Not white: Republican Latino site features stock photo of Asian kids in header. Who said it? Mitt Romney or Mr. Burns?

Obama. Barber shops: “Obama had lunch with … two local barbers who are participating in an administration program promoting fatherhood.” Tomasky links, mocks, says “I wish I were kidding.” But IIRC, barbershops are important to black communities (mention). So if Obama’s reaching out to the previously ignored black base (“they have no place to go”) that’s interesting. Obama’s campaign manager: “Messina helped cut the deal with the pharmaceutical industry that cleared the way for the health-care reform law.” Nice. Thrilloga in Cuyahoga: Transcript of the greatest speech on the economy given in the history of the world. Thrilloga, Guardian: “The president did not offer a fresh vision of how he would break through the political logjam in Washington. He simply blamed the Republicans.” Thrilloga, National Journal: “They mostly just ripped on each other’s fixes, and repeated a few old ideas of their own.” Questions unasked by both sides: “Which safety-net [sic. Social insurance!] programs is Obama willing to cut, and how, as part of a long-term debt-reduction deal?” and “What would Romney – who supported the concept of fiscal stimulus in the face of plunging employment in early 2009, though not the stimulus Obama eventually signed – have done differently to pull the country out of recession?” Thrilloga, Pierce: “[Obama] kept coming back to The Deficit. [P]eople out in the country really don’t care about The Deficit. … Why A D president, facing the worst economy since the Great Depression, has wasted so much of his time publicly talking about it … is going to be an subject for historians to chew over for a long time.” Could be sooner! Like when Pierce’s elders start chowing down on Grand Bargain™-brand cat food.

* 85 days ’til the Democratic National Convention feasts on New York System hot dogs on the floor of the Bank of America Stadium, Charlotte, NC. In cricket, Agent 85 was played by the great Don Adams.

Columnist George Ochenski Missoula Independentopinion won’t have to wait much longer to find out. 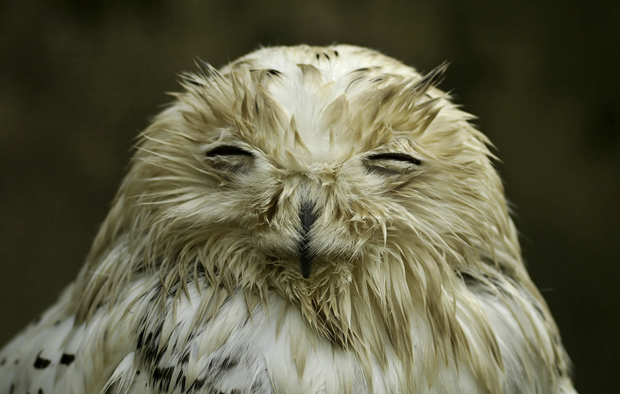