If you vote out Obama, it will make you feel better Washington Post

Income Inequality Can Be Seen From Space BoingBoing

The BLS Jobs Report Covering May 2012: More Nothing Correntewire

Human Rights Record of United States in 2011 China Daily… China is now throwing the crackdown against Occupy in America’s face.

Analysis: Angst at Zynga over tumbling share price Reuters… Is this going to be a trend in Silicon Valley, a sort of dot com bust 2.0?

This Week in Poverty: Will Janitors Strike in Houston? The Nation

10 Year Bonds Around the World The Big Picture

The Skipping Stone and Job Growth The Sorcerer’s Apprentice

Video: On Capitol Hill, Reporter Attacked For Daring To Ask A Question To A Powerful CEO Republic Report

Is Your State Asking Congress for Toll Roads to Close Budget Gaps? Autodiscovery

As the clever hopes expire Of a low dishonest decade. –W.H. Auden, September 1, 1939

Montreal. Awesome panoramic drawing of characters in a Montreal demo. Be sure to scroll! AnarchoPanda to Flik: “I’ll wait for you with a not bad stash and a pint of stout, and we’ll find the way out of this bullshit.” RDI news reader Geneviève Asselin on negotiation halt: “Coming up, we will have other reactions to that which sucks.”

“The din of the casseroles has changed the game. Police are less present, calmer, and more polite in these demonstrations against the Loi Speciale (78) which bring the average Joe and Jane out with their pots and pans. For the first time, police officers have treated him with respect, saying “please” and “thank you” while giving their orders. Before, it was insolence and a nightstick.” Safety in numbers. “The arrest and $634 fine haven’t dampened his resolve, Denis said. ‘My son… said ‘I’m proud of you,’ so the next night I was out.'”

“[T]he student groups sent two letters urging the government to send the dispute to mediation, but never received a formal response.” HEC’s Lemelin: ‘The parties have established their differences at the level of principles. And a principle is not an easy thing to negotiate.’ Add into the mix that the disparate student groups don’t behave like traditional bargaining units – where the leadership actually leads – and you had a recipe for trouble, Lemelin added.

Charest: “But they’re in the process of hurting Quebeckers and the people from whom they’re seeking support. I think they have to examine their consciences when it comes to their acts.” As if the students and casserolistes [?] were not Quebeckers! Charest: “These people [!!] have the ultimate responsibility and I expect them to assume it totally.” Well, that would make the movement sovereign. Eh? Charest: “There will always be subjects on which we don’t agree. But nothing justifies intimidation and violence.” If only Charest could live by his commitment to Ghandian non-violence! “As a teacher, I can’t tolerate this. My job is to love these kids. We’re treating them as though they were enemy soldiers. There is no sense in it.”

AZ. Tinpot Tyrant Watch: See photos, which show “students who walked out of the school when they learned about teachers being fired. The police are there, according to the source, because the administration called them, and the police threatened the students with arrest.”

DC. “It could have been any of us. We all had our phones out.”

NV. “New details surfaced — including on the role of real estate agents — in the long-running criminal investigation into fraud and corruption at Las Vegas-area homeowner associations.” The fish rots from the head, but the whole fish rots.

VA. “Southwest VA’s economy will become as stagnant as coal itself unless new jobs are created in the area, jobs that range across a wide spectrum of the economy so that any coal-like monopolization of the local job market will never happen again.” “Former AL congressman Artur Davis is shifting his voter registration to VA and says that if he seeks public office again, it will be as a Republican.” Davis was “the first congressman outside IL to endorse the presidential candidacy of Sen. Barack Obama.” Ha.

WI. Viruses in Non-Disinfected Drinking Water from Municipal Wells and Community Incidence of Acute Gastrointestinal Illness. Rs deregulated drinking water; reregulation urged. “Obama flew over WI twice Friday to visit Minneapolis and Chicago without ever stopping.” “While protesting at the Wisconsin State Capitol I wondered why President Obama did not find the collective bargaining issue one that needed a larger voice–namely his–and why Air Force One was not fueled and ready to head to Madison.” Because he’s just not that into you. “[Walker] has even managed to maintain a significant toe-hold – of about 38% – among union voters. “[M]any have observed that the Walker attack ad featuring the [dead] two-year-old child is not the kind of spot a campaign runs if it’s extremely confident of winning. ”

Greens. “Go ahead and shake hands with a bully–but don’t expect him to let go.” One person’s story of Green involvement.

Ron Paul. “One of Romney’s sons, Josh Romney, was greeted with boos by Paul supporters when he spoke to the [WA] convention Friday morning.”

Grand Bargain™-brand cat food. Obama to donors in Minneapolis: “I believe that if we’re successful in this election – when we’re successful in this election – that the fever may break, because there’s a tradition in the Republican Party of more common sense than that. My hope and my expectation is that after the election … we can start getting some cooperation again … now that it turns out the goal of beating Obama doesn’t make much sense because I’m not running again. … [P]eople will accept a balanced plan for deficit reduction.” Like a “balanced” diet of Whiskas?

Inside Baseball. Immanual Wallerstein: “The fluctuations in everything are large and rapid. This applies as well to social protest. This is what we are seeing as the geography of protest constantly shifts.” Austerity: “Why on earth a reduction in spending from the one sector that does not face a budget constraint should be hailed as good news is beyond me.” Horton: “Only one man has plainly benefited from the Edwards prosecution: former U.S. Attorney George Holding, who used the case to launch his political career. ” Wolf: “Smart women may be unwilling to marry high-profile political men these days, owing to the tremendous potential downside.” Gingrich: “I was probably naive in forgetting that your opponents have every right to try to clutter your message.” “Person in the street” piece: “Some insisted they were not political. But as they began talking, it became clear they were intensely political and had strong views.” Surprise, the interviewees don’t fit into d/R boxes. Matthew Dowd R: “So in this extremely tight election environment, [independent] voters are looking for those signals. They’re looking for moments that give them an indication of what the right choice is.” NYT point: “The United States has repeatedly used cyberweapons to cripple another country’s infrastructure.” RT counterpoint: “[T]he US is arguably the one country in the world most vulnerable to cyber attacks on its infrastructure. ”

Robama vs. Obomney Watch. “Mitt Romney vows change on Day One; it’s not that easy.” And the proof it’s not easy? Obama.

Jawbs. Atlantic: If you happened to hear a loud, sustained moan of pain around 8:30 this morning, chances are it was the collective sound of the financial world reading this month’s jobs report. New York magazine: “miserable failure” (ouch!) Former White House official: “There’s no sugarcoating this one.” Yglesias (!): “[I]t’s important to remember that this is first and foremost a human tragedy.” Normally I distrust word clouds. But. Romney: “He’s not up to the task. He’s [in] over his head.” Salmon: “Obama is bizarrely reluctant to talk about anything which rhymes with ‘stimulus’.” Actually, not “anything”; one thing: “Limulus” (horseshoe crab). So, can you blame him? Obama: “As we learned in today’s jobs report, we’re still not creating [jobs] as fast as we want.” You learned TODAY?! “Just like at this time last year, our economy is still facing some serious headwinds.” (Hate headwind trope. It speaks to people who take airplanes a lot, one: Like our policy making elites. Two, comparing the economy to an airplane is as stupid and reductive as comparing government to a household.) Obama — in shocker — blames somebody else. “Right now, Congress should pass a bill to prevent more layoffs.” Oh, bollocks. (Apologists chime in.) Guardian: “You can’t brag about pulling the country out of the economic ditch Bush dug if the car’s still in the ditch.”

Romney. Charts: “Romney completely dominated this race from the very beginning.” Romney alleges Inspector General says Obama friends and family benefitted from Solyndra, which they did, but the IG didn’t say that. Margaret Carlson: “Romney is a man with no fixed positions from which to deviate.” Also, too, hope and change. Romney chief strategist: “It is like the last scene in the Alien movie when they start coming out of the air vents. It is time to go the full flame throwers.”

Obama. “CHILD: I love you, Obama. AUDIENCE: Aww –” Scripted? The Big Dog on the trail: “Times are tough, and you’ve got to get up every day… and you start the day, you look in the mirror and you say, ‘God, is it going to get better? How long is it going to be? What’s my future going to be like?’ And when people are uncertain and afraid it’s easy to get them confused and divided.” Geraldo on Obama’s ‘”kill list”: “I don’t care about losing the moral high ground.” No doubt. “Obama Friend Whitaker Denies Wright Allegation of Bribe.” Teebee ad, on R economics: “It didn’t work then. It won’t work now.” ObamaCare: “[A] planning memo, including a reminder that it’s important ‘to continue projecting confidence that the court will uphold the law,’ was discussed at a May 29 meeting … attended by officials from the White House.”

Bain feeding frenzy (late reprise). “Bain is a perfectly fine company. They have a role in the private economy, and I’ve got a lot of friends there,” said [MA Gov and Axelrove Obama replicant Deval] Patrick. (Hat tip Klassy!)

* 98 days ’til the Democratic National Convention feasts on North Carolina barbecue on the floor of the Bank of America Stadium, Charlotte, NC. 98 problems… 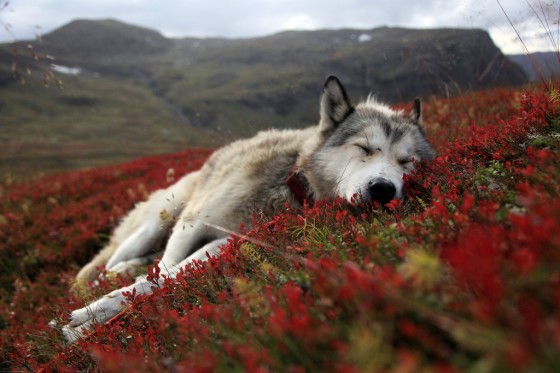