Lewis says he didn’t inform shareholders “because he had been advised by the bank’s law firm, Wachtell, Lipton, Rosen & Katz, and by other bank executives that it was not necessary,” in the NYT’s words.”

For the reason, see here at “secondary liability.”

Market rumor: Pimco and JP Morgan halt vacations to prepare for economic crash Examiner (hat tip Scott). So how does one prepare for a crash, aside from going short and praying that your counterparties are money good? Or just lobby harder?

You Can’t Blame The Economy On The Weather Economic Populist

Debt-free and proud: Greece under the leftists AFP

SYRIZA not a threat to the euro, Tsipras says Ekathimerini

“Terror-Mongering” in Greece About to Backfire? Will Greeks Vote for “Complete Idiots”? Four Possibilities Mish

Eating the Seed Corn? Consumption in the American Economy Since 1929 Angry Bear

Report: GSA handed out $1 million to workers under investigation McClatchy

Another Reason Not to Like the Insurance Industry Financial Argmageddon

New economy fallout – ‘wage theft’ from paychecks McClatchy. Because they can.

$312,000 Cell Phone Proves Talk Isn’t Cheap Bloomberg (SW). God forbid that the super rich have a cell phone like the ones the rest of us carry.

Cats away! Artist turns his dead pet into flying helicopter after it is killed by a car Daily Mail (scraping). Beware, anti-antidote!

“When the President does it, that means it is not illegal.” — Richard Nixon

Montreal. Changes in student leadership with semester’s end: CLASSE: Camille Robert (UQAM history major; CLAC (FR/EN) was elected as a co-spokesperson to serve alongside Nadeau-Dubois and Reynolds. Event: “[W]e will have a discussion about the relationship of nonviolence to the diversity of tactics [sic].” Thread: 1. “Over 40,000 jobs in Montreal are generated by tourism. And a heck of a lot of part time jobs all summer during festival season. (Jobs often filled by students as summer jobs.) 2. “To be fair, they haven’t said they will disrupt any festivals – GND said that they’d be ‘visible’ there.” 3. “It’s not about money, but I guess if money is the only thing that matters to [the first commenter], he wouldn’t understand a fight on principle for the greater good.” “‘Students are not at all against the summer festivals, as a big part of its labour force are students,’ FEUQ president Martine Desjardins reassured [Jus pour Rire festival organizer] Rozon.” “The Hotel Association of Greater Montreal says hotel booking are down 25 percent this summer compared to last.” Montreal-based writer Marc Bonhomme on Hochelaga-Maissoneuve meeting: Committees formed in support of CLASSE, one for a “social (general) strike.” CUTV interview: “Our content gives space to people who are not represented in mass media, that is the mandate of community radio as framed by the CRTC, the government body which governs broadcasting in Canada. …. [People] are canceling their cable packages and donating to CUTV.”

DC. “Erupting urinal soaks House press gallery.” Will anyone notice? Seriously: Infrastructure! “The Capitol Police asked me if I wanted to press charges against Ferris for false imprisonment for barricading me into the room, but I declined.”

AL. Siegelman case: When is a campaign donation a bribe? Supreme Court will not hear case.

FL. “The Obama staffer then proceeded to arbitrarily and contradictory to the rules approved by DNC, set a higher threshold then the 10% for elimination.” “In 200 Florida cases where the “stand your ground” defense was invoked, 70 percent of defendants were let go, according to the Tampa Bay Times. These included cases where the defendant had shot someone in the back, or while the victim was lying down.”

IA. “According to a Gallup poll last week, the highest ratio of “undecideds” in the US is in IA, which also happens to be the state that has been most exposed to the candidates.”

IN. “In a 6-3 ruling Monday, the [Supreme Court] upheld the [Indianapolis]’s decision to refuse to refund taxes that some homeowners paid up front while it forgave the remaining taxes for people who paid on an installment plan.”

MA. “E-mails between Brown’s legislative director and US Treasury Department officials show that Brown advocated for a loose interpretation of the law so that banks could more easily engage in high-risk investments. ”

NY. “The New York Police Department, the mayor and the city’s top prosecutors on Monday endorsed a proposal to decriminalize the open possession of small amounts of marijuana, giving an unexpected lift to an effort by Gov. Andrew M. Cuomo to cut down on the number of people arrested as a result of police stops.”

OH. “Records recently obtained by Plunderbund show that [AG] DeWine rejected the opinion of career government attorneys in order to assist Governor Kasich’s effort to privatize state prisons, sending a clear message that politics is more important to him than the rule of law.”

TX. “Statewide, 21 percent of the people who received purge letters later proved they were valid voters…” “He is accused of forging five checks on the Federal Reserve Bank of Georgia to purchase a 2011 Cadillac Escalade, a 2009 Lexus, a 2010 Chevrolet Corvette, a 2008 Land Rover and a 2011 BMW, Gilliland said. … ‘He believes he can just write checks off the Federal Reserve because all Americans have the right to do that.'”

VA. “Never did I expect that someone would be elected to represent Virginia Democrats who never asked the convention attendees for their vote.”

Journal-Sentinel headline: Document suggests Walker stalled inquiry. So who dropped the dime to the JS? Pierce: “[Indicted Walker confidante] Tim Russell’s lawyer — and, therefore, Tim Russell — had made public damaging information about Scott Walker … It is not unreasonable to assume that this either was a warning shot — take care of me or you’re going down, too — or evidence that Russell already has rolled.” “[Some] voters probably believe that recalls should be reserved for criminal wrong-doing, and the John Doe probe of Walker’s county executive office aides might not be enough for them.”

“Here’s a few things you can do tomorrow in WI (and one thing you can do even if you’re not in WI), to help cover at least a few of the bases where computer tabulation systems can either be gamed or might simply malfunction to report inaccurate results..

Greens. MI nominee: “A simple, 12-word platform. “End the war[s]. Tax the rich. Jobs for everyone. Medicare for all.”

Ron Paul. LA: “The convention voted to make a Paul supporter named Henry Herford, Jr. its president. The Borg earlier had ‘appointed’ of its own to be president. Herford was asked to leave. He refused. The police were called in and Herford was hauled off to the hoosegow, allegedly with his artificial hip broken in the scuffle….”

Inside Baseball. “That’s interesting: a meeting of the Bilderberg steering committee at the Four Seasons in Washington? In January? But according to Bilderberg’s official website, ‘Bilderberg’s only activity is its annual conference’.” Pay no attention…. “Independents are mostly partisans, Chapter Gazillion.” Hillary 2016 trial balloons: “… a parlor game of the highest magnitude…” And therefore fun! Mann/Ornstein, of “Let’s just say it: The Republicans are the problem” fame, finally on the teebee. “After chronicling the White House’s work on targeted killings, [the Times] should mount a similarly intensive investigation of the impact of those killings on the ground. ”

Robama vs. Obomney Watch. On foreign policy: “In practice, “[Romney] may well pick up where Mr Obama left off, as the latter did from George W. Bush across a surprisingly wide canvas.”

Jawbs. Obama surrogate LaBolt: “Romney’s goal wasn’t job creation, as he claims. It was profit maximization for himself and his partners.” Huh? Capitalists not “job creators”? Obstruction narrative: “So it’s no surprise that, behind closed doors, Republicans are high-fiving about today’s lousy jobs numbers which were the worst in a year.” So the Ds really didn’t know what the Rs were in 2008? Puh-leeze. They are who we thought they were! “Republicans in several swing states walk a tightrope when criticizing the speed of the economic recovery. In states like VA, MI and FL, where unemployment rates have dropped in the past several years, surrogates for the Romney campaign acknowledge that they’ve seen an economic uptick in their own states.”

Romney. “Only 42 percent of voters in the poll have a negative view of Romney, who held only a 34 percent favorability rating in CNN’s poll in February,” a “huge jump.” Bundling: “In politics, a bundler plays a critical role in providing the life blood of a campaign: money. … Romney keeps his bundlers’ names secret.” Out-of-touch narrative: “…The video of Wintour sporting a silken Obama 2012 scarf and urging supporters to attend a New York fundraiser next week — released the same day as the meager jobs numbers…”

Obama. Hippies punch back: “[The legendary] Morford encouraged voters to see Obama as a transcendent superbeing. Yet it’s those who have nuts-n-bolts policy objections to his tenure that are childishly unrealistic.” Campaign Manager Messina: “We’re going to run the most sophisticated grass roots campaign the country has ever seen.” “Obama’s 2008 donors don’t give in 2012. … ‘I wish he was the socialist they accused him of being.'” “[T]his new method of fundraising – stars touting a cheap lottery to meet a politician – seems a speck unseemly. Or is it? It could be argued that such a low-dough amount allows the common folk [!!] the chance to hob-nob with the Obamas, Parker and Wintour, or Romney and Trump, depending on your political disposition.” ” … [A]n Obama grill spatula for $40…” Jeebus, I could pick up a couple of wedgies at Wal-Mart for that!

* 95 days ’til the Democratic National Convention feasts on 100% pure Hawaiian Macadamia nuts on the floor of the Bank of America Stadium, Charlotte, NC. Route 95… 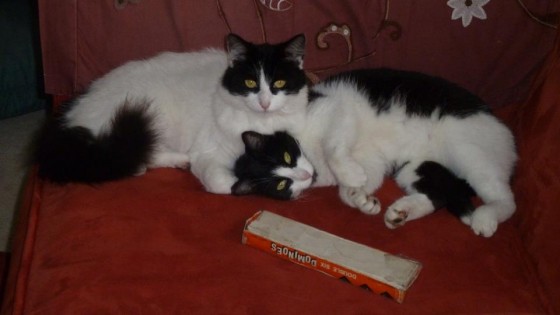