Bots Raise Their Heads Again on Facebook New York Times. Score one for NC! We posted on this at 4:29 PM. The NYT piece was out after 7 PM. Admittedly, they did a reported piece, while we did a “huh?”. But the flip side is they have tech writers who already have a Rolodex on this beat.

Europe Is ‘Stuck In A No-Growth Trap’ Clusterstock

Temptations of a Peseta default in Spain Ambrose Evans-Pritchard, Telegraph

Games turn London into ‘ghost town’ Financial Times. That was easy to predict. Happened to LA and Sydney. If you can visit friends (meaning avoid the hotelier efforts at price gouging), and arrive after the games have started (meaning miss the influx and security nuttiness), during the Olympics is a great time to visit major cities.

The Drone: Joseph de Maistre’s Executioner Corey Robin (Aquifer). I’ll take Gene Wolf’s Torturers any day. At least they are clear about the nature of their jobs.

Former President Clinton to give prime-time Democratic convention speech Christian Science Monitor. I’m sure Lambert will take note of this, but ugh.

My Big Fat Belizean, Singaporean Bank Account Adam Davidson, New York Times. Reader Francois T points out that Davidson wrote a “well balanced, no shilling for the 1%” piece. We will see whether this is an anomaly or a trend.

The Main Driver of GDP Growth: A Strong Rule of Law George Washington

It’s official. Bill Keller is the advance man for Obama’s 2nd Term plan to gut SS and Medicare. If you are a boomer, as I am, Bill Keller write to tell us that we’re entitled brats who have to get over thinking that we’re due any Social Security or Medicare. We have to learn to take one for the team and march happily into homelessness, food stamps (until they’re gone) and hopefully just fading into the sunset.

The piece appears to be a delivery vehicle for a “Third Way” paper with scary graphs “proving” it all. Therefore, we should all just behave and forget that we’ve been paying into the f***** system our entire working lives. Next up: Boomers are going to have to get used to eating bowls of rice once a day and forget about maintaining their entitled food habits.

Dean Baker takes Keller down: Bill Keller Wants to Take Away Your Social Security and Is Either Too Ignorant or Dishonest to Acknowledge that He Is Not a Typical Baby Boomer. Dave Johnson also has a go: Another New York Times Columnist Attack On Social Security And Medicare. But of course, NPR amplifies him.

Billionaire Mayor Bloomberg Sues to Keep New Yorkers’ Wages Low Alternet (Aquifer). Is there a way to keep people with a net worth of over $1 billion out of public office? They have no comprehension of the way the other 99.9% lives.

Did $600 Million Man U Soccer Jerseys Get A GM Executive Fired? Jalopnik (YY)

The douche burger, and putting a ruler to the dick mathbabe

Someone once said that decisions are made by those who show up, and when the people do not show up, that void is filled with low men who poison the process with money and greed, who make a living out of convincing Americans that voting is a waste of time, and who summon the infinite gall to blame the process when it fails due to their deliberate and overt disruption.

I’m going to try covering the horse race in short form so I don’t claw out my eyeballs or have a stroke. –lambert

As my stay here in Thailand winds down, I find that I haven’t done everything I came here to do; the time is all too short! So, because putting Campaign Countdown together takes a big chunk of my day, I’m going to adopt a short form for this week, where I focus on one or more of the major themes that have emerged since I started aggregating countdown snippets at 130 (that long ago?) As reader AB commented in mail: “[I]t’s as if by scavenging drops of dew from ground-floor news around the country, you put together a critical-mass glass of water to get me through the day.” Well, maybe it’s time to drink the water. While we still have it, that is. Kidding!

As readers helped evolve the countdown format, thematic labels emerged as buckets in which to toss the snippets: fracking, corruption, privatization, media critique, legacy parties, public goods, voting, various “flaps,” and many others.* So today I’d like to pick one: Corruption.

In the immortal words of Michael Dukakis, “A fish rots from the head first.” I’m terrified that the morals and ethics exhibited by the “savvy businessmen” who commit any crime with impunity will seep down to the local level, and at some point in the not-too-distant future, in my white bread small town in the great state of Maine, I’ll end up paying the code enforcement guy or the assessment officer; not in the usual, arms-length way through campaign contributions or the local power structure, but straight up, in an envelope or even right in the open palm. (That’s certainly how it worked in the last D administration on the landfills.) And if I have to live in a third-world country, well, there are plenty to choose from, some with pleasanter climates.

I’ve posted a lot of snippets labelled corruption: Not just for officials on the take to steer business to this or that function hall, or run-of-the-mill charter school looting (that, we expect), but for the democratic deficits in transparency and accountability that enable corruption. However, each one of these snippets is actually a sign of hope: For the corruption to be exposed to the light, a lot of people have to do the right thing! Reporters, editors, publishers; law enforcement personnel; concerned citizens; and especially the perp’s official colleagues, who have to overcome tribal and institutional loyalties and withdraw any protection they’ve offered to the practice. So, despite the best efforts of our kleptocratic criminal elites to turn the country into a “market state,” where literally everything is for sale, they haven’t succeeded yet. Civics 101! Optimism!

Finally, I’d like to connect two themes: Corruption and fracking. Wherever fracking gets in, transparency and accountability, the immune system that prevents corruption, weaken and fail. Doctors, for example, can be forbidden by law from telling their patients that their ills are caused by fracking fluids. Localities can have their home rule sovereignty taken away. Land owners may be forced to “sell” drilling rights whether they want to or not. “[O]nce a gas and oil company gets into your valley, they own you. They own the hospital. They own the commissioners. They own your mountains, and they will do what they want.” It’s unclear to me how many Americans will enjoy being owned, or for how long. I guess we’ll find out! From the standpoint of corruption, however, fracking looks an awful lot like the “resource curse” (I understand that the causality of the resource curse is disputed; the original idea seemed to be that the presence of resources skewed the political economy toward dysfunction, but the critique is that the dysfunction skews the political economy toward extraction; certainly in this country, the latter theory is tenable.)

I wonder if this seems familiar to the inhabitants of the shale regions in OH, CO, PA, NY, and TX, or the inhabitants of fracking supply chain states like WI (sand) and UT (waste pond sites). From the Wharton School, “Why Africa’s Oil Riches Don’t Trickle Down to Africans”:

Ghazvinian visited all of the major sub-Saharan oil producers and typically found the same situation in each. The sizzling oil sector was enriching a clique of politically connected people [kleptocrats] and creating boomtowns catering [meth, prostitution, gambling] to the industry but seldom providing much wider economic benefit or even employing many local people. “It’s a capital-intensive industry, not a labor-intensive one,” he points out. “So they don’t need to hire a lot of people, and the ones they do hire are petroleum engineers. You have local people hired to be security guards, but that’s about it.”

On top of that, the flow of oil riches can create bizarre contrasts. Luanda, the capital of Angola and also the center of its oil industry, is just one example. Luxury high-rises are being built there despite the country’s extreme poverty, … “The disparity between rich and poor there is like nowhere else in the world.”

* 37 days until the Democratic National Convention ends with Pla Som Tod for everybody on the floor of the Bank of America Panther Stadium, Charlotte, NC. There are 37 NBA players in Olympic basketball. 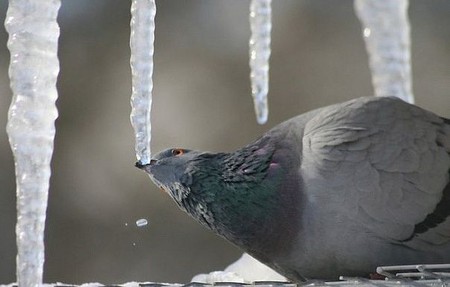