Why Are the Big Banks Suddenly Afraid? New York Times

U.S. to allow Shell to begin prep work for drilling in Arctic Reuters

“If you have to assert you are human, there’s no way you are going to be elected.” –Frank Luntz

RNC. Ryan review: Dazzling, deceiving, distracting (on FOX, of all places). Eastwood: “[T]here’s 23 million unemployed people in this country. (Cheers, applause.) And now that is something to cry for because that is a disgrace, a national disgrace. And we haven’t done enough, obviously. This administration hasn’t done enough to cure that. And whatever interest they have is not strong enough.” No teleprompter. … Losing the political class: “Backstage, stern-faced Romney aides winced at times as Eastwood’s remarks stretched on.” … Rubio, snark watch: “Our problem with President Obama isn’t that he’s a bad person. By all accounts, he, too, is a good husband, and a good father … and thanks to lots of practice, a good golfer. Our problem is that he’s a bad president.” … Romney, snark watch: “You know there’s something wrong with the kind of job he’s done as president when the best feeling you had was the day you voted for him” (transcript). … Romney: “What America needs is jobs. Lots of jobs. I have a plan to create 12 million new jobs.” (“Pick out any idea, compare ideas, with the one idea left you have no doubt and without a doubt we have enthusiasm!” [07:37]). … Losing the political class: “‘Mr Chairman and delegates, I accept your nomination for president of the United States,’ says Mitt when he reaches the podium. He appears to be shedding a few tears and his eyes are quite red.” Jeebus, “appears”? … Losing the political class, Taegan Goddard: “Mitt Romney accepted the R presidential nomination but gave a speech that was flat. He started slowly, often rambling, but gradually moved to a more powerful, scolding tone. It was utterly predictable and lacked specifics, but he checked off most of the important topics.” Two quotes: Josh Marshall (D), Andrew Sullivan (Obama supporter). … Losing the political class: “But the celebratory finale did not completely erase a flat feeling that hovered over the convention, leaving open the question of whether Romney had accomplished what he needed to do.”

RNCon protests. Crowds: “I guess all it takes to squash a big protest is $50 mill in taxpayer expenditures and the threat of a hurricane.” …. Exterior lines: “Many Romneyville residents are relocating their impromptu community to Charlotte and the DNCon. They are hoping for bigger crowds and more energy, drawing on Occupy activists from cities along the Eastern seaboard.”

Conventions. The hall and the program: “There is a curious interaction at national party conventions between the physical setup of the convention writ large, the effective content of its substantive program, and the technology by which this substance is communicated. [N]ow that the hall has actually been used to deliver a program on both Tuesday and Wednesday nights, it is probably time to consider the two sides of this interaction, ‘the Hall’ and ‘the Program’.” Recommended.

AL. Extractive economy: “Black Warrior Riverkeeper opposes the Shepherd Bend Mine, which would discharge wastewater from coal mining into the Black Warrior’s Mulberry Fork only 800 feet from a major drinking water intake for 200,000 customers of the Birmingham Water Works Board (BWWB).”

CO. Fracking: “In a highly charged vote Tuesday night, [Erie’s] Board of Trustees decided to let a six-month moratorium on new oil and gas operations expire Monday while entering into agreements [memoranda of understandings] with energy producers that will place tough regulations on their operations. In an email, Colorado Oil and Gas Conservation Commission Executive Director Matt Lepore said the best management practices contained in Erie’s MOUs “can be incorporated into a COGCC permit to drill as enforceable conditions of the permit.” … Fracking: “Anadarko Petroleum Corp., which estimates its Colorado reserves at the equivalent 1.5 billion barrels of oil, is set to spend about $1 billion this year on its Weld County operations, a company spokesman said.”

FL. Voting: “[A]t least one person will be going to jail for voting illegally in 2008. Josef Sever, born in Austria, pleaded guilty Thursday to voting in the November 4, 2008 presidential election even though he is not a U.S. citizen. Sever, who also received a concealed firearms license and bought nine guns under the pretense that he was U.S. citizen, faces up to five years in prison for the voting and gun-related charges.” It would be an Austrian. …. Isaac: “Health officials are warning those homeowners they will have to extensively decontaminate anything that makes contact with contaminated well water — filters, pipes, water softeners — everything [after their wells and septic fields were inundated]. Further, government won’t be testing their well water for them. They’ll have to take care of that on their own.” … Police state: “A north Florida judge has sentenced a 21-year-old homeless man to 180 days in jail for stealing $2 worth of candy.”

MT. Legalization: “A convicted Montana medical marijuana provider with a history of serious illness died [in custody] Thursday after his transfer to a federal prison that could give him proper medical care was delayed for months.” As surely as if they’d beat him to death.

NY. Handmaid’s Tale: “Five women who worked for Vito J. Lopez, the [D] assemblyman at the center of a broadening sexual harassment scandal, described in interviews an atmosphere of sexual pressure and crude language in his office.”

OR. Pissoirs: “Here, where just about everything is greener, hipper and more carbon-neutral, it was only a matter of time before someone came up with a sustainable urban toilet.”

TX. Voting: “Following on the DOJ finding last March that the R-enacted polling place Photo ID restriction law in Texas was discriminatory, in violation of the U.S. Voting Rights Act (VRA), a three-judge U.S. District Court panel has again blocked the law from being implemented.” … Voting: “When Texas filed its case in defense of the law in the District Court, it made two general points: first, that the [photo ID] requirement does not reduce the voting rights of minorities protected by the Voting Rights Act and thus should be cleared, and, second, that if the Act did not get clearance, then the Act itself is unconstitutional. ” So now comes part 2. …. Voting: “TX is likely to appeal this case to the Supreme Court, and I would expect to see an application for an emergency injunction allowing TX to use its voter id law during the upcoming election. If this happens, this will be a major question for the Roberts Court, and it would have to be decided in short order.” Son of Bush v. Gore. … Vampire squids: “A small number of homeowners who lost their homes last year to the wildfires in Bastrop, TX, reported that their mortgage lenders made them pay down or pay off their mortgage balance with insurance money, instead of applying the funds towards rebuilding.” So why get insurance?

VA. Extractive economy: “Local residents assert that while the [Coalfields Expressway] project is being billed as a highway project, in reality it’s a taxpayer financed strip mine that is likely to be exempt from all of the permitting requirements and other protections provided for communities and the environment by the Surface Mining Control and Reclamation Action.”

WI. Fracking: “One of the themes that emerged was worries about a lack of transparency about who owns the [fracking sand] companies. [Landowner Paul van Eijl] said he can’t say who’s funding Superior because those with a lot of money to invest don’t want to be known.

Outside baseball. Torture: “The DOJ has just formally ended their investigation into CIA ‘enhanced interrogations’ without bringing any charges.” Man, I’m so old I remember when “progressives” actually thought torture was important. Good times. … Food: “Nationally, food insecurity among elderly Americans increased by 78 percent between 2001 and 2010, according to the Meals on Wheels Association of America. In 2010, nearly 15 percent of all American seniors weren’t sure from day to day if they’d have access to food.” USA! USA!

Robama vs. Obomney watch. Convention review: “‘We can do better’ was the overall theme, with each night having its own: ‘We did build it,’ ‘We can change it,’ and ‘We believe in America.’ What does that mean? It sounds as empty as the words that speaker after speaker mocked this week: Obama’s promise four years ago of hope and change.” Yep. …. Bots: “Watch how often Obama supporters will defend their leader from conservative attacks by proudly arguing that Obama’s policies are actually the same as that which conservatives advocate.”

The trail. Razor-thin margin: “[T]he best explanation I can come up with for the gap between the polls, on the one hand, and the apparent confidence of Obama’s camp (and the lack of confident in Romney’s revealed behavior) on the other, it’s that the polls are showing more white people than either campaign projects.” Or “It’s not your night, kid.

Romney. Facts: “While Obama and his allies have made many misleading claims of their own, the frequency and repetition of the Romney campaign’s claims has been particularly striking.”

Obama. Legalization: “Despite several of the most upvoted questions being about the drug war and marijuana prohibition, the President again chose to ignore the subject. Instead, he decided to answer important questions about the White House beer recipe and who his favorite basketball player is.” Brave Sir Robin! … Fear of a Black President, Shirley Sherrod: “How can I explain to my children that I got fired by the first black president?” Tell them you got fired by America’s first black fascist President! [rimshot. laughter] … Bots: “Well, you can have your opinion about Afghanistan, but that’s no reason to character assassinate the President” (sigh). … Rape: “In May 2009, Barack Obama announced he would not comply with a court order that would have brought hundreds of meticulously documented cases of rape and sexual assault from prisons in Iraq and Afghanistan to the forefront of public debate and scrutiny.” Because “rape is rape,” except when it’s not.

* 7 days until the Democratic National Convention ends with surplus cheese for everyone on the floor of the Panther Stadium, Charlotte, NC. CT, OK, OR have 7 electoral votes.

NOTE Had to do a little Gregorian reform there; I think crossing the international dateline scrambled my calendar circuitry and simple arithmetical processes, such as they are. T 0 is September 7, when the campaign begins. My bad. 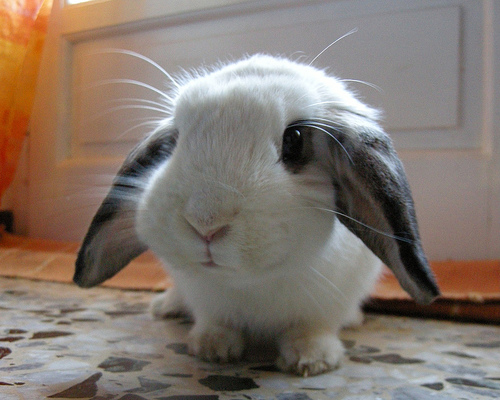