A tail-risk short position that will pay off soon John Dizard, FT

Dad, you were right Gillian Tett, FT. A penny for the old guy?

What the Pope’s butler saw Independent. Power struggles in the Vatican.

Intelligence office says it got Libya attack wrong, not White House McClatchy. Falling on their sword?

Obama blocks Chinese purchase of US wind farms AP. They’re near a drone base.

The plan is to pay out the claims in mid-2013. If this works and they get the target of 750,000 responses, then the payout will amount to $2,000 “sorry your home was stolen” checks. However, the challenge will come in actually finding these homeowners, who after all lost their home and experienced an upheaval in their lives. They may have left a forwarding address, and presumably that’s where these claim forms are being sent, but that doesn’t necessarily mean that the families still live there. Moreover, foreclosure victims may be wary of anything through the mail that has their old bank’s name on it and references their past foreclosure. Hopefully the packet doesn’t look like the bank going after them for a deficiency judgment.

The secrets of Buffett’s success Economist

Readers, I apologize for the abbreviated links here “below the fold.” It seems like half the people I know are, like me, “sick and tired” (thought not of NC of course). So I’m turning in earlier.

Raymond Shaw is the kindest, bravest, warmest, most wonderful human being I’ve ever known in my life. –The Manchurian Candidate

CO. Fracking: “A group has been formed to fight the city of Longmont’s proposed ban on fracking that is going to voters in November, and one of the state’s most prominent political consultants has been enlisted to lead the effort.” Big budget; nasty. … Fracking: “Buffeted by public opposition and towns toughening local limits, CO officials are preparing to revise state regulations governing oil and gas drilling. Industry groups on Thursday opposed the effort.

IN. Corruption: “While the 2011 document for Evansville does not allege fraud or other criminal activity, it does state that because the city ‘did not properly maintain accounting records,’ state auditors ‘were not able to apply other auditing procedures to satisfy ourselves as to whether the financial statement (is) fairly stated.'”

FL. Voting: ” What first appeared to be an isolated problem in one FL county has now spread statewide, with election officials in nine counties informing prosecutors or state election officials about questionable voter registration forms filled out on behalf of the R Party of FL. [Rs] already have fired the vendor, and took the additional step of filing an election fraud complaint against the company, Strategic Allied Consulting.” Chutzpah! … Corruption: “[Disney] has spent nearly twice as much money as it had at this same point during the 2010 elections, and it has spent about six times as much as it did during the entire 2008 cycle.” …. Corruption: “Thousands of cellphone text messages accidentally released by Mayor Teresa Jacobs [show] how the sick-time ballot initiative was kept off the ballot. They also show the influence of corporate lobbyists and legal confidantes on Jacobs, who ran as a maverick outsider willing to take on powerful interests. The messages show how she, her staff and a ring of informal advisers worked with businesses to defeat the measure, which would require many employers to provide sick time to their workers.” I like the “maverick outsider” part. Hope and change! … Grandstanding; “Gov. Rick Scott announced late Friday he planned to join the search for missing University of Florida student Christian Aguilar.” Oh, come on.

ME. Teebee: “The D Senate Campaign Committee is buying $410,000 worth of TV advertising in the U.S. Senate race in ME, but it’s not clear for whom.” Yes, because the D’s threw their own candidate under the bus because they thought King (I) was a shoe-in. Too funny! … Ladies of negotiable affection: “[Attorney Daniel] Lilley has said earlier that he had heard, prior to the evidence being turned over to him, that there were up to 200 names on the client list which included prominent people in the community. Police records state that the dance studio owner videotaped many of the clients without their knowledge and maintained a very specific list of services rendered to clients.”

MT. Legalization: “[Tom] Daubert was a successful lobbyist and public relations consultant for 35 years. More recently, he’s known for his work on behalf of legalizing medical marijuana and as a primary author of Montana’s 2004 Medical Marijuana Act. In April, he pleaded guilty to conspiracy to maintain drug-involved premises. The charge resulted from his involvement in Montana Cannabis, at one time among the largest dispensaries in the state. Daubert always envisioned Montana Cannabis as a model for how a caregiver ought to operate. Daubert had no criminal record before the felony conviction in April.” Nice work on the medical marijuana crackdown. Barack. …. Legalization: “‘It doesn’t bode well,’ said Missoula attorney John Smith, who represents a medical marijuana provider who has made a plea deal. ‘These are people who weren’t hiding anything, so when the federal government prosecutes them, it’s like shooting fish in a barrel.‘” … Hydrocarbons: “The Public Service Commission says the state’s largest two utilities are asking for natural gas rate increases. [N]atural gas prices are near historic lows, and notes the average customer bill has dropped about 40 percent in the last four years.” Just because your bill is low now…

TX. Pipelines: “In an age of political polarization, it was refreshing to see older, self-identified Tea Party members who deeply value property rights literally holding hands and linking arms with bright-eyed young environmentalists and Occupiers, some of whom owned nothing but their clothes and the food in their travel packs. The traditional categories often applied to climate justice activists break down when we look at the coalition of pipeline resisters now ready and willing to put their bodies on the line.”

VT. Nukes: “[Arnie Gundersen: ] You’re not going to find the significant changes that really need to be implemented because the plants can’t afford to implement them.”

WA. Water: “A long-awaited [EPA] study says Lower Yakima Valley dairies and several farms are ‘likely’ sources of nitrates contaminating private drinking water wells. The report singles out five dairies, including several whose lagoons it estimates have leaked millions of gallons of manure into the underlying soil each year. [A]bout 24,000 residents [many low-income] — a third of the region’s population — rely on private wells for drinking water.

* Slogan of the day: The radiance of Obama Thought eternally illuminates all of the nation! 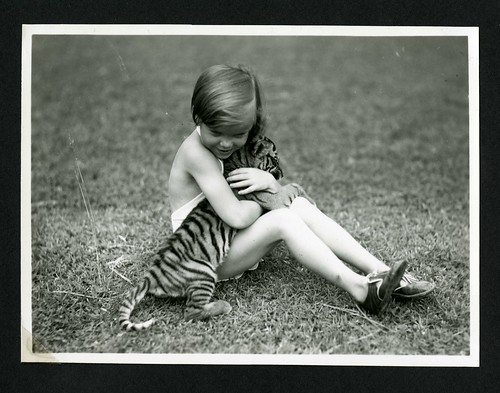