If the Mars rover finds water, it could be H2 … uh oh! LA Times. Contamination.

With No Contract Deal by Deadline in Chicago, Teachers Will Strike Times

Afghan prison Bagram to be handed back by US BBC

Jobless to be drafted in to clear burnt land El Pais

It is IMPOSSIBLE for the US to default!!! Forbes

The Art of Demanding Jacobin Magazine

Anonymous: behind the masks of the cyber insurgents Guardian

The Primacy of Politics FDL (CB)

The world’s No. 1 jumbo jet languishes, looking for a savior Seattle Times

“What’s the point to callin shots? This cue ain’t straight in line Cueball’s made of styrofoam And no one’s got the time” –Grateful Dead, Mississippi Half-Step Uptown Toodleloo

Occupy. Celebrities: “[Jay Z’s] criticism of the political protests seems particularly striking considering he briefly sold t-shirts that played on the cause’s name but didn’t donate anything back to the organizers.”

DNCon. Police state: “When the city of Charlotte passed a new ‘extraordinary events’ ordinance for the DNCon, police were given new power to stop and search. The ordinance was rarely applied to protesters, some of whom were allowed to march wearing bandanas covering their faces and helmets — actions and items that were banned under the ordinance.”

AZ. Indicator: ” So many cats and kittens have been turned in for adoption, the Arizona Humane Society is now waiving all adoption fees for cats.”

CA. Homeless: “[Joan Burke of Loaves & Fishes] estimated that 1,000 people sleep outside in Sacramento every night, about 200 of them in the vicinity of the American River.” … Reform: “The [Think Long] committee [here] expresses great admiration for ‘decisive and unified leadership’ in China.”

CT. Libertarian Party: “The CT Secretary of State has indicated that the Libertarian statewide petition has enough valid signatures. The petition puts [Gary Johnson] on the ballot.”

FL. Mass incarceration: ” FL health and disability administrators have been systematically dumping sick and disabled children — some of them babies — in nursing homes designed to care for elders, in violation of the youngsters’ civil rights, the U.S. Justice Department says.” … The Bill Clinton: “Former president Bill Clinton is scheduled to speak Tuesday, Sept. 11 at Florida International University, according to Obama For America.” … The Obama: “Yet the [Kissimmee] crowd was worked up, often roaring, sometimes pounding seats, sometimes drowning out his public address system as Obama made the case for a regulated economic recovery versus a free-market economic recovery.” … The Obama: “If Obama’s speech Saturday in Kissimmee had the rowdiness of a pep rally, the Melbourne event had the passion of a church revival, with audience members often shouting everything but “Amens!” as the president spoke, and Obama sometimes responding back”

GA. Turnout: “So far, there’s little evidence black voter turnout will be as big as in 2008.”

IL. Diane Ravitch: “I will be wearing red in solidarity with the Chicago Teachers Union tomorrow, in support of whatever decision they make.”

IN. Horror:”A parasite commonly referred to as the ‘brain-eating amoeba’ infected a man teaching his daughter to swim in a southwestern Indiana lake, killing him within weeks.” From autopsy, yet to be confirmed by CDC. … DIY: “The 17 members of Bloominglabs pay $40 a month to rent a commercial space on Bloomington, [IN’]s west side, and store and share their tools and equipment in the workspace.” First mainstream mention of Arduino I’ve seen.

ME. Catfood Commission: ” Federal debt commission co-chairman Erskine Bowles told a Portland audience Sunday that independent U.S. Senate candidate and former ME Gov. Angus King would bring to Congress the political will to cut spending and close tax loopholes in order to reduce the national deficit.”

MI. Charters: “[W]ith the proliferation of new charters this fall because the cap was lifted (30 new schools, the most since 1999) we’re seeing low-performing operators expand aggressively.”

MO. Akin: “A Sept. 25 deadline looms. That’s the last day Akin can petition MO courts to remove his name from the ballot — and comply with the near-universal calls from party leaders who think his comments have made unwinnable a seat they need for an easier path to a Senate majority.”

MT. Climate: “[M]ost of MT is under a red flag warning that cautions of the potential for explosive fire growth through Tuesday evening.”

OH. Climate? “Growingbear populations in PA and WV are pushing young male [black bears] into OH. [S]ightings have jumped from only about 30 in 1998 to 150 a year ago.” … Voting: “Ds, for now, have exactly what they want. An unelected federal judge — not the elected, R-run General Assembly — has control of a key facet of presidential voting in OH: In-person absentee voting the weekend before Election Day, when a significant number of black Ohioans prefer to vote.”

TX.Mass incarceration: “[T]his biennium’s corrections budget was an eye-popping 274% higher than it would have been if spending had increased in tandem with inflation and population growth.” …. Corruption “A court-martial due to start in the case against a Texas Air Force basic training instructor accused in a sex scandal at [Lackland Air Force Base] was delayed without explanation Wednesday.” … Sustainability:”Residents of [Elgin] are invited to take part in an innovative planning effort to help shape the future of Elgin. The Sustainable Places Project [here] will be hosting a public visioning workshop on Monday.”

VA. UVa, putsch: Handy interactive timeline in The University of Virginia Magazine. Still no why. … Senate, Kaine v. Allen: “Still: The race [between Tim Kaine and George Allen] is so tight it resembles the 2000 FL recount, where the margin of error was greater than the margin of victory.”

The economy. Better off? “Since December 2007, American median household income has fallen by almost 8 percent. At the same time, 93% of the gains from the economic recovery have gone to those with incomes in the top 1 percent.” … Sh*t happens: “[AUSTAN GOOLSBEE:] We have been plugging along at modest growth because we’re coming out of the worst financial crisis in our lifetimes. That’s what happens.'” Shrug (and by contrast).

Outside baseball. Gambling: “Thank God for Intrade, which finally extends the benefits of campaign gambling, which the wealthy have enjoyed for so long, to the little guy.” … Food: “Proposals to impose deep cuts on the $75bn US food stamp programme could eat into profits at food companies that rely on low-income customers stocking up on snacks and drinks. ” Not to mention High Fructose Corn Syrup.

The trail. Conventions: “From the podium and thus for the network television audience, they allowed the Rs to focus on their intended referendum and the Ds to focus on the demonization [hmm] of those Rs.” … Swing states Keynesianism: “While most of the debate nationally still revolves around why the economy remains so pathetic, there are several pivotal states — OH, FL, NV, VA — where things are slowly turning around. In these states, the real issue may not be who deserves blame for economic ruin but rather who deserves credit for a rebound, and what really causes jobs to come back after they’ve been lost.” … Trojan horse: “The legacy of Wisconsin, as [Van] Jones appears to see it: to catalyze Obama 2012 house parties.” … Divided government: “There is surging optimism among Ds that the party will hold the Senate.”

Grand Bargain™-brand Catfood watch. Only Obama can go to China: “[OBAMA: ]So I’m, you know, more than happy to work with the Republicans. …I’m also going, by the way*, to make some adjustments to Medicare and Medicaid that would strengthen the programs” [* a tell]. Cf. here and here.” ] “[PLOUFFE: ] And I do think one of the messages that is going to come through in this election is the American people want us to compromise and they want a balanced approach. ” Yes, the Ds really are running to secure a mandate to cut Medicare.

Robama vs. Obamney watch. Krugman: “The inexorable logic of the situation, then, leads to a three-legged stool of community rating + mandate + subsidies = ObamaRomneycare.” Which would be why you should vote for.. vote for… Apathy: “On Saturday Nancy Pelosi denied reports that she once pressed the mute button while the president was on the line. Most Americans would probably have pleaded guilty whichever candidate was on the other end.”

The Romney. Legalization: “I asked Congressman Ryan: “In CO we have medical marijuana. Under a Romney Ryan ticket, what happens?”RYAN:‘It’s up to Coloradans to decide’” (a welcome change). … Tax returns: “In a full page ad this morning in the Washington Post, on page 20 across from the op-ed pages, Hustler offers $1 million in cash for information on Mr. Romney’s “unreleased tax returns and/or details of his offshore assets, bank accounts and business partnerships.”

The Obama. Money: “Prominent D fundraisers say they will make overtures to wealthy supporters such as David Geffen, the billionaire music and media investor, Haim Saban, the part-owner of Univision Communications, and Oprah Winfrey [to raise up to $150m].” … Jobs, Lynn Sweet: “The 96,000 jobs created are drops in a big bucket. There were about 12.5 million unemployed Americans in August, which the Labor Department said was about the same as in July.” … Polls: “Weekend polls where Obama is gaining include Gallup, Reuters/Ipsos, and Rasmussen. The differences between the two candidates are small here — single digits — but the trend at this point is in Obama’s direction.” … Polls, Nate Silver: “But there is also the possibility of Obama holding as much as an eight- to nine-point lead over Mr. Romney in the polls once they fully reflect post-convention data. His polls seem to have been about that strong since Mr. Clinton’s speech, at least.” … The worker’s friend: “Vice President Joe Biden got caught in a stunning photo with a female biker sitting on his lap.” “Caught,” my sweet Aunt Fanny. You couldn’t buy coverage like this.

* Slogan of the day: “Everything within The Romney, nothing outside The Romney.” 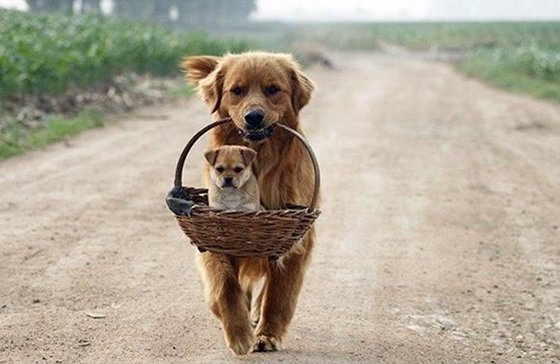