The pool of water under the Midwest is being sucked dry. The drought is making it worse Grist (Aquifer)

The punks on trial for blaspheming Putin Financial Times

CHART OF THE DAY: The Latest Foreclosure Data May Be A Bad Sign For The US Housing Recovery Clusterstock (furzy mouse)

Levin hits back on lack of Goldman charges Financial Times

Standard Chartered Said To Agree To N.Y. Monitor Demand Bloomberg. As if they have a choice? Trust me, SCB has NO leverage here.

Down With Shareholder Value Joe Nocera

“I read the newspapers with lively interest. It is seldom that they are absolutely, point-blank wrong. That is the popular belief, but those who are in the know can usually discern an embryo of truth, a little grit of fact, like the core of a pearl, round which have been deposited the delicate layers of ornament.” –Evelyn Waugh, Scoop

Occupy. Thoughtcrime: “According to a copy of the warrant, agents were looking for black clothing, paint, sticks, flags, computers and cell phones, and ‘anti-government or anarchist literature.’” I’ve got black T-shirts. Also paint and sticks. Am I profiled yet? … Memphis: “Memphis police officers on Friday dismantled the Occupy Memphis encampment from a downtown plaza that served as the movement’s home for 10 months.”

AZ. Power lines: “The company behind SunZia, SouthWestern Power Group, would have you believe that the 16-story high transmission lines would primarily transmit renewable energy. However, every one of their many options for routing their transmission lines goes by a planned fossil-fuel plant in southeastern AZ.”

CA. Police blotter: “A witness in Mike Rios’ pimp-pander-rape preliminary hearing Friday, Aug. 10, testified that the school board member ran a prostitution business out of his Moreno Valley home — with prostitutes and his children present at the same time. The woman even cooked and cleaned for the children, she testified.”

CO. Fracking: “The Thompson Divide isn’t simply a little slice of Heaven in Western CO. It is the battle line between an industry focused on creating unmitigated profits with legislative protections under local, statewide, and national energy policy on our public lands, and the citizens, sustainable eco-industries, and eco-systems reliant on keeping these lands whole and preserved.”

FL. On the one hand: “Lisa [Epstein] is the only candidate who has demonstrated her willingness to expose fraud in the county land records. She has worked and will continue to work to expose fraudulent mortgage documents filed in the courts and in the county land records. Lisa will work to hold the banks, mortgage servicers and MERS accountable for their destruction of property chain-of-title.” … On the other: “Lisa Epstein, 49, is running against Bock. She is an earnest mortgage fraud activist and a longtime nurse, but her credentials do not stack up as serious qualifications to run the clerk and county comptroller’s office.” Ah. “Credentials.”

IA. Voting: “An IA Division of Criminal Investigation agent has been assigned to a two-year term in SoS Matt Schultz’s office to look into allegations of voter fraud, the R election chief’s top cause.”

MI. Voting: “[F]our aides to former long-shot GOP Presidential candidate and U.S. House Rep. Thaddeus McCotter [R] were indicted yesterday on dozens of criminal felony and misdemeanor election fraud charges for having turned in over 1,500 forged and falsified signatures in a ‘blatant’ and ‘disgraceful’ attempt, as the state’s Republican AG described it, to qualify the Congressman for this year’s ballot.” Yeah, but did they have photo IDs?

NC. DNCon: “Despite a government crackdown, low-fare bus companies with some of the worst safety records in the nation are still running to and from Charlotte every day.” So, if you’re travelling… DNCon: “[D] leaders announced deposits totaling $4.5 million at two community banks and a credit union, touting their commitment to small and minority-owned lenders. Yet they’re doing much more business with Bank of America: The share of convention money passing without fanfare through the nation’s second-largest lender could reach $65 million.

OH. Voting: “To use the [online change of address] service, you must provide four ‘identification keys’ that exactly match the Statewide Voter Registration Database, [SoS Jon] Husted said. Those are the voter’s last name, Ohio driver’s license number, last four digits of the Social Security number and the date of birth. Voters can still change their addresses by mailing in a form or visiting their local board of elections. ” Fortunately.

PA. Criminal elites: “Steal from your employees, do it openly and flagrantly, and your worst-case scenario is generally just a civil lawsuit. Best-case — and most likely — scenario: You get away scot-free. Theft is especially rampant in the low-income service sector — which also happens to be where the jobs are. The lack of either strong anti-wage-theft legislation or sufficient local or state resources dedicated to the issue has, some argue, made Philly a haven for predatory bosses looking to save on payroll. ”

VA. UVA putsch: “‘All are burdened by the state of the university in the aftermath of the crisis, because the crisis is not over,’ the alumni wrote. ‘It will not end until the board acknowledges publicly that UVa suffered a significant failure of corporate governance; and it will not end until Board members finally explain candidly, to satisfy common sense, what really motivated them to act so precipitously.'” Because we still don’t know what really happened, do we?

“The economy.” Normalization: “It’s really kind of a boring story. Hardly where we want our economy to be, but hardly slipping into catastrophe, either. It’s the kind of economy, sad to say, that we’ve all gotten used to.” What you mean, “we”?

Grand Bargain™-brand Catfood watch. David Dayen: “Ezra Klein, who has impeccable sources inside the Administration, makes a bet that [Catfood Commissioner Erskine] Bowles will succeed Tim Geithner as Treasury Secretary in an Obama second term. And, he would be there specifically to secure a deal along the lines of the grand bargain” (CB).

Outside Baseball. Obstructionism: “It seems pretty newsworthy for [Biden] to charge that seven members of the opposition confided to him that their party had adopted a comprehensive strategy to oppose literally everything the new President did.” So, faced with this intelligence, what did the Ds do? End the filibuster with the nuclear option? Of course not. It’s a two-fer: The Ds get to be do-nothings, and whine about it. … Red vs. Blue: “Much has been written about how the Web destroys local geography and local community (individual micro-targeting dominates now), but that theory ignores a larger reality. The vast array of outlets and opinions available on the Web, combined with the self-segregating Americans have done in the past few decades, which Patchwork Nation has documented, have in some ways led to greater differences at the community level.” … every year. Last year, everybody got sick.”

The trail. Polls: “Three polls released in the last 24 hours show Obama widening his lead over the [Romney] to as much as nine points. The surveys of registered voters, all conducted sometime between Aug. 2 and 8, also have Romney’s unfavorable ratings headed north. Two of the polls show his support among independents slipping.” … Polls: “Romney’s campaign is brushing off a series of polls that show Obama building a sizable lead nationally.” … Polls, Silver: “The balance of polling data has still been favorable to Obama over the past few weeks — but as I wrote yesterday, it’s very unlikely that there has been some sort of sea change in the race.” … Polls: “Here’s why many Rs think they’re in good shape — and many Ds agree: The GOP’s enthusiasm advantage, the economic drumbeat, money, and voter suppression.” … Polls: “Voter interviews also remain the best way to double-check the polls and pick up trends that may not have yet have registered in the surveys.”

Romney. Messaging: “So what has the Team Romney message been this past week? Welfare, Israel, negative Super PAC ads and Lech Walesa and the Pope. They’ve been all over the place.” … Tax return/Reid flap, Kos: “Former Utah Gov. Jon Huntsman’s dad sounds like the likely source.” … Tax return/Reid flap, Sargent: “But I just got off the phone with Huntsman. and he confirmed to me that he is not Reid’s source.” … Tax return/Reid flap, Chait: “Reid has a right to pass on a reasonably well-sourced rumor and throw the ball into Romney’s court.” … Veepstakes: “He enters what could be the final week of VP speculation. We’re in any-day mode with his running mate selection. And he’s at a point where the running-mate selection, which will change the subject from whatever’s being talked about, is going to be made when Romney’s behind [see The Trail supra], making it more defining than perhaps he ever wanted it to be.” … Veepstakes: “[T]he conservative drumbeat for Ryan has grown so overwhelming that it’s no longer even clear that Romney could turn Ryan down for an Incredibly Boring White Guy, even if he wants to. The Republican Party belongs to Ryan.”

Obama. Crowds: “About 4,200 people of all ages and colors spread across a green at Colorado College on Thursday in this conservative city for a rally with President Obama. Good crowds, especially compared with the hundreds that typically turn out to see Mitt Romney. But four years ago Mr. Obama often was drawing five-digit throngs.” …Unity pony: “Rich Beeson, the campaign’s political director, said the large number of non-Obama D delegates from states like AR and WV aren’t ‘even going to be allowed on the floor.'” … Unity pony: “Advisers to Obama are scripting a DNCon featuring several Rs [Arnold? Huntsman?!] in a prime-time appeal to independents — and planning a blistering portrayal of Mitt Romney as a heartless aristocrat who “would devastate the American middle class.” Bush? Cheney? John Yoo? Or Rs whose policies Obama didn’t implement?

* 28 days until the Democratic National Convention ends with North Caroline barbecue for everybody on the floor of the Panther Stadium, Charlotte, NC. There are 28 grams in an ounce. 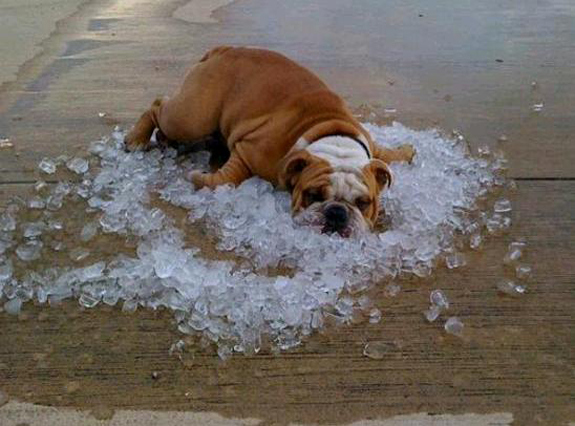