In California, a Stench is Born (and Blown) New York Times

You only get the broad picture [updated] FT Alphaville

In unusual snub, Obama to avoid meeting with Netanyahu Reuters and US and Israel in open feud over Iran Financial Times. This follows a major scaling back of joint military exercises.

And then we have: Obama, Netanyahu agree on blocking Iran nuclear program Associated Press. So what sexual favors were exchanged for the Administration to get the AP to run a very helpful headline that misrepresents the content?

And even more fun: Netanyahu blasts Obama administration ahead of election Foreign Policy (Lambert). An article with a similar headline at the WSJ got 1127 comments in a bit over 6 hours (most of those on the graveyard shift).

Bank Branches Continue To Vanish Huffington Post. Bank branching was clearly overdone (displacement of liquor stores was a clear tell) but that does not mean they will not go too far in the other direction.

Moody’s threat to strip US of top rating Financial Times

The Fed’s Synthetic QE Program Has Been Working Great Clusterstock

Chicago Teachers Strike. The Obama: “Obama is between a rock and a hard place. He can’t support the teachers, not only because the Rs will jump on him but because the teachers are striking against his own education policies. On the other hand he can’t condemn them for the strike and turn off many teachers around the nation who not only vote but are activists in elections.” So he’s “for the children.” Like everybody! … Negotiation 101: “[CPA board President David Vitale* of the union:] This is not the behavior of a group of people that are serious about the interests of our children.” [* connections; “Mr. Vitale gained experience in a number of industries, including education, banking, financial services and investment management.” Power: “Thousands of red shirts* were swarming south on Clark Street, chants rising toward the tops of skyscrapers, protest signs bobbing in the September sun.This was serious power. Here was an army made visible.” [* Cf. VA -> Evictions] … Signage: “‘Fighting to make CPS a district where Rahm would send his kids” Ouch. … ChicagoLand: “The ruckus in [Lake Forest] is one of several contract battles being fought outside of the city. [S]uburban negotiations center on the traditional issues of pay and benefits.”

CA. Occupy: “Protesters with the Occupy movement, the ACLU and homeless advocacy groups dined on the front lawn of City Hall afternoon – an action that could land them a misdemeanor charge by the end of the night. The City Council is scheduled tonight to debate a new set of laws governing the use of the City Hall grounds. The ordinance would allow protests without permits or fees during the day, but require permits for a host of actions – including noisemakers and signs.” Signs?!?!? … Pensions: “Gov. Jerry Brown, who will travel to Los Angeles to sign legislation reducing public employee pension benefits, said today that the measure, though less sweeping than he proposed, is ‘the most that could be gotten’.”

FL. Zietgeist watch: “”You can have your doomsday bunker if you want. You just can’t make it out of stolen materials.” … Ballot: “[The FL ballot is] so long that voters will have to fill out [5 sheets] with races on both sides, then feed those multiple pages through ballot scanners, one page at a time.” Recipe for long lines, jams, miscounts, and challenges. … Water: “Although West Palm Beach water officials say they don’t need help from outsiders to buttress their supply, two rock-mining companies want the city to buy into their plans to build reservoirs and then sell the water to the city.”

GA. Militia: “Four former Army soldiers and a civilian have been charged in new indictments for connections to a militia allegedly led by [Isaac Aguigui,] a Chelan County man and other Fort Stewart, Ga., troops. A Liberty County grand jury indicted the five on charges of illegal gang activity and various counts involving theft, burglary and auto break-ins. Those crimes were committed to help fund the militia group [F]our of the men charged in the latest indictments are former soldiers. The new indictments bring to 10 the total number of people charged in connection with the militia group.” Well, no more “anarchist” nonsense at least. … Charters: “Half of Georgia voters surveyed support changing the state constitution to allow the state to grant charters to schools begun by parents over the objections of local school boards.”

ME. Corruption: “Not even LePage’s own personal advocacy group is willing to dispute that: 1. Companies that stand to profit from [pro-charter] changes in ME’s laws gave tens of thousands of dollars to support his candidacy and that 2. A foundation funded by these corporations that advocates for policies that would help their bottom line was then allowed to write key portions of LePage’s education agenda.” Baldacci’s landfill; LePage’s charters.

NV. Charters: “Combine the top two reasons for charter failure and we find 65.7% going down because of financial constraints and/or mismanagement. ” Good takedown. Too bad both parties support corporate schools.

NY. Pipeline: “A compressor station, commissioned by the Millennium Pipeline and fast-tracked by the New York Department of Environmental Conservation (DEC) and FERC (Federal Energy Regulatory Commission), is slated to go up in the middle of a residential community in Minisink, NY [populated by many 9/11 first responders,] posing both environmental and health risks due to the high quantity of toxic emissions from this type of facility.” … Corruption: “Former City Council Speaker Peter Vallone’s lobbying firm was hit with a mind-boggling $470,000 fine — but got it knocked down to $70,000 after it hired the former head of the State Lobby Commission to plead its case before a judge.”

OH. Voting: “Plaintiffs Judicial Watch, Inc. and True the Vote filed a complaint against OH SoS Husted, [alleging] that Husted has not made reasonable efforts to remove ineligible voters from voter registration rolls.”

PA. Fracking: “When [Gas Safety, Incorporated’s Bob] Ack­ley brought his equip­ment to Leroy Town­ship, he found two plumes of [methane] gas [from fracking wells] in the air — one stretch­ing more than 10 miles. He also doc­u­mented pock­ets of gas under the ground, and doc­u­mented ele­vated methane lev­els in one family’s home.”

VA. Public good: “Nearly 7,000 Virginia children whose families have opted to keep them out of public school for religious reasons are not required to get an education, the only children in the country who do not have to prove they are being home-schooled or otherwise educated, according to a study.” … Occupy: “[A] jury found Richard Alexander Clay, who has no fixed address, not guilty of attempting to burn down the tent Rose Purdy and Michael Sloan called home for several weeks last fall as part of the Occupy Charlottesville protest against the unfair distribution of wealth.” … Evictions: “On what used to be [Phebie Seay’a] front lawn, a group of redshirted activists* were protesting against what they say is a series of short-notice evictions involving public housing residents. About 30 people showed up to support Seay and demand that the Charlottesville Redevelopment and Housing Authority follow the right policies when it comes to evictions.” [* Cf. Chicago Teachers Strike -> Power]

WA. Legalization: “[T]he [Children’s Alliance, a Seattle-based advocacy group with more than 100 social-service agencies as members.] board voted to endorse I-502 for a specific reason: Children in minority households pay ‘a terrible price’ for racially biased enforcement of marijuana laws.”

WI. Air war: “Obama plans to begin airing television advertisements in WI starting on Wednesday, another sign of the state’s increasing importance in the race.”

Outside baseball. LIHOP? “Could the 9/11 attack have been stopped, had the Bush team reacted with urgency to the warnings contained in all of those daily briefs?” … Fracking: “How did natural gas win a favored role in the Obama administration’s tightened vehicle fuel-efficiency standards, alongside electric vehicles and other carbon-free sources? It was a victory for messaging, coupled with some veiled legal threats and a president who has expressed his fondness for natural gas and the jobs it can creates.” … Incentives: “After another bust, 10 reasons incentives deals stink.” David Cay Johnston territory, from a local paper. … Blast from the past: Dole/Kemp ’96.

The trail. Unlikely voters: “[In] last two polls conducted by CNN, we see that President Obama’s post-convention bump was primarily a change in the composition of likely voters, not in the preferences of registered voters–as the Times’ Nate Silver was quick to point out. [Nevertheless, in one study] 55% of those who say they will not vote still do so in the end.” … Whites: “[A]cross the Bible Belt, 38 percent of these voters said they would be less likely to vote for a candidate who is ‘very wealthy’ than one who isn’t. This is well above the 20 percent who said they would be less likely to vote for an African-American.” … Males: “Several polls released in recent days show Obama displaying new strength among male voters. Romney needs to win the male electorate by a wide margin to overcome the chronic disadvantage the GOP faces with respect to women.” So whacking OBL was savvy. … The economy: “[Pew: T]here has been a modest decline in the percentage of Americans saying news about the economy is mostly bad — with virtually all of the change coming among Ds.” Clap harder? … The narrative: “The Secretary of Explaining Stuff came to Miami on Tuesday — and he lived up to the new nickname given him by Obama,” who may actually believe this.

The Romney. The two-sided mouth: “One of Romney’s latest television commercials in IA asserts that cutting government spending and eliminating the federal deficit will create 130,000 jobs in IA. Meanwhile, in states with more military bases and defense sector industry, Romney campaign advertising promises to create hundreds of thousands of jobs by reversing planned cuts in defense spending.” … Pearl clutching? “[LAURA INGRAHAM:] If you can’t beat Barack Obama with this record, then shut down the party. Shut it down. Start new, with new people.” Ouch! … Fainting couch? “[CHARLIE COOK:] It is becoming clear that if President Obama is reelected, it will be despite the economy and because of his campaign; if Mitt Romney wins, it will be because of the economy and despite his campaign.”

The Romney. Bounce: Gallup has a keen chart. … Bounce, Nate Silver: “The unusually low volatility in the polls this year also makes Mr. Obama’s bounce more difficult to analyze. Since the numbers have been very hard to move, does that imply that when a candidate does see a shift, his numbers are more likely to remain intact and establish a new normal?” … Bounce: “The main change has been a shift among Democrats, coalescing around their party’s nominee.” … Ethos: “[OBAMA:] I’m at my best when I believe what I am saying.” And the White House approved that quote. Alrighty then…

Slogan of the day: “The Romney and The Ryan are the great sun of the people!” 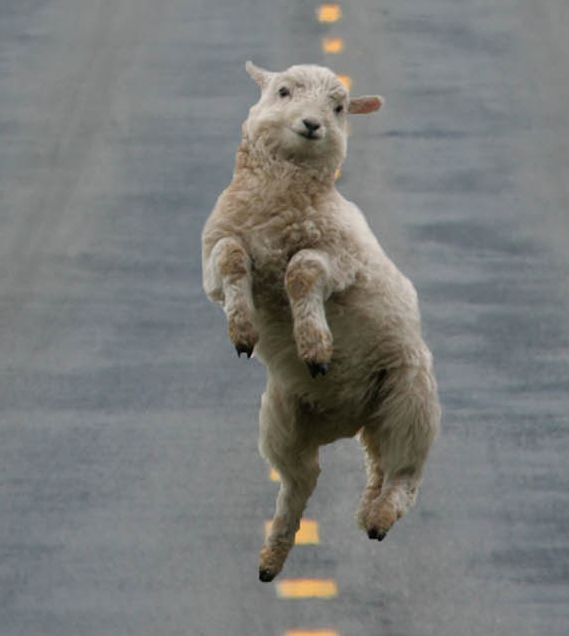