Ninth Circuit OKs Facebook class settlement, holding that it’s fair for all the settlement funds to go to a defendant-created foundation Consumer Law & Policy Blog (Deontos). You cannot make this stuff up.

Pettis: How to be a China bull MacroBusiness

Riot breaks out at Foxconn’s Taiyuan plant, reportedly over guards beating up a worker engadget. Makes iPhone 5 backs, and has a history of oppressive work conditions.

Americans Deserve Pre-emptive Debate on Iran Strike Bloomberg. Swedish Lex says this is why Merkel and her cohorts are supporting Obama.

Eurogeeks are no longer the insiders you need John Dizard, Financial Times. Dizard is one of the very best columnists at the FT, and you have to search for his name on the site to find his work. I don’t know why they make his stuff so difficult to locate.

Bill Maher – New Rules. 2012.09.21 (Z) Most of this segment takes the supposedly high minded independent voter down quite a few notches

“I expect the leader of the free world to go commando. Plus, his horse totally choked at the Olympics. On the other hand, he did invent Obamacare.” —Homer Simpson

This Week with George Stephanopoulos as told to The Bobblespeak Translations: “STEPHANOPOULOS: why aren’t you winning more easily? AXELROD: we will crush Romney and drive his advisors from the land and hear the lamentations of his fundraisers

Occupy. Demands (thumbsucker): “Demanding the creation and expansion of commons that are not subject to the imperative of accumulation and profit would make the divisions that are latent in the 99 percent apparent.”

Montreal. CLASSE: “The new Parti Québécois government scrapped a controversial increase in post-secondary tuition fees this week and a hardline student group is now turning to free education as its long-term goal.” That’s the ticket! What have you done for me lately?

CA. Corruption: “Some San Diego police employees are questioning the treatment of a police captain’s son who was not taken to jail after allegedly groping two women, punching another in the face, and drunkenly smashing a car window in Pacific Beach last month.”

CO. Enthusiasm: “The crowd’s reception for Romney was enthusiastic and loud on a clear night at the outdoor rally in Jefferson County, CO. Chants of ‘We want Mitt’ broke out before and after Romney’s speech.”

CT. Foreclosures: “BoA offered the couple a chance to modify the loan on the Jones Street house they’ve owned for 10 years in order to make payments more manageable, but only with conditions that include essentially agreeing to a gag-order.” … Charters: “[T]he district has suddenly found $2 million to improve the [Milner School] facility. Since those changes are publicly funded, the question is why Hartford failed to make those investments before. When it was only the needs of the students, the city failed to produce the resources. Yet the moment funds would flow through a private charter school company, the commitments were made.”

FL. Corruption: ” A key witness in a federal grand jury case involving U.S. Rep.David Rivera is still missing, but she left important evidence behind for investigators: at least four envelopes that had been stuffed with unreported campaign cash.” Where do these guys think they’re from? New Orleans?

MA. Elizabeth Warren: “It is as if the US Senate race will be decided by who is more popular at the Owl Diner, or who can tell the best story about Tarsy Poulios’s time on the City Council” (Lowell is ground zero).

MI. Public goods: “But we were healthy — perfectly healthy — until that PBB mess.” … Climate: “With a 50% decrease in hay production and each bale ranging from $4 to $9.50, many horse owners are puzzled over how to make ends meet this year.” Summer in March, frost in April. … Water: “Pressure is mounting on the U.S. and Canadian governments to explore ways to restore water levels on Lakes Michigan and Huron that have been lowered nearly two feet due to historic dredging on the St. Clair River. The two lake have been below their long-term average for more than a decade, and forecasters say in the coming months they could plunge below their record low.”

NY. Transparency: “[U]nder ‘participatory budgeting’ four City Council members completely surrendered control of a combined total of $5.6 million of their discretionary capital budgets to a transparent decision-making process led by their constituents. Four more council members have now signed on to the program for its second year, which has just begun. … Fracking: “Nearly 30 people slammed the energy industry outside the Chemung County Jail on Friday but praised [Susan Walker, 53] held inside for refusing to pay a fine for trespassing at a proposed gas storage facility. ‘If I were a corporation, I would not be going to jail.’, [Walker said].”

OH. Voting: “‘We see these lawsuits now. If it’s close, we’ll see these lawsuits later,’ said Edward Foley, an Ohio State University law professor specializing in election law.” … Fracking: “‘The geological formation in our area is prone for injection of used fracking water,’ [Kent Service Director Gene Roberts] said, estimating about 60 injection wells projected for Portage County in the future. ‘Injection wells are becoming a greater issue, leeching toxic fluids laden with heavy metals and chemicals into the drinking water,’ [Ted Voneida, former chair of Northeast Ohio Medical University’s neurobiology department] said. ‘The concrete lining is faulty and can leak out.'” … Romney: “Barnstorming the state by starting in western Ohio, which one R privately calls an ‘I-75 strategy,’ is no fluke. The freeway runs from Cincinnati to Toledo, via Dayton, Lima, Findlay and Bowling Green. Along and west of I-75 are some of Ohio’s most conservative counties” (Thomas Suddes)

TN. Charters: “[A] rewrite of Tennessee’s charter schools statute repeal[ed] numerical limits on how many there can be. One provision says that, if a charter is denied at the local level, the state Board of Education can review the decision. If the state board approves, the local school board is then obliged to approve as well” (so much for home rule). … Transparency: “Department of Children’s Services data indicate that in the first six months of the year 31 TN children died who were either in state custody or who had been brought to the attention of child welfare workers. A DCS attorney also acknowledged that the agency had failed to follow the law in routinely notifying lawmakers of each death.”

VA. Heritage: “It is immensely sad to see not one but two efforts to preserve the tragic history of slavery and memorialize the many victims of that vile institution founder and fail. The dead, and their descendants, deserve better.”

WA. Legalization: “But four [pro-marijuana legalization editors] on Sunday is a thunderclap, especially coming from the state’s leading conservative media outlet [the Seattle Times] with reach into those swingy, swing suburbs.”

WI. Enthusiasm: “Obama energized his supporters who filled the 5,000-seat BMO Harris Pavilion, [in Milwaukee] along with thousands more who sat in bleachers and stood on the pavement beyond the protection of the roof, even as wind and rain lashed down in the latter moments of the near 30-minute speech.” Yes, throwing Barrett under the bus is so yesterday.

Outside baseball. Privatization: “The pattern on the rug grows clear. Teaching will become a job, not a profession. Young people will typically spend a year or two as teachers, then move on to other, more rewarding careers. Federal and state policy will promote online learning, and computers will replace teachers.” Next, professors! …. Dependency: “[T]he overwhelming majority of entitlement benefit spending goes to support people who either: a) have worked their entire lives; b) are working currently; c) must find work before time limits expire (and demonstrate progress in doing so); d) cannot work because of a disability; or e) are widows and orphans. How does any of this promote dependency?” (study). Not “entitlements.” Social insurance. … More guns, please: “Many colleges have long been allowed to make their own decisions [(!!)] about whether students can carry firearms on campus, and most still forbid it. But gun-rights advocates working through the courts and state legislatures have managed to secure a significant expansion of gun rights at public universities.” … Community courts: “[C]ommunity courts are designed to provide quicker, cheaper justice while improving life in specific neighborhoods or police precincts. Defendants perform community service in the neighborhoods where they broke the law. Taggers must paint over graffiti. And shoplifters are required to help distribute clothes to the poor. States with community courts include MN, IN, NJ, CT, VA, GA, TX, TN, UT, CO, OR and WA.” Readers, any experience?

Legacy parties. Ds: “Obama [recounted] the differences between the Ds and Rs. They are almost all defensive. Defend social security, Medicare, and abortion. The Ds are not on the offensive” (Nader) … Rs: “The Republican Party — not just the Romney campaign, but the party as a whole — is running on nothing” (American Conservative).

The trail. Confidence: “How political is the public’s views on the economy? Gallup earlier this month saw its biggest spike ever in economic confidence–up 11 percentage points in just one week. That week also happened to correspond with the week of the Democratic National Convention.” … Campaigns: “This is a country with more than 300 million people and it moves slowly and incrementally in most cases, absent a huge event or crisis. It is usually the accumulation of various events or decisions that cause movement in voter attitudes, not any single event.” … Polls: “[Obama campaign manager MESSSINA: ‘We’re either tied or in the lead in every battleground state 45 days out. I think you will see a tightening in the national polls going forward. What I care way more about is OH, CO, VA, WI, etc. In those states, I feel our pathways to victory are there. There are two different campaigns, one in the battlegrounds and one everywhere else. That’s why the national polls aren’t relevant to this campaign.” So, if you don’t live in a swing state, why throw your vote away by voting for either legacy party? … 2016 (already): “[Creating frustration [Oh noes!] for his inner circle, as Mr. Cuomo considers a 2016 campaign for the White House, the eyes of his party are fixed on Mrs. Clinton.” … 2016: “Former President Bill Clinton said Sunday that he had ‘no earthly idea’ whether his wife might decide to run for the presidency in 2016,” … Rick Perry: “What is not widely known is that Perry, 62, had major health issues too — a serious but previously undiagnosed sleep disorder that was discovered just as the front-runner label was slipping from his hands.” … Partisan affiliation: “During the last three years, the range of Ds has varied from a high of 35% to a low of 28%. The range of Rs have been 32% to 18%. The range of independents has varied from 33% to 24%. The range of “none of these” is 7% to 20%.”

The Romney. Trope watch: “An R friend that I was having dinner with said this guy is defective. He’s like a bad NASCAR driver on a rich team. No matter how good the car is, no matter how bad the pit crew is, the driver has got to drive the car. And this guy puts it on the wall every single time.” Ouch! …. Learning: “[ROMNEY: ] But have I learned? Have I found that some things I thought would be effective turned out not to be effective? Absolutely” (60 Minutes). Now Romney’s “learning”! [NC 2012-09-21]

The Obama. Bipartisanship: “[OBAMA: A]fter the smoke clears and the election season’s over that that spirit of cooperation — comes more to the fore” (60 Minutes) Just like 2009! Oh, wait… Note the qualifier: “[OBAMA:] I think that, you know, as president I bear responsibility for everything, to some degree.” Deceptive CNN headline says “full responsibility.” … Content of his character: “[Hendryk] HERTZBERG of Obama: He is ‘such a singular creature.’ After saying, ‘he’s a black American,’ [Gwen] IFILL chimes in: “So they say.’” Ouch! 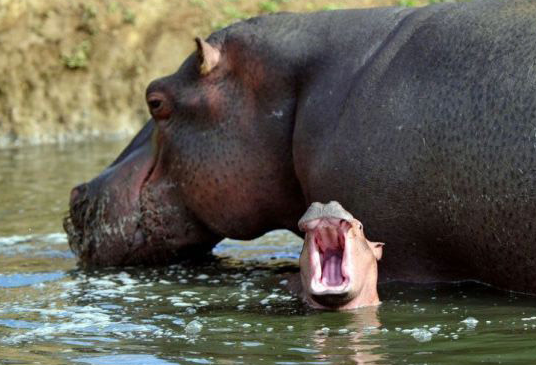