Doug Short at Global Economic Intersection has a must-read post that pulls together some Census Report data on US incomes since 1967 and draws some conclusions. He looks first at real, rather than nominal, incomes, and shows how income in the top 5% and top quintile have grown faster than for the rest of the population: 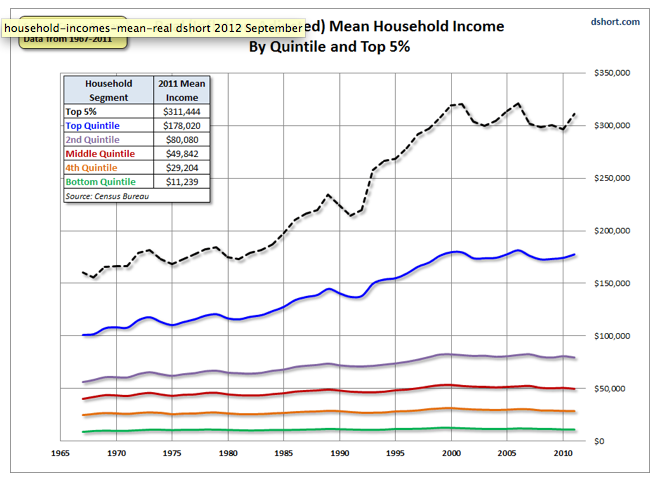 And he includes an analysis that shows that people in all these cohorts are on average worse off than they were:

He also provides an analysis of income trends by age cohort, and captures one of the things I’ve commented on, how many people in their 40s and 50s take a big dive income-wise when they lose their jobs. Remember, 45-54 is historically the peak earning years for household heads: 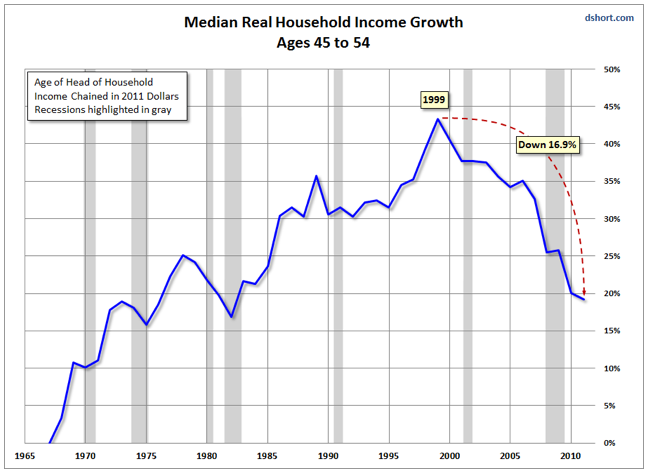 I suggest you read his post pronto. He has more good, if depressing, charts and accompanying discussion. Bottom line: anyone who gets optimistic about growth trend in the US needs to confront the fact that the seeming prosperity before the global crisis was fueled by rising household debt, not growing incomes. And even if the powers that be prevent further deleveraging by lowering borrowing costs on outstanding debt, that still fails to set the foundation for anything other than lackluster growth. Expecting consumers to lever up even further is not a way out of the stagnant incomes box.