Modern Money and Public Purpose This looks great, and you’ll recognize a lot of the names on the list of participants.

“Misery”: A Postscript To “The Euro Is Not Unassailable” New Economic Perspectives

Text of Obama’s Speech to the DNC WSJ

Obama Phones It In for DNC Finale Kevin Drum

We have ignition. Lift off.*

That’s one thing George Bush said that was right: The president is the decider-in-chief. –Bill Clinton

DNCon. Michelle speech, Chinese reaction: “Another netizen from Jiangsu seethed, ‘As long as you work hard you can realize your dreams.’ In China, this phrase truly is a joke. It should be changed to something like: ‘If you have money and connections, you can get a job.’” … Clinton speech: “If I were part of team Chicago this morning, I’d make damn sure Clinton has a full schedule in key parts of OH, FL, IA, and MI over the next 8 weeks. Do that, put this thing to bed, and go home” (YouTube) (transcript) … Clinton speech: “[With Bill Clinton:] The sense of personal connection, the fading away of external stimuli – until one person is addressing one other. It was almost surreal. The only other person with whom I’ve noticed that ability, believe it or not, is Sarah Palin.Narcissists both? Perhaps.” … Cllinton speech: Original text with additions and deletions as delivered. Say what you will, the man’s craft is superb. … Weather: “The D campaign moved his speech from the Bank of America Stadium (seating capacity 74,000) to the Time Warner Cable Arena (seating capacity 20,000) on Wednesday, citing weather concerns.” Well, packing the hall is always good. … Obama speech: “We don’t want bailouts for banks that break the rules.” (heh (arcane Boomer reference (go on. you know you want to))). … Obama speech: “I’m still eager to reach an agreement based on the principles of my bipartisan debt commission.” Get your can openers ready! … Obama speech: “… where we develop a hundred year supply of natural gas that’s right beneath our feet.” Anti-fracking movement under the bus. … Obama speech: “Osama bin Laden is dead.” And not being tried in the Hague. … Obama speech: “… the kind of bold, persistent experimentation that Franklin Roosevelt pursued during the only crisis worse than this one. And by the way [hmm] – those of us who carry on his party’s legacy should remember that not every problem can be remedied with another government program or dictate from Washington.” Just has to undercut the New Deal. … Obama speech, Tampa Bay Times: “Obama’s surprisingly predictable speech sounded more like a conventional stump speech than a nationally broadcast closing argument for a second term.” … Obama speech, Taeggan Goddard: “The Obama campaign wanted this election to be a stark choice between two different governing philosophies and not a referendum on the president’s tenure. With this beautifully orchestrated convention — and with poor strategic decisions and unforced errors by Mitt Romney and the Republicans — they have succeeded. ”

DNCon protests. Street theatre: “A brass band standing on a street corner responded with an impromptu tune that drowned out the chants.” Impromptu? … Crowds: “A week of protests that began with a march by 800 people before the start of the DNCon ended with 10 more arrests on its final day.” … Police: ” Of the nearly 4,000 police officers in Charlotte this week for the DNCon, more than 2,000 are from out-of-town departments from across the country. Chicago, Denver, Milwaukee, Philadelphia, Gastonia, Raleigh, Apex, Boone, Myrtle Beach, and from many other departments.”

Conventions. Evil: “It is as useless to anchor a serious political discussion to this year’s D and R convention speeches, as to plan the liberation of humanity during Mardi Gras. Truth is no more welcome at the former than sobriety is at the latter.” … Platforms: ” In a political world where policy victories are few, victories that aid in group organization and maintenance are not unimportant victories. So it makes sense that groups would fight hard to get “their” language in a platform.

AL. Convention: “There was an air of quiet exultation at the Alabama Delegates’ breakfast this morning.”

FL. Foreclosure: “The [West Palm Beach] condo association filed a lien against the bank, estimating that the mold repairs and the accumulating monthly maintenance fees owed by Wells Fargo to the condo association was $23,210.”

IL. Voting: “The court battle began after a group of R candidates were booted off the ballot for not stapling their nomination papers. The all D Electoral Board rejected the papers on the grounds that paper clips did not comply with an election law saying candidate filings must be ‘securely fastened’.”

NC. Police state: “‘Just being on this [terrorist watch] list alone is really frightening for me,’ [James Ian] Tyson said. ‘This could potentially affect the rest of my life. And they have no cause, they have no cause to do that at all. Some of the questions that tumble around my head are: Who’s making these lists? Like where’s the accountability? Why am I on this list? Why are other people on this list?'”

NJ. DNCon: “Each of the NJ [delegation] breakfasts has had a specific sponsor, Novartis on Monday and Johnson & Johnson on Tuesday, reflecting a self-conception as ‘the pharmaceutical state’.”

NY. Corruption: “Data rules, except when it doesn’t. The one thing [Bloomberg] has proved beyond dispute is that a full 10 years of ‘reform’ based on testing, choice and school closings does not improve education or the lives of children.” … Fracking: “We resent the fact that, even though we live here, we have been given no say in what happens to our area.” … Fracking: “Two anti fracking protesters have chained themselves to a fence at an Inergy facility near Watkins Glen, NY to impede a gas storage project.” … Broadband: ” I do believe that in the current political and economic climate, the solution to highspeed Broadband internet will come from the voice of local individuals coming together in unison.”

OH. Fracking: “[Tish] O’Dell, co-founder of Mothers Against Drilling in Our Neighborhoods, said using a charter amendment instead of a city ordinance to outlaw new oil and gas operations is aimed at trumping a 2004 state law that gave the Ohio Department of Natural Resources authority for all decisions about drilling.”

OR. Convention: “Later on I heard a calling of Ayes and Nays that went on for an unusually long time, but I’m still not sure what it was about or why it took so long” (here).

TX. Pipelines: “[Five blockaders] have locked themselves to feller buncher machines used for clearing large trees in the path of the Keystone XL pipeline. Contractors discovered their presence early in the work day, and work at the site was called off shortly thereafter.” … Voting: “TX won a stay Thursday of a federal court decision that had barred enforcement of the state’s toughened voter registration law.”

WI. Capitol: “Police arrested eight protesters in the state Capitol on Wednesday for holding up signs without getting permits” (hmm).

Outside baseball. Corruption: “The fat bedbugs that run the online diploma mill business [like Kaplan Test Prep and the University of Phoenix] are unrelenting. They write lengthy friendly comments to blog posts, and just underneath some of the verbiage, they attach their swollen transparent red blood-filled carcasses in hopes that some unsuspecting reader will take their links home. That is how their blood-sucking infestations spread, and once victims have given them an opening, it is too late. ” .. Cities Under Siege: The New Military Urbanism (review): “Now we are faced with ‘an extension of airport-style security and surveillance systems to encompass entire cities and societies utilizing, at its foundation, the high-tech means of consumption and mobility that are already established in Western cities.’ [The author] is referring to credit cards, CCTV, GPS, cell phones, IP addresses, E-ZPass–the whole networked circuitry of late-capitalist consumption.” … Unilateral executive: “[BILL CLINTON:] That’s one thing George Bush said that was right: The president is the decider in chief.” (link to April, but recycled in tonight’s DNCon coverage).

Grand Bargain™-brand Catfood Watch. Barack Obama, DNCon: “I’m still eager to reach an agreement based on the principles of my bipartisan debt commission.” Get your can openers ready! … David Plouffe: “Obviously, we tried to reach a deficit deal with the Republicans. We got very close and didn’t get there. I think this election is going to make clear, I think, to the country and hopefully to members of Congress that we’re willing to do a lot of tough things – cut further spending, reform entitlements in the right way – but asking a little more from the wealthy has to be part of the answer.”

The Romney. Air war: “Senior Romney-Ryan campaign officials tell Fox News the campaign will launch an enormous media offensive on Friday. The push will include ad buys in several states that will cost tens of millions of dollars. Aides said more than a dozen new ads, each tailored to different regions and segments of the electorate, will begin airing.”

The Obama. Nice guy: “But there is a particular category of the 2012 race to the low road in which the two sides are not competing on equal terms: Obama and his top campaign aides have engaged far more frequently in character attacks and personal insults than the Romney campaign.” … Mission accomplished? “[Obama] will try to defy history and win the presidency with unemployment at 8.4 percent, hoping voters have accepted a ‘new normal.'” Some mandate, eh?

* And tomorrow the campaign proper begins. 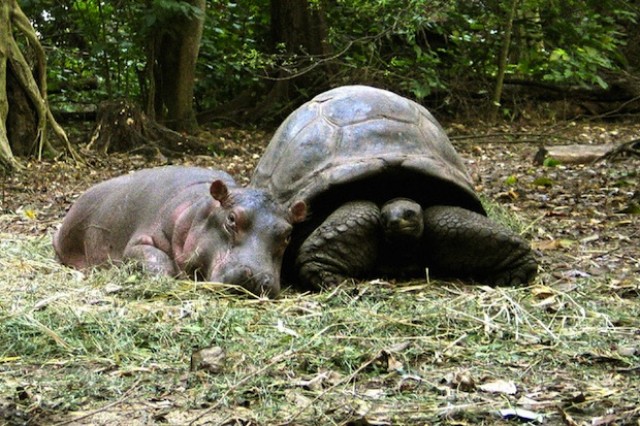