Ohio teen travels quarter of a mile through sewer AP

What’s up with the new Draghi plan? Marginal Revolution

U.S. Jobless Rate Drops for the Worst of All Reasons Businessweek

What Krugman & Stiglitz Can Tell Us NYRB. “We’re not using the knowledge we have.” You don’t bat zero for the season without a plan.

Not The Time To Be Demanding Krugman. Jam tomorrow.

A young Ben Bernanke? Financial Armageddon. So where’s mine?

Canada proves the decline of unions is not inevitable Dean Baker, Al Jazeeera

Plan in place for struggling Infosys, but no quick returns Reuters. Playing the world’s smallest violin.

How could you go ahead of me? Letters of Note

‘Bye, Buffalo Bill Stop Me Before I Vote Again. “Government should be run like a business.”

As you stare into the vacuum of his eyes And say do you want to make a deal? –Bob Dylan, Like a Rolling Stone

DNCon. Militarism: “Yeah: ask Osama bin Laden if he’s better off — if you can find his corpse where our commander-in-chief dumped it: at the bottom of the ocean. USA! USA!” Liberals, eh? … Militarism: “Can Americans really trust Mitt Romney to decide which citizens get extrajudicially assassinated in drone strikes?” … Lesser evil: “History will mark Obama as the more effective evil, mainly because of the lack of opposition.” … Bill Clinton: “I could see the giant teleprompter from which Clinton was reading, which meant that I knew exactly when he was improvising. He would stray from the Star Wars word crawl for five minutes at a time, launching into numbers-heavy digressions about health insurance premiums seemingly off the top of his head before fusing that digression seamlessly with the prepared speech” (Mr. Technique)

RNCon. Eastwood: “They vet most of the people, but I told them, ‘You can’t do that with me, because I don’t know what I’m going to say.'” A shocking lack of compliance!

Occupy. San Diego: “[I]t was not by choice that the Occupy encampments were broken up. Instead of occupying public spaces, the movement is now occupying people’s lives. As activists went home and took showers, got jobs, tried to get jobs, returned to their old jobs, or simply returned to their communities, they also got organized and focused.” Quellism…

AZ. Demographics: “The legislator from Sun City leaned over to Hubbard and said, ‘The future? In Sun City we don’t even buy green bananas.’”

DC. Negotiable affection: ” Five DeMatha Catholic High School football players were removed from the program for an incident that occurred at the team hotel following the Stags’ season-opening win at Hillside, NC. According to the parent, players hired prostitutes from a call service.” Wheels up…

DE. Food: “Food fight! Where are the state’s best cheesesteaks?” Philly, I would think. Less than an hour away. Why?

FL. Corruption: “A key witness in a federal investigation involving U.S. Rep. David Rivera failed to show up for an interview with prosecutors and the FBI one day after agents raided her Miami apartment and removed her computer, cell phone and other items.”

IL. Jesse Jackson: “Rep. Jesse Jackson Jr., D-Ill., has left the Mayo Clinic and is at home in the nation’s capital with his family. Jackson, 47, was treated for bipolar depression at the clinic this summer.”

ME. Scientists: “Formerly homeless teen scientist [Samantha Garvey is pursuing her] studies in Maine, [and] is settling into her first semester of classes as a freshman at Bowdoin College.” I’m happy for Garvey. It would be even better if the depression hadn’t made her homeless in the first place. And even better than that would be work for thousands of disemployed chemists. Those would be “feel good” stories for real.

NY. Police state: “Still, even Riddick, a substance abuse counselor in-training, was stunned on the August evening that he received a ticket for standing in front of his own home.”

OH. Fracking: “The OH DNR has paid nearly $9,000 to an environmental group to settle a public-records lawsuit. The Sierra Club had sued the state in April, claiming that officials had ignored records requests for months. The group wanted to see all documents and emails related to the agency’s plan to open state parks and forests to shale drilling and hydraulic fracturing.” … Corruption: ” Scotts pleaded guilty to applying toxic insecticide to its wild bird food products and falsifying pesticide registrations. It also pleaded guilty to distributing pesticides with misleading and unapproved labels and distributing unregistered pesticides.”

TN. Abortion: “According to the TN Department of Health, 14 percent of pregnancies in the state ended in abortion in the five-year period between 2006-2010.”

TX. Handmaid’s Tale: “A South TX judge suspended from the bench after a years-old video surfaced last year showing him beating his teenage daughter has been slapped with a “public warning” from a state ethics panel. The secretly recorded video showed [him] using a belt to repeatedly beat hit his then-16-year-old daughter because she illegally downloaded music.” … Externalities*: “[Houston] homeowners are increasingly coming together to fight what they see as inappropriate development in their backyards. The instances appear to stem from an improving economy, a stronger interest in urban living and increased development.” [* in preference to NIMBY.]

WA. Food: “From 2008 to the end of 2011, the number of hungry families in WA grew from about 88,000 to 163,000. Only six other states had hunger growth rates that were higher than WA between 2010 and 2011, the USDA reported.” … Corruption: “Among nearly a dozen ports surveyed, only one has a top executive sitting on the board of a for-profit company. And none of the ports has written an individual employment agreement that specifically allows its executive to serve on the board of an outside business, as Seattle has.” … Legalization, editorial: “More than 58 percent of voters favored medical cannabis 14 years ago, and more people support it now. We believe they are ready for the next step, marijuana decriminalization for general adult use. I-502 is a vehicle for the people to say that.”

WI. Capitol: “We highly value our right to free speech, and we’re willing to defend it when it’s threatened. The Capitol police have a duty to uphold the law, the law that guarantees that “the right of the people peaceably to assemble, to consult for the common good, to petition the government, or any department thereof, shall never be abridged.” … Capitol: “[Rep. Chris Taylors] also took the police chief to task for being unable to identify the ‘specific conduct you believe to be unlawful.’” … Externalities: “The good people of Jackson and Cedarburg are up in arms over plans by the WI DOT to change life there forever with bypasses, big medians and blown-out four lane expansions along State Highway 60.”

Grand Bargain™-brand Cat Food. Sequestration: “The White House on Friday said it will miss the legal deadline for delivering a report [NC 07-25; NC 08-08] to Congress on the spending cuts from sequestration that are scheduled to take effect in 2013.” So, they can’t cut a deal in time to obey the law? … Convention: “[Biden and Obama] both embraced a right-wing set of proposals known as “Simpson Bowles. That means they were embracing a plan which would cut Social Security benefits and raise its retirement age.”

The economy. Swing states: “While most of the debate nationally still revolves around why the economy remains so pathetic, there are several pivotal states — OH, FL, NV, VA — where things are slowly turning around. In these states, the real issue may not be who deserves blame for economic ruin but rather who deserves credit for a rebound.” Swing State Keynesianism? Visionary minimalism! … Retail: “The number of [thrift and consignment stores] has grown by 7 percent annually to more than 25,000 nationwide. Thrift stores now attract 22 percent of consumers, up from 14 percent before the stock-market crash in 2008.” Plus, the clothes are often better made.

The Trail. Wordles: Here. “Trying” is lying (AA). … The Victory Lab: “Issenberg contends that campaigns have been so adept at harnessing the latest research in social science–particularly behavioral psychology and statistical modeling–that most reporters trying to cover the horse race are akin to college history majors who suddenly find themselves in an advanced physics class.”

Robama vs. Obama watch. Police: “The 330,000-member Fraternal Order of Police, the country’s largest police union, announced that it would back no candidate for president this year, the first time the group had passed on an endorsement in its 98-year history.” The police state is bipartisan, of course.

The Romney. Swing states: “Romney is still not running ads in PA, MI or WI. The battleground did not expand.” What’s Romney doing with all that money? Tithing it? … Swing states: “Unless I’m missing something badly here, Romney needs either a significant national shift his way — possibly from the debates or some other news event [hmm] — or else to hope that his advertising advantage is potent enough to move the dial in almost every swing state in which he’s competing.” … Tax returns: ” Assuming it’s not a hoax, the purported theft of Romney’s tax returns has all the trappings of a high-tech whodunit: a politically themed burglary, a $1 million demand in hard-to-trace Internet currency, password-protected data and a threat to reveal everything in three more weeks. But can it be believed?”

The Obama. Hagiography: “The White House today released video of President Obama tweeting during a May 24, 2012 town hall where he wrote something that was exactly 140 characters long, the exact limit for a tweet on twitter.” Twitter gives a readout of the character count as you type. Dear Lord. … Bounce: “The three national tracking polls that were published on Friday all moved toward Obama, probably reflecting momentum from the Democratic convention.” … Unitary executive: “[Local TV reporter Swann’s] first question for [Obama] was this [video]: “On that list have been U.S. citizens who have not been afforded a trial, including Anwar al-Awlaki. How do you or any president for that matter, regardless of party or person, utilize that power to assassinate a U.S. citizen?” Obama responded evasively, telling Swann that the question was based on news reports ‘that have never been confirmed by me and I don’t talk about our national security decisions in that way.’” Tetchy! And “Not confirmed by me“?! It’s not about you!

* Slogan of the day: “Forward with The Obama! I will fearlessly take career progressive struggle as the key link!” 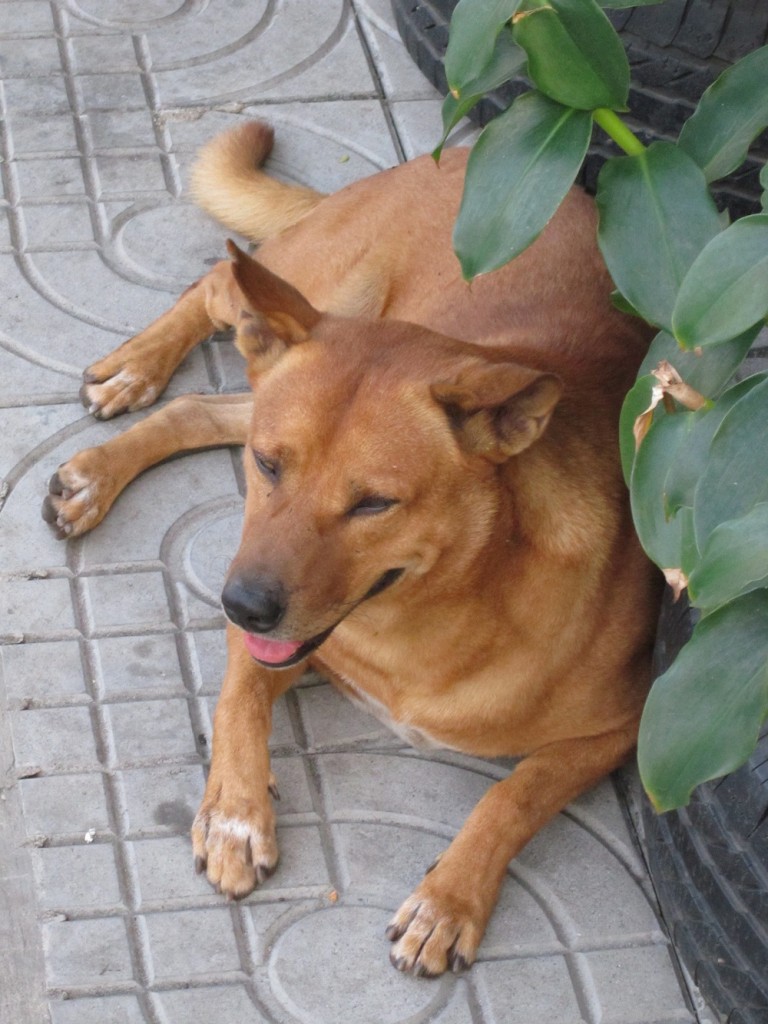