Why beauty is rarely worth it Telegraph

How to eat a Triceratops Nature

Fish Caught in Fukushima as Tainted as a Year Ago, Study Says Bloomberg :-(

Jailbreaking now legal under DMCA for smartphones, but not tablets ars technica

October Surprise: Romney may have screwed over his friend’s ex-wife Salon (YY). Sadly, “screwed over” is less newsworthy than “screwed”.

Will CDO Managers Be Held Accountable For Their Role in the Financial Crisis? Bloomberg BNA (Michael C). NC is in the footnotes!

Bipartisan Trouble Ahead Simon Johnson. Tells you why the “Financial Regulatory Reform Initiative of the Bipartisan Policy Center” is rubbish.

Hurricane Sandy Track for the Next Five Days Jesse

Citi Chairman Is Said to Have Planned Chief’s Exit Over Months New York Times. So why was the morning after fumbled so badly?

When he laughed, respectable senators burst with laughter,
And when he cried the little children died in the streets. —W.H. Auden, Epitaph on a Tyrant

Occupy. Nashville, TN: “More than a dozen Occupy Nashville protesters filed a lawsuit against the state in the U.S. District Court . These New Rules unconstitutionally limit access by the public to [Legislative Plaze,] a forum universally accepted to be an area protected for the speech of the governed,” the lawsuit said.”

IA. Food: “[N]ever has an administration taken the issues raised by the food movement so seriously and stood up for small farms so aggressively. For example, USDA has institutionalized its support through the Know Your Farmer Know Your Food work within the department. Again, this will all go away if Obama loses this election and agribusiness once again runs every aspect of USDA.”

IN. Voting: ” The D party chair is asking the federal government to get involved in the wrongful purge of 13,000 voters in La Porte County last year.”

LA. Public goods: “The latest budget signed by Jindal eliminates state funding for public libraries, cutting close to a million dollars out of their budgets.” … Charters: “[S]ome private schools participating in LA’s new voucher program will be educating taxpayer-subsidized students tout their creationist views.” … Oil: “The dome that was leaking oil at the bottom of the Gulf has a new lid. BP capped and plugged the latest oil seepage coming from the site of the 2010 Deepwater Horizon disaster this week.”

OH. Voting: “Having hundreds of thousands of [provisional ballots] effectively on hold would keep the presidential election in limbo if Ohio’s electoral votes are needed for either Obama or Romney to reach the 270-vote majority required.” … Swing state Keynesianism: “White, working-class voters in OH are supporting Obama at higher levels than in other swing states, making it tougher for Romney to catch the incumbent in perhaps the most vital of all battlegrounds.”

PA. Foreclosure: “The federal court has upheld the Montgomery County Recorder of Deeds’ right to sue [MERS] and banks doing business with [MERS] for $15.7 million that she claims is owed to the county in recording fees.”

TX. Dark sky: “A small but growing number of TX cities are passing lighting ordinances aimed at protecting star-gazing.” … Voting: “TX authorities have threatened to arrest international election observers, prompting a furious response from the Organization for Security and Co-operation in Europe (OSCE).”

VA. Voting: “Less than two weeks away from the election, the VA State Board of Elections website, in the midst of a ‘convenient’ remodel, features broken links and missing pages essential to the transparency necessary for confidence in the Virginia outcome. Election night, we might not have a window on Virginia results.” … Horticulture: “The de-lawning movement is slowly taking hold in the Richmond region. Converting grass into flower beds and vegetable gardens creates more attractive yards, cuts the expense of lawn maintenance and helps clean the Bay.”

WI. Corruption: “Last week, the newspaper reported that the agency had discovered it had failed to systematically track nearly $9 million in loans that are not current. As a result, WEDC’s chief financial officer resigned and GOP Gov. Scott Walker, a champion of the quasi-public agency created last year, brought in a new interim leader*.” [* Note the use of t he generic and authoritarian “leader,” as opposed to using an official title.]

Supply chain. Walmart: “The key to Walmart’s success has been getting low-cost goods to customers at precisely the right moment according to microanalysis of market patterns. But that is also what makes it so vulnerable to work stoppages. Workers at key points in the supply chain can create massive disruptions in the process. ”

Grand Bargain™-brand Catfood Watch. PR: “Over 80 CEOs from some of the world’s largest companies announced Thursday they were calling on Congress and the White House to strike a deficit deal sooner rather than later.” Desperate people make better serfs. … Bullshit: “The chart on the right, from Rex Nutting, shows what’s actually going on: total US debt to GDP was rising alarmingly until the crisis, but it has been falling impressively since then” (Felix Salmon). “Impressively” iff you believe financial ratios are more important than the real economy.

The trail. Russell Means: “May we, the next generation of elders, never forget those who’ve pierced a path with their tongue and spine for our voices to be heard.” … Polls: “Obama 73% to win w/ those polls added. Bottom line simple: Romney is trailing – slightly – in tipping point states” (Nate Silver). Consistent narrative. …. The state of the republic: “‘And Nate Silver is like my Racing Form.’ ‘But what about the issues? Pakistan? Education? A woman’s right to choose? Who will be on the Supreme Court?’ ‘You’re kidding, right?’ said Tony. ‘You know what Nate Silver says your vote in Illinois is worth in terms of the outcome of the election? Less than .1%.  Unless you live in the suburbs of Canton, OH, your vote is worth bupkis mit kuduchas. Given that, I’m better off concerned about my bets at Intrade. Right now I got Obama at about 57% to win. Although Nate Silver has him a little better.”” …. Voting: Lambert here: Putting people who have entirely justified skepticism of e-voting in the same “truther” bag as Jack Welch? I’m throwing a flag (which I hate to do because I read that blog avidly).

The Obama vs. The Romney III. Alan Grayson: ” Let’s go over the basic facts. There are two large oceans that separate us from 191 of the 193 other countries in the world. Our northern border has been peaceful since 1812. Our southern border has been peaceful, more or less, since 1848. In the 229 years since the Treaty of Paris, establishing our independence, foreign military forces have attacked American territory only twice – in both cases, on the outermost periphery.” … Police state: “[Lynn U student Cody] Luongo said that in the days before the debate, security around campus began to gradually escalate, and by Monday it was an almost like a state of martial law. Beginning five hours before the debate and lasting for another hour after its conclusion (it ran from 9 to 10:30 p.m.) every movement was regimented and oversee.”

The Romney. Celebrity endorsement: “‘Like I said, never before have I endorsed a single candidate ’til now, so let me hear y’all repeat after me.’ Meat Loaf said, leading a call-and-response with Mitt Romney’s name, the crowd repeating it after him.”

The Obama. On Romney: “[OBAMA: ] [Kids] look at the other guy and say, ‘Well, that’s a bullsh—er, I can tell.'” Pure projection. … Air war: “‘Your first time shouldn’t be with just anybody. You want to do it with a great guy,’ [the actress in Obama’s “Your First Time” TV ad] says, referring to casting your first ballot for Obama.” Yes, but did Mr. Hope and Change respect you in the morning? Also too, the ad apparently clones an ad from another Presidential campaign: Vladimir Putin’s. Ha.

* Slogan of the day: Energetically Complete The Task of Party Rectification, Bring About a Basic Turn for the Better in Party Spirit! 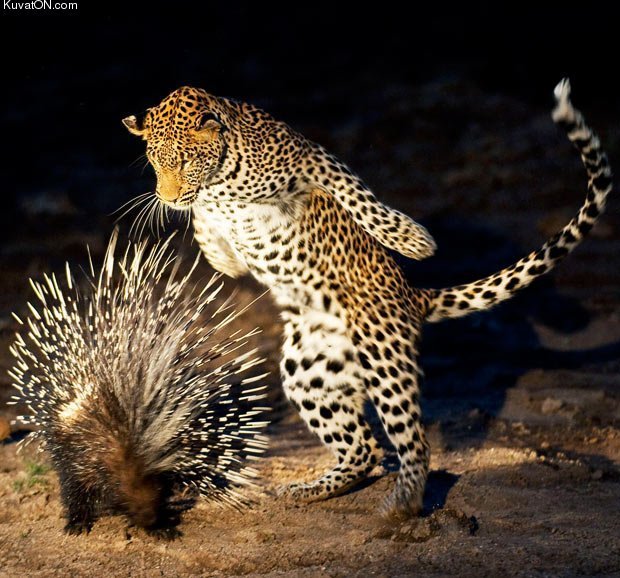