Special thanks to Lambert, who lost power at home in Maine, but went to a university library to file Campaign Countdown.

Killing the Computer to Save It New York Times (furzy mouse)

Breast cancer screening causes more damage than previously thought Guardian (John L). Long standing readers will know I regularly complain about how inexcusably bad mammograms are as tests, particularly since better options exist (namely, a manual exam by someone who does them a lot!)

What is Rajoy Waiting For ? Some Thoughts Sober Look

REPORT: GOLDEN DAWN, 1980-2012. THE NEONAZIS’ ROAD TO PARLIAMENT Reports from the Edge of Borderline Democracy (Nikki)

US housing: After the gold rush: Critics say authorities are pursuing petty crooks but going easy on Wall Street when it comes to mortgage fraud Financial Times

If Banks Can’t Overcharge You For Trading, How Can They Afford To Bring You More Overpriced IPOs? DealBreaker

You ought to quit this scene too —Bruce Springsteen, Sandy

Lambert here: Owing to a power outage in my neighborhood, I’m over at the local university blogging ’til closing. I’ll get as much done as I can, but if there are missing pieces, that’s why.

CA. Smashy smashy? “Some violence and vandalism was reported, with revelers setting a public transit bus on fire, flipping over a vehicle and breaking the windows of several businesses and vehicles.” Oh, “revelers.” That’s alright, then. … Smashy smashy? “As each fire was lit and reported on by local newscasts, I couldn’t help but note the tone and wording used to describe the scene. We didn’t hear words like anarchist, outside agitators or thugs to describe those committing wanton acts of vandalism.”

FL. Florida real estate: “Most in [The Villages] community northwest of Orlando — where registered Rs outnumber Ds by 2-to- — sit squarely in Romney’s corner. Ds supporting Obama say the tight race has created a tense political atmosphere in the retirement oasis, whose conservative developer, Gary Morse, is a powerful financial backer of Romney. The residents get well-manicured lawns and endless amount of golf but in return the developer tightly controls what political views they’re exposed to in the developer-owned local newspaper and radio station.” Golfers should be purged from the voter rolls. Kidding!

IN. Mourdouck: “However, at the IN R fall dinner at the Ritz Charles in Carmel [(!!)] on Monday night, enthusiasm for Mourdock’s candidacy was measured compared to the Republican gubernatorial candidate, Mike Pence. Some of the hundreds in attendance — mostly women — remained sitting during an ovation for Mourdock, and then stood eagerly for Pence. Several Rs who attended said the reaction was the same at a reception before the dinner.” Good! Would that Ds do the same.

MA. Corruption: “MA shut down [the Waltham location of Rhode Island-based Infusion Resource] compounding pharmacy over sterility concerns after a surprise inspection prompted by the nationwide meningitis outbreak linked to a different company.”

MD. Hurricane Sandy: “What we’re talking about here — the part that’s really frightening — is the complete randomness of life writ huge: Men, women and children concentrated on the eastern edge of the world’s most powerful nation, fully informed of an approaching storm, yet unable to do anything about it.”

NJ. Hurrricane Sandy: “Sandy technically made landfall at 8 p.m. Monday at Atlantic City with Category 1 hurricane winds having sustained peaks of 80 m.p.h.” … Hurricane Sandy: “Driving conditions weren’t bad but I forgot that between my town and Princeton there is a depression in the topography caused by a retreating glacier a long time ago. Even during regular rainstorms, the area floods and roads are impassable from Lawrenceville to South Brunswick.” First world problem? … Hurricane Sandy: “Jersey City is dealing with a full-fledged disaster tonight, with extensive flooding throughout Downtown that has both City Hall and the Jersey City Medical Center surrounded by water, officials said. Officials said they are investigating reports of numerous collapses in buildings throughout the city, including a facade collapse [super metaphor] at a Newport highrise.” … Hurricane Sandy: “One million utility customers in NJ — about a quarter of the state — are without power as of 8 p.m., the result of Hurricane Sandy, according to utilities’ websites.”

NY. Hurricane Sandy: “”All staff based in Citi facilities within mandatory evacuation zones must invoke their work-from-home strategies for Monday and Tuesday unless they are business critical,” said a memo obtained by The Times” (cf.). … Hurricane Sandy: “But a review of published reports and statements shows that in advance of Sandy’s arrival, city and state officials have given residents less time to evacuate from their homes, opened fewer shelters, mobilized fewer National Guard troops and left more senior citizens and hospital patients in areas at risk of flooding.” That’s not a bug. It’s a feature. … Hurricane Sandy: “‘Almost everyone is still inside. No one is leaving,’ said an NYPD officer standing in the lobby of a building at Unity Towers in Coney Island. ‘No one thinks this is a big deal. They just won’t listen.'” … Hurricane Sandy: “Stephen DelPercio, who works at Green Buildings NYC, a real estate company with a focus on eco-friendly leasing, said that developers of private real estate usually build with the idea that they will sell the building in 10 years, at most. He said that short time scale doesn’t give anyone incentive to build with things like flood protection in mind.” So now we’ve got to fix New York real estate too? … Hurricane Sandy: “In Haiti there is a proverb: Ayisyen swiv kouran, meaning ‘Haitians follow the flow.’ On Monday, West Indian fish markets, bakeries, video stores and wig shops were open for business. [So were] Brooklyn’s ubiquitous ‘dollar vans,’ the borough’s black market transit system.” System D never stops! … Hurricane Sandy: “[T]he governor has just ordered the Erie Canal closed to boats immediately.” … Greens: “Green Party Senate hopeful Peter LaVenia used the arrival of Hurricane Sandy to push a carbon tax. ‘Hurricane Sandy, the ‘freak’ October hurricane, is a product of rapid and continuing climate change,’ [he said].”

PA. Hurricane Sandy: “Sustained wind and rain have beaten down power lines and flooded transformers across the region, leaving more than 3 million people in NJ, PA, and DE without power.”

VA. Race: “Across VA’s suburban and inner-city jurisdictions the pattern of higher white graduation rates prevail almost uniformly. The exceptions to the rule occur primarily in VA’s rural counties where, the stereotype holds, racial prejudice and discrimination are the strongest. These numbers would seem to demolish that widely held view.”

WA. Class warfare: “Since 2007, income has not increased significantly for any racial/ethnic group [in King County]” (charts).

Outside baseball. Another hippie heard from: “[O]nce elected, Obama promptly sank into the stale, muffled, parallel-universe language wielded by most politicians, and has remained there ever since.” … Meteorology: “In Great Britain, the European Centre for Medium-Range Weather Forecasts was targeting an East Coast landfall days ahead of the best American model. With the appropriate resources, the U.S. could firmly establish itself as the leader in weather forecasting and increase our lead time for weather disaster preparation, if the public and political will exists to do so. The cost would be peanuts compared to most other government programs. The entire budget of the National Weather Service–everything and everyone, from computers to carpet–is less than $1 billion per year.” … Climate change: “As has been noted, the words ‘climate change’ were not spoken during the presidential debates. It was an omission we should sorely regret” (Eugene Robinson).

The trail. Voting: “But where voters [in MD, NC, NJ, OH (some counties), PA, VA, and WV] are forced to rely only on electronic touch-screen systems, if power is not restored by November 6th, we could be facing one of the problems that [show] why it’s insane to rely on such systems for voting. Ever.” … Hurricane Sandy: “It’s too soon to judge the overall impact, because it depends on things we don’t know yet — the level of destruction, and the way Obama and the government perform. The election is Obama’s to lose, but it has been for a long time. Probably the storm’s biggest impact is to negate final-week TV assaults because ad buys will scale way back as nobody wants to see an attack ad sandwiched between hurricane horror. It will push the status quo forward into the final weekend. You can draw conclusions based on what you think that is, but the swing-state polling would indicate that’s good for the incumbent.” Cue the “muddy track” metaphors.

The Obama. Priorities: “President Obama says he would like to establish a ‘secretary of Business’ if he wins a second term.” Who’s the secretary going to be? I’m guessing Jack Welch.

Here’s how I knew Obama wasn’t serious about climate change. Because (see top) I could get thrown out at any point, I can’t give a lot of linky goodness, but here’s the post. Long story short: Jimmy Carter famously put solar panels on the White House roof. Ronald Reagan removed them. Somehow, the panels ended up at Unity College in Maine, and in September 2010 three students from Unity drove down to Washington DC, hoping to re-install the solar panels on the White House roof. For free! Great story, right? Hope and change, right? Photo op, right? With starry-eyed kids! But the White House — and I know this will come as a shock to you — stiffed them (although a functionary did hand them a brochure). No panels. Early October, 2010: CYA Press release announcing “plan” to install solar panels. June 2011 — and I know this will come as a shock to you — no panels. There in a nutshell is the Obama administration’s view of its then base, non-hydrocarbon-based sources of energy, and climate change. Quoting from the post: “You’d have to be a Mainer to know, but Unity College and Unity Maine are extremely cool places. They’re an epicenter for sustainable agriculture, organic seeds, permaculture, and every possible thing that marginal people — and that could include a lot more of us than we think — are going to need to survive, and even prosper if the metric isn’t money.” Under the bus with them! (There’s more invective, but this is a family blog.) This is why I can’t get too excited about the Romney privatizing FEMA flap, moronic though the idea is. Climate change isn’t a priority with either of ’em, so what do the talking points matter?

* Slogan of the day: The Romney Visits A Peasant’s Village! 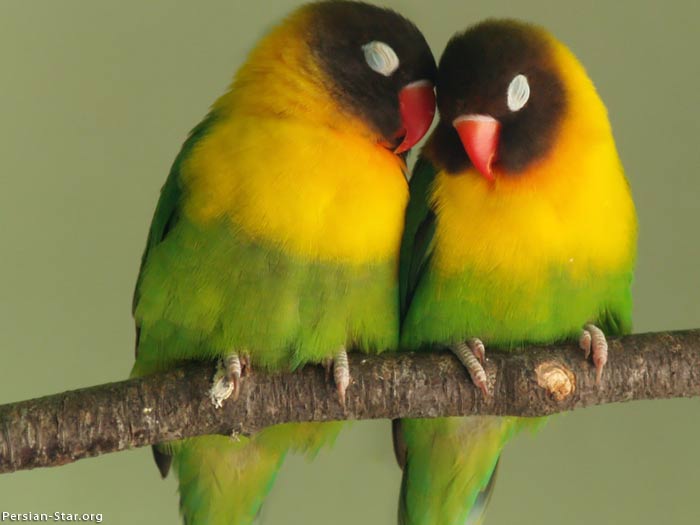