It’s Friday – need some help concentrating at work? Have a look at this picture… Independent (Catperson). Hah!

The Delusion of Limited Intervention in Syria Bloomberg

Obama’s Debate: What the Fuck Did You Expect? Gawker (Ep3)

The Peril of Obama’s “Man Crush” on Geithner is exposed by the Debate Bill Black, New Economic Perspectives

The painful lessons of the Central Park Five and the jogger rape case Guardian. An important read if you care about criminal justice. This case was front page news for months.

Why California’s Gas Price Nightmare Could Last For Weeks Clusterstock

Unemployment Falls Below 8.0 Percent for the First Time Since January 2009 Dean Baker

Also, we are working towards getting our tech issues addressed. Our tech guy will be working on the configuration this weekend, which hopefully will remedy some of the problems you have been experiencing. We are also looking at other types of solutions in parallel, but they will probably take longer to implement.

Finally, it would help me if you’d tell me what you like about Naked Capitalism because I’m trying to structure my work for next year. One conundrum I continue to wrestle with is how large the range of possible NC topics has become and how to choose which ones to pursue. In a perverse way, the crisis was much easier. The major stories seemed to have two week to three month cycles, with beginning, middles and endings. In the wake of the crisis, it’s as if someone threw a very large rock into a pond, and the impact, the concentric circles, just keep widening and widening. Any input here would be very much appreciated.

Readers, I’m a little over capacity this evening, what with trying to put a stake in the heart of a project. So I thought do a recap on the Social Security flap from last week’s debate between Obama and Romney. Spoiler alert: There’s nothing new here, but that’s not necessarily a good thing.

I actually had a lead written: “Long, long ago, in a primary far away, there was a candidate who needed an issue. His name was Barack Obama.” I thought that was pretty funny, because I started to pay close attention to Obama when he put Social Security “in play” in the 2008 Iowa primaries (and as a “character issue,” too, to add insult to injury). As Atrios remarked (October 27, 2007) at the time (citing Drum): “I appreciate that Obama needs an issue, but please don’t put social security into the Washington water. Once it gets in there all the serious pundits spend their days figuring out how best to starve granny.” (Readers: Notice that “zombie-eyed granny starver” has a pedigree, and it’s bipartisan.) I say “in play” because Democrats, with perhaps an assist from what we then thought of as the left blogosphere, had just finished beating George W. Bush like a gong for trying to privatize Social Security, and we thought Social Security was off the table. Atrios — he’s a professional economist! — explained (October 29, 2007): “So, anyway, having someone suggest that Social Security is a problem which needs to be dealt with by any serious candidate is like the bat signal for people like me. There is no problem with Social Security. None at all” (italics mine. Well, every reason, if you want to dogwhistle Republicans, but that’s a thread for another day.) Anyhow, I parsed Obama’s words carefully from then on, and ultimately left the Party, but that’s another thread for another day, too. “Class of” 2008. I know, way too late!)

Anyhow, that lead didn’t work out, because here’s Obama on on ABC’s “This Week with George Stephanopoulos on May 13, 2007, well before Iowa. Which I missed, because I was too busy beating up on Republicans to pay attention to the good guys (hollow laughter):

So Obama’s been willing to gut Social Security for some time. Aren’t they all? Fast forward to last week’s Presidential debates. October 3, 2012:

OBAMA: “You know, I suspect that on Social Security, we’ve got a somewhat similar position.”

Remarkably, or not, Obama agreed with Romney on Social Security before Romney had taken a position in the debate (although by this point Romney had dragged Big Bird to the chopping block by his scrawny neck, which might have been a clue). What could possibly have been the basis for Obama’s suspicion? Rather than take my blogger’s tin shovel to the ginormous pile of impacted yet steaming dung and leachate that is our legacy party discourse, let me just take the Republican platform (undated, and, in the proprietary PDF format, unlinkable, so classy) as a proxy for Romney’s views:

“While no changes should adversely affect any current or near-retiree, comprehensive reform should address our society’s remarkable medical advances in longevity and allow younger workers the option of creating their own personal investment accounts as supplements to the system.”

Well, that’s clear enough: A two-tier benefit system, with a measure of privatization. It’s also similar to the White House position (“check the web site!”), which is presumably a reasonable proxy for Obama’s position:

He [Obama] believes that no current beneficiaries should see their basic [meaning?] benefits reduced and he will not accept an approach that slashes [reduces OK, then?] benefits for future generations. The President also stands firmly opposed to privatization and rejects the notion that the future of hard-working Americans should be left to the fluctuations of financial markets.

So, Obama, the Republican Platform, and the White House are all agreed that the future of Social Security will be a two-tier system. In the debate, what did Romney have to say?

ROMNEY: “[N]either the president nor I are proposing any changes for any current retirees or near retirees, either to Social Security or Medicare. So if you’re 60 or around 60 or older, you don’t need to listen any further. But for younger people, we need to talk [dread words!] about what changes are going to be occurring.”

Romney too. So, that to me is what the debate boils down to, and it’s not news: A two-tier system of Social Security, with the battle to be fought out over privatization. (And you can bet that the battle, despite the White House’s brave deceptive words, won’t be about whether, but about when, how, and how much. After all, when you’ve mandated that people go on the market for a health exchange, why not mandate they go on the market for a retirement exchange? (Heck, a body organ exchange, but that might be carrying the good thing of a market state too far.))

How the young are going to handle both privatized retirement and massive debt is an open question, but no doubt the confidence fairy or the magicians of the marketplace have a ready answer.

One could wish that the entire debate was not framed as “I’ve got mine” — as Romney gracefully puts, “you don’t need to listen any further” — “now you get yours,” since, after all, what the legacy parties are doing, by advocating a two-tier system, is encouraging elders to betray their own children and grandchildren to age without dignity when their time comes. What a degraded, debased, vile, repellent, and let’s-just-go-ahead-and-call-it-evil political class we have today, to be sure. And yet, they think they know us so well, trying to work this con. Let’s hope they’re wrong.

* Slogan of the day: Forward to Shared Sacrifice With The Obama! 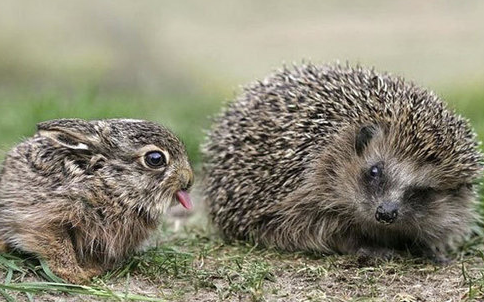