Matt Stoller is a fellow at the Roosevelt institute. You can follow him at http://www.twitter.com/matthewstoller. 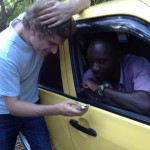 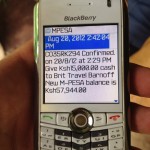 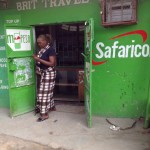 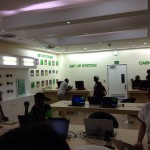 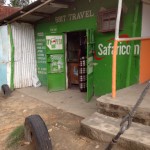 Throughout much of the United States, cell phone service is terrible (so is broadband, as Susan Crawford shows).  And not just in rural or sparsely populated areas, but cell phone calls routinely drop in major metropolitan areas. You can’t use your phone underground in New York, and there are plenty of places on Capitol Hill you can’t get service. I actually once had trouble getting service near the Federal Communications Commission. This is a result of a lack of competition and increasingly poor regulatory policies. In the late 1990s, 50% of wireless revenues were invested in wireless infrastructure. By 2009, that number dropped to a little over 10%. What is it today? We don’t know, because the FCC no longer even collects the data. The result is that your cell phone drops calls. Cell phone service is also expensive, and the companies nickel and dime you – America is one of two countries where the person receiving the call has to pay for the call. A rough calculation shows that up to 80% of the cost of your cell phone service comes from corruption.

Our banking services are similarly terrible. We have an increasing amount of power in the hands of a few large consumer banks. In most of Europe and in the UK, consumers rarely use checks, they simply transfer money over the internet. A paper check is somewhat absurd – a check is a few bits of information, so there should be no reason to clear this through a paper-based system. But in the US, the backend is still rooted in a 1970s architecture called Automated Clearing House, which was itself layered onto a much older system. This system allows checks (and debit card transactions) to take up to five days to clear, and is remarkably insecure. The association that runs the ACH, known as the National Automated Clearinghouse Association (NACHA), refused to upgrade it after member banks voted to kill a measure to speed up our payments clearing system. In America, the largest banks – JP Morgan Chase, Bank of America, and Wells Fargo – are only now introducing products to allow internet transfers between bank accounts. I tried Chase’s Quickpay service a few weeks ago, and it’s pretty confusing and limited. Mostly, the fat and happy credit card oligopoly of VISA and Mastercard enjoys absurd margins, a roughly 2% tax on every transaction in the country.

These systems interrelate, and inefficiency in one impacts the other. This became very obvious to me when I went to Kenya last summer, and saw how a semi-competent telecom and banking system could work. Kenya has the world’s most innovative mobile payments system, called M-Pesa. M-Pesa is a cell phone based cash remittance system based on text messages.  Unlike Chase’s Quickpay system, M-Pesa just works, and works well. You load your SIM card with money at any number of street stalls, telecom stores, beauty shops, or anywhere else someone has decided to set up a Safaricom outlet. Transfers happen via text message, and they cost 0.5 – 4% of the cost of the transaction, which is cost effective for a country where so few people have access to banks. Withdrawals can happen at any Safaricom outlet. If your phone is stolen, that’s ok, the cash is loaded onto your SIM card and you have a unique password. And everyone uses it. It’s like Paypal, only it’s not terrible.

No one quite knows why Safaricom, which is essentially a monopoly, has been able to make this system work in Kenya, whereas large banks and telecoms haven’t been able to make something similar work in the United States. There’s a good case to be made that the lack of banking services in Kenya left open a large business opportunity.  There was a ready made culture for this service – workers in Kenya often send money they make in urban areas back home, and there are many small retail stalls run by shopkeepers which were quite willing to sell Safaricom services. M-Pesa first caught on among the unbanked. In the US, most people have access to banks, and remittances are only common among certain population sub-groups (the Consumer Financial Protection Bureau is actually beginning to regulate the space). Credit cards are common. But still, this doesn’t explain why I can easily transfer money from a checking account in Europe to a friend’s checking account in Europe, but can’t do it here. I spoke with representatives from Dwolla, which is a company attempting to build a similar system in the US, and they didn’t really have an answer. The Federal Reserve, which overseas check-clearing in the United States, hasn’t been able to force an upgrade to the clearinghouse that American banks use. The National Automated Clearinghouse Association (NACHA) hasn’t wanted to, and didn’t respond to my inquiry as to why they aren’t trying to make it happen. And unlike Safaricom, American telecommunications companies haven’t pushed into the banking space, largely resisting the ability to buy goods and services via text message or short codes.

This isn’t just a problem of monopolistic behavior or excessive market power. Safaricom is a very powerful company in Kenya, and there is basically no competition to what they do. Yet they have produced a terrific system that companies all over the world are trying to replicate. Cell service on volcanos where no one lives except zebras and lions is more reliable than cell service on Fifth Avenue in New York. What seems to have happened is that American corporate executives are now more focused on financial engineering, which is essentially the extraction of capital from their enterprises and from the public, than they are at selling improved goods and services. For example, GE just got a tax break extended which added $3 billion a year in annual profit in the latest fiscal cliff deal. That’s a lot of money, and not one good or service was improved to drop that cash to the bottom line. As another example, the cable industry is projecting an average monthly bill of $200 by 2020, versus $86 today. At 73 million subscribers, that’s an additional $100 billion a year of revenue. Comcast alone has 22 million customers – that’s $30 billion a year for this one company alone. And let’s be clear, this is not going to better products, Americans tend to get worse internet and cable service than counterparts around the world. Investing in manipulative pricing schemes, lobbying for tax breaks and not investing in good infrastructure is a rational choice for American corporate executives, since their ethic is to extract as much capital as possible from the American economy. And yet, this is why America can’t have nice things.

Antitrust is the core problem here. Without restraint on behavior, corporate executives will work to grab as much market and political power as possible, because only market power and political power allows them to have pricing leverage without investment, risk, or innovation. Competition is the enemy of these businessmen. America has a long tradition of monopoly power and anti-monopoly sentiment and activism. From the progressive era of Teddy Roosevelt to the early 1980s, America had a strong tradition of antitrust regulation rooted in the understanding that too much market power led to inefficiency and price gouging. This tradition ended under Reagan. Since this dramatic shift in antitrust enforcement, corporate power in every industry from cable to railroads to rental cars to banking to health insurance to pipelines has skyrocketed. The result has been inefficiency and price gouging. American electric utilities have dramatically reduced the number of people they have that can repair power lines, which is why it took so long to restore power after Hurricane Sandy. Increasingly, services provided by American corporate oligopolies are terrible. That’s why, if you want to see the future of banking services, you have to look to Kenya. We know how to fix this. It’s called antitrust. And we have to do is dust off some old law books, decide that greed isn’t the only core value we believe in, and get to work.