U.S. Has 7th Highest Cancer Rate in the World WebMD

The Shortsighted History of ‘Argo’ Consortium News (May S)

The Saudi Arabization of Islam CounterCurrents

LOBBY TO GET ISRAEL EXEMPTED FROM SEQUESTRATION MJ Rosenberg (Carol B). You cannot make this stuff up…

Is the University of Virginia Really Out of the Woods? E. F. Beall Firedoglake. UVA alumni, raise holy hell!

Texas Declares War on Robots Robots (furzy mouse). Note this site does not like the bill, raising the usual line that it is overly broad. If you are in Texas, consider supporting the bill.

Lords of Disorder: Billions for Wall Street, Sacrifice for Everyone Else Truthout

Promises, Promises at the New York Fed Gretchen Morgenson, New York Times. The New York Fed sells favorable testimony to Bank of America. Is the bank in such desperate shape that the Fed will throw it help on any and every issue?

Antidote du jour (furzy mouse). I happen to like crows. See here why. This crow seems to be impersonating the “Uncle Sam Wants You” poster. 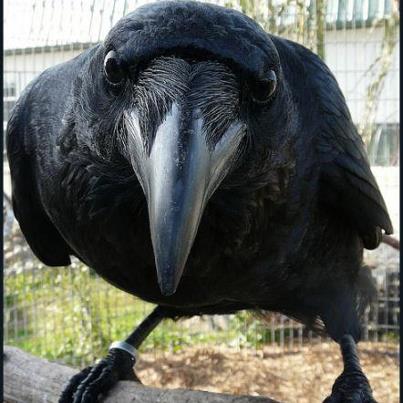