It turns out Lambert’s mother-in-law research is pretty good. A February 27 report from Orono, Maine:

Long conversation between the driver of the municipal shuttle bus, a chatty type, and a passenger. She’s going to back to school to become a nurse (“those will be the last jobs to go”) he’s an older engineering student also working grocery bagging and doing internships.

The economy is never going to get better

The next crash will be student loans

Not excited or angered about, just the way it is. And they’re both going into debt over student loans anyhow (she $40K worth but “a job for the rest of my life”).

Neither of them from the country, as it were. Both pretty cosmopolitan.

Word from the hinterlands…

On February 28, the New York Fed released a study on student loans. Much blogosphere chatter, of the “it’s a bird, it’s a plane, it’s a bubble” based on charts like this… 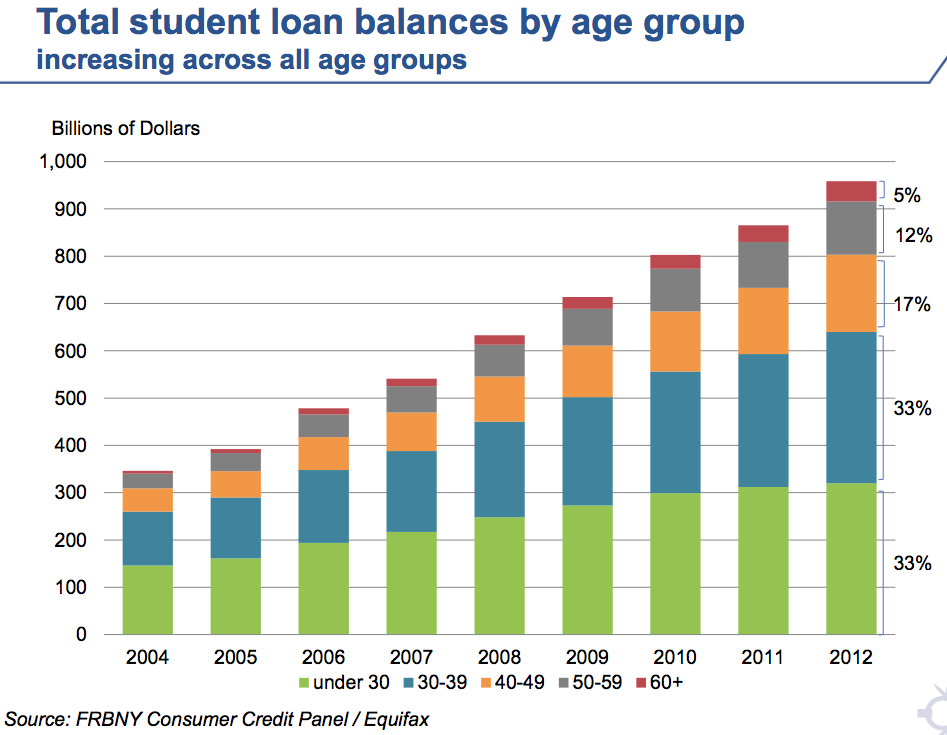 ….pointing out that student debt outstanding is nearly three times as large as the total as of 2004, and more scary charts like this: 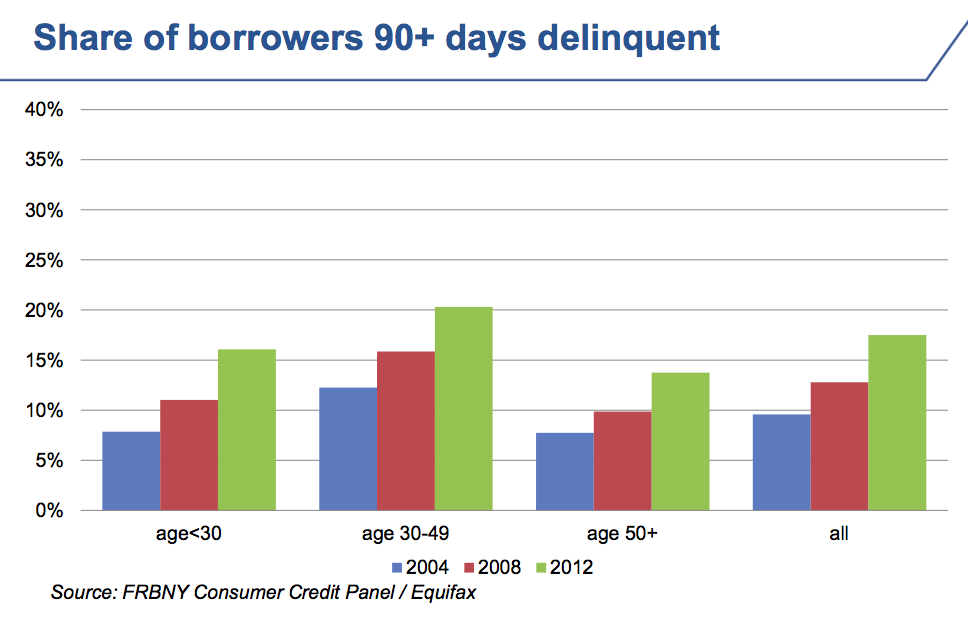 This is even uglier than you might think, since 30-49 are peak earning years. Oh wait, that was the old normal.

And when you integrate this with the just-released New York Fed quarterly household credit survey, you reach some not pretty conclusions. Student debt is now a bigger source of consumer borrowing than credit cards (we are speaking in terms of macroecomoic impact): And it’s now the loan category where borrowers are in most distress (hat tip Russell H): 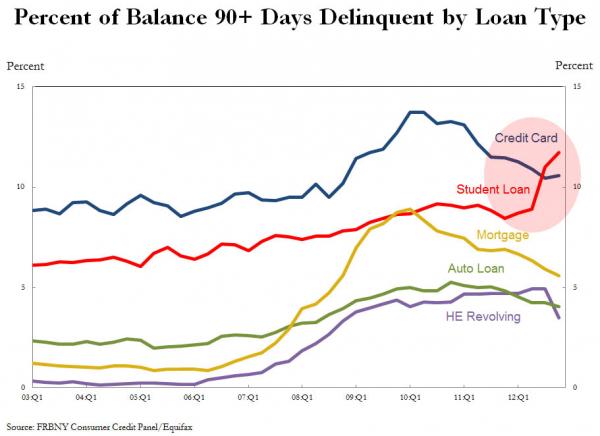 This level is particularly ugly given that student loans cannot be discharged in bankruptcy. It’s more rational to get in arrears on anything else, since you have some hope of negotiating for a restructuring.

As Warren Mosler said via e-mail:

Student loans have been making a meaningful contribution to aggregate demand.

If origination slows it’s another negative for growth and output to add to the tax hikes and spending cuts.

This is not to say I favor the student loan channel for education. Quite the contrary, in fact.

And when they end the support ends.

So Lambert’s bus sources were spot on: student loans are not only looking bubbly, but the level of borrower stress is saying something has got to give. One sign is that law school enrollment has fallen 15% since 2010. Students are correctly worried about borrowing heavily in a weak job market. But so far, enough people believe in the value of education as a workplace credential that the student loans outstanding are still rising. It’s hard to discern how this plays out, but the endgame might not be that far off.