Inside America’s Deer-Industrial Complex Outside Online (Dr. Kevin). Gotta tell you, venison is delish, provided you know how to cook it. And the wild ones are lean so not too bad health-wise as red meat goes. I still feel bad about eating mammals, but deer hunting stuck me as not terrible, since the number of hunting permits handed out and the length of the hunting season (at least in Michigan and West Virginia) were functions of how many deer needed to be culled to keep them from starving to death in the winter.

Solar power to trump shale, helped by US military Ambrose Evans-Pritchard, Telegraph. Gotta read this. This is one of the cheeriest bits of news I’ve seen in a long time. Wish someone would call off the frackers based on this.

European Recovery Means Little for Jobless Generation Bloomberg. GDP is up 0.3% for one quarter and now it’s a recovery? Spare me.

There Is No Such Thing As NSA-Proof Email Mother Jones

Obama’s unconstitutional steps worse than Nixon’s George Will, Washington Post. Hahaha! We’ve been comparing Obama to Nixon unfavorably for a while! No one is yet willing to use the “i” word (as in suggesting Obama is engaging in impeachment-worthy behavior) but you can see Will come within a hair’s breadth of saying that. Any bets as to how long before someone seen as legit (that means a national political figure or an MSM pundit) says the magic word in connection with Obama?

Summers Storm (a lot of good stuff I managed to miss):

Tell President Obama to not appoint Larry Summers as Federal Reserve chair Daily Kos. Please, go sign NOW. Maybe someone can start an official White House petition too. It would be amusing to have Obama have to make an official response to a petition that got, say, 200,000 signatures saying that Summers sucked.

Why Is the Fed Chairman a Bank Regulator (or an Economist)? Adam Levitin, Credit Slips

I Know What You Did Last, Summers: The Shady Deals That Will Hand Larry The Fed Mark Ames, NSFW

Ex-JPMorgan employees charged. Who else should be worried by the London Whale? MarketPlace

How One Employee And One Consulting Firm May Be Singlehandedly Responsible For The Stunning Pay Gap Between CEOs And Workers Clusterstock. McKinsey, natch. I have the book in galleys so I guess it is now fair game to write about it (it’s got an annoying level of minor errors and there’s some other stuff I need to verify with some other ‘Zoids, but I’m certain this story is accurate).

Two JP Morgan traders charged over ‘London Whale’ incident Guardian. I know I am supposed to be excited about this, but as I said earlier, 1. All the basic allegations were in the Levin hearings documents and 2. It looks like the DoJ strategically has decided to treat Martin-Artajo (who clearly had some de facto authority; he was trying to present himself as in charge of the CIO on important issues) as the equivalent of a rogue trader. But Levin also made clear the bank was involved (management was aware of the size of the positions, lied to the OCC, plus we’ve discussed repeatedly how deficient their controls were). So while getting the personnel most directly involved is important, heads higher up need to roll or at least be implicated.

Finance: Balance sheet battle Financial Times. This is noteworthy. Bank regulators are getting strict with bank on total leverage, something Sheila Bair pushed for keenly (and per her, was less successful than she would have liked). And you have to love this part: the regulators have started looking at the various ways banks calculate risk weightings, and the results are so wildly disparate that it’s led the authorities to see that something is indeed rotten in Denmark. Now the new toughmindedness is also no doubt that the banks are making so much money that there’s no good case for not insisting they bump up their capital levels. 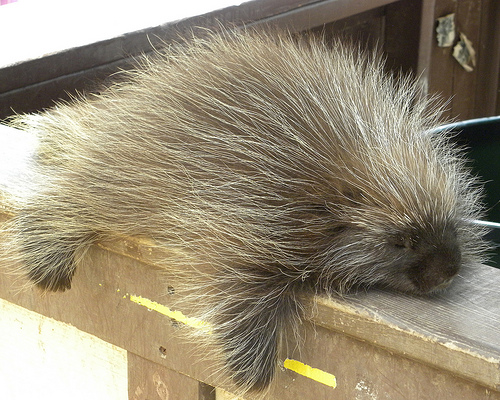