Yves here. We had predicted that the sharp rise in mortgage rates precipitated by the Fed’s taper talk would put a damper on the housing “recovery” and could even send it into reverse if rates continued to increase. They’ve in fact fallen over the past few weeks but are still markedly higher than in the spring. The central bank has been sending mixed signals over the last week or so, on the one hand seeming more inclined to taper based on its cheery view of the fundamentals, but concerned over what a budget slugfest might do to the confidence fairy.

MacroBusiness provides a good overview of the latest releases. It’s important to notice its comments on consumer deleveraging. That’s a decided negative for growth, particularly in combination with the ongoing effects of the sequester.

As Wolf Richter pointed out:

Average interest rates for 30-year fixed-rate mortgages, at 4.56%, are nearly a full percentage point higher than in early May. These higher rates have been colliding with much higher home prices. Result: a dizzying jump in mortgage payments. Sticker shock for prospective buyers.

So first-time buyers now account for only 29% of total sales; prior to the housing crash, they accounted for up to half. The Fed’s “wealth effect” policies are pushing average Americans out of the housing market. Of course, they don’t have to be homeless. About half of the vacant single-family homes that these private equity firms and REITs have acquired are still vacant – maybe they’d cut some deals on rent.

Last night markets appeared to embrace more taper prospect. However the data was not favourable. It is now quite clear that the US mortgage market has turned sharply on the taper inspired spike in bond yields and hence mortgage rates. From the Mortgage Bankers Association:

As usual, Calculated Risk has the charts: 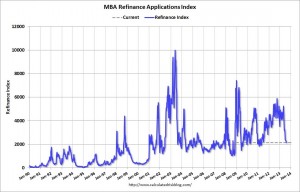 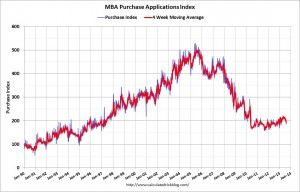 Remember that US house prices actually track the refinancing index quite closely so I expect price gains are likely to slow sharply in the not too distant future, slowing consumption as well, although the new construction wave will proceed. Nonetheless, the 30 year bond  is sitting right at the top of its recent range with yields at 3.75%.

Also weighing against any imminent taper were producer prices, which were unchanged on the month and sit at 2.1% year on year.

Rounding out our evening’s data, despite the recent surge in mortgage debt, US households continue to deleverage, according to the Fed: 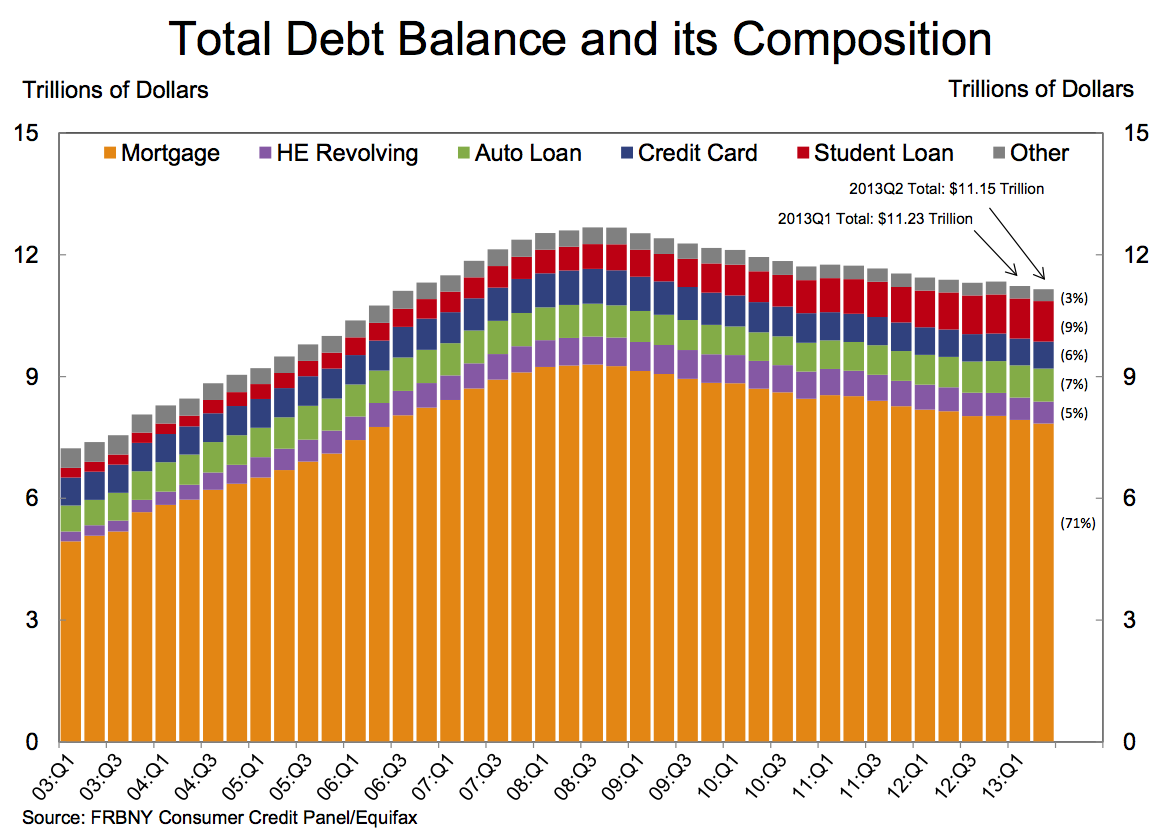 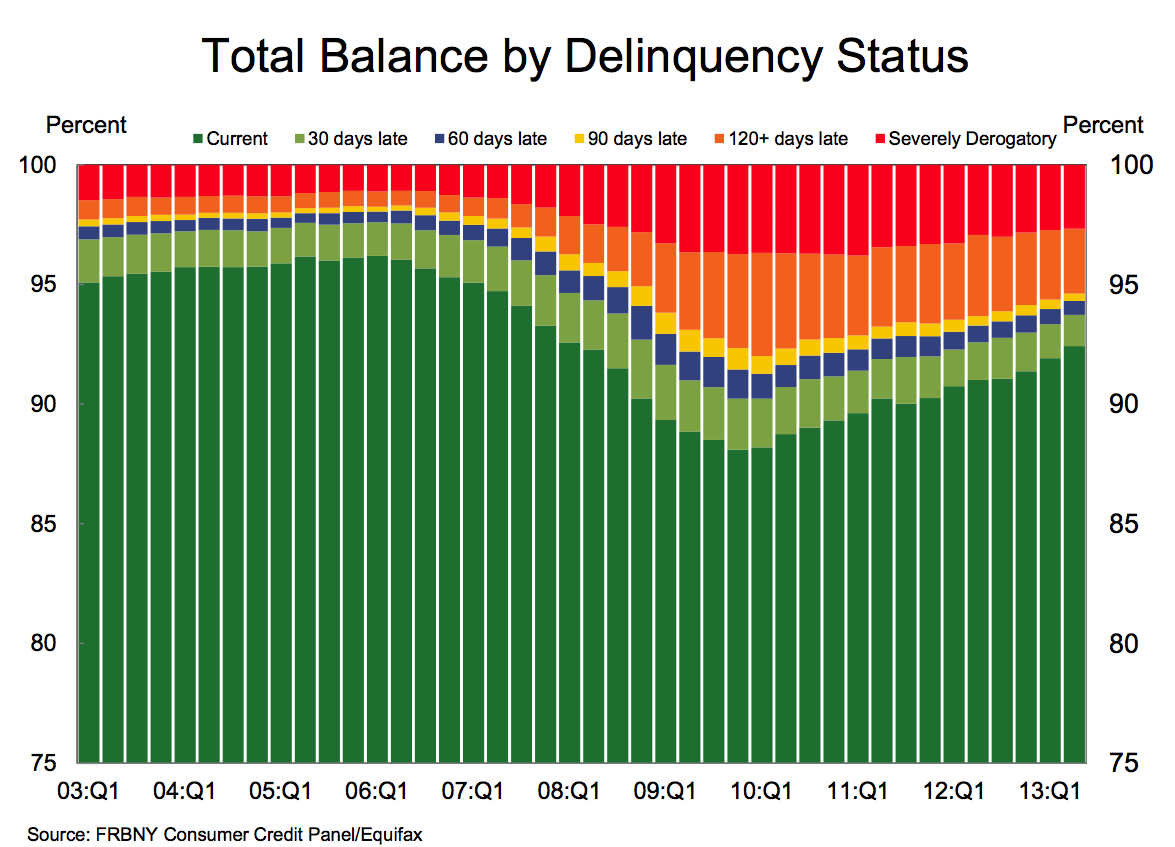 The Fed told us it was going to taper to prevent excessive leverage building up as the cycle accelerated. It is succeeding but growth is not going to accelerate as a result.