Man Wakes Up from Surgery, Realizes He’s Married to a Beautiful Woman Gawker

In Spain, simply doing nothing is not an option! Ed Hugh, Credit Writedowns

Romantic Germany risks economic decline as green dream spoils Ambrose Evans-Pritchard, Telegraph. Some readers were dismissive of a Michael Klare piece yesterday in which he reported on a DoE forecast that anticipated the US would still be heavily dependent on fossil fuels in 2040. This piece discusses how the German effort to produce 50% of its energy from renewable sources by 2035 is going off the rails.

Scenes from a Crackdown: What Really Happened in Cairo? New York Review of Books

A Plea for Caution From Russia Vladimir Putin, New York Times. Google the article title if you need to get past the paywall. This is remarkable, potentially a historically important piece, and a striking contrast with Obama’s speech.

Kerry and McCain’s Source for Moderate Syrian Rebel Claim Fired for Fraud DS Wright, Firedoglake. Wow, I thought everyone knew O’Bagy was a propagandist for the rebels.

Journalists Grope Blindly Around Syria CW Destruction Without Discovering Need for Ceasefire Marcy Wheeler. Read to the end. Marcy nails the real reason why the Administration has such antipathy for the Russian proposal.

I’m departing from my normal practice and am including a video as a link because it’s an important follow on to the post yesterday “Why Does John Kerry Still Have a Job?” It’s hard to appreciate how terrible a job Kerry is doing based on insider accounts. This clip from September 10 might give you more of a feel:

As Lambert wrote when I sent it to him:

Wow. That’s astonishing. Kerry’s acting like he’s a forty-something under-secretary of something-or-other, not an elder statesman of the party and a Constitutional officer. I’d use this to call Obama’s judgment into question; now that his political team has left to cash in, nobody’s protecting him from himself.

No wonder Kerry’s nomination sailed through; “When your enemy’s drowning, throw ’em an anvil.”

Congressional Vote on #Syria Whip Count, Sept 11 – Bombing for Peace Jane Hamsher. The place I saw the Kerry clip, plus get a load of the updated whip count. 14, count ’em, 14 Congresscritters becoming MORE negative in the wake of Obama’s speech and Kerry’s efforts at browbeating persuasion, and only one moving the other way. And Shelby saying he will “firmly oppose” the use of American military in Syria is a big deal. The only moves in Obama’s directions are Diane Feinstein walking back her statement in support of diplomacy a tad to now push the Administration fallback, that a resolution authorizing force if Assad doesn’t perform to the US’s (no doubt unreasonable) standards will put the strikes back on, along with Heidi Heitkamp shifting to support McCain’s AUMF finesse.

Mayor Rahm Emanuel: Why I said ‘no’ to the Midway deal Chicago Tribune. Mirabile dictu, it appears the bad press about privatizations is impeding card-carrying members of the Hamilton Project from enriching Big Finance.

Yahoo CEO Mayer: we faced jail if we revealed NSA surveillance secrets Guardian. Oh, come on. All it would take is 3 big compnmay CEOs defying the NSA tout ensemble. All of Corporate America outside maybe the military industrial complex would rally to their defense, and more important, enough would threaten to withdraw campaign funding to force a climbdown.

The Import & Impact of Glaski v. Bank of America StopForeclosureFraud

Occupy Finance the book, coming out next Tuesday (#OWS) mathbabe

Annals of ignoble cowardice, Second Circuit edition Felix Salmon. A very useful piece, particularly if you have gone into MEGO (My Eyes Glaze Over) on the Argentina default rulings and want to catch up and read something accessible. 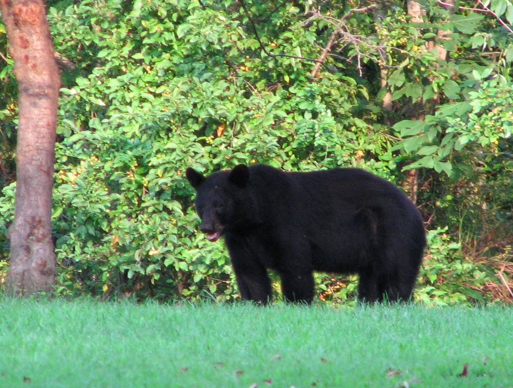