“Is the U.S. economy really about to go boom?” Econbrowser

Where in the United States are the largest shadow economies? Marginal Revolution

Car sales missing The Center of the Universe

Arctic blast dropping temperatures in U.S. to lows not seen in years CNN

Thinking Outside the (Big) Box Times

Napolitano: No clemency for Edward Snowden The Hill

NSA statement does not deny ‘spying’ on members of Congress Spencer Ackermanm, Guardian. Sure, but have they bugged every motel and hotel room in the Beltway? I’m guessing yes.

Boeing machinists approve contract securing 777X jet Chicago Tribune. “They held a gun to our head and our people were afraid.” Chicago Tribune because workforce-hating Boeing moved its headquarters from iconic Seattle.

Disinformation on Inequality Paul Krugman, Times. Say what you like, the man can still shred.

20 Things the Poor Really Do Every Day HuffPo

An Error Message for the Poor Times

HealthCare.gov defects leave many Americans eligible for Medicaid, CHIP without coverage WaPo.  Well, it’s not like human lives are at stake.

Obamacare: Adding a baby to health plan not easy AP. Also not easy: “marriage and divorce, a death in the family, a new job or a change in income, moving to a different community,” all of which affect your rates, your subsidies, and your compliance.

Vietnam: Back to Organic? The Diplomat

A Lonely Quest for Facts on Genetically Modified Crops Times. IMNSHO, the real issue is privatizing our common germ plasm.

The Birds The New Yorker 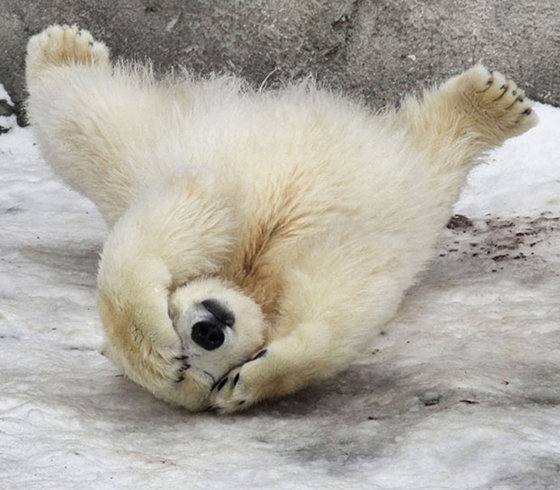