Thanks for all your input on our post asking about RSS. Separately, I’m still not over my bug and so I hope you will forgive the thinness of original posts.

Is the Wolf a Real American Hero? New York Times

Waiting for China to Speak Out Against Putin Bloomberg. Editorial. Who wants to bet on how long the West will have to wait?

Denying the Far-Right Role in the Ukrainian Revolution Fair

Rallying for Ukraine NBC10 (Carol B).

Do as we say, Russia, not as we do Susie Madrak

Behind Clash Between C.I.A. and Congress, a Secret Report on Interrogations New York Times

Morning Plum: As GOP certainty about Obamacare’s collapse deepens, number of uninsured falls again Washington Post. Lambert: “I love how we’re using Gallup because all the government’s numbers are soft.” Also note that the group that shows the biggest gains is the <$36,000 in household income cohort, which is consistent with the notion that the main benefit of the ACA is likely to have been Medicaid expansion. HHS Doesn’t Know How Many Uninsured Are Signing Up for Obamacare National Journal. Lambert: “ZOMG, read the quotes!”

Petition for Single Payer RootsAction. Please sign. Unlike a lot of petitions, they allow you to opt out of being added to a mailing list. And it automagically harasses your Senators for not being on board.

Debt Servitude and the Student Loan Bubble Counterpunch (Carol B). A good recap.

No, Americans Are Not All To Blame for the Financial Crisis Dean Starkman, New Republic

Antidote du jour (furzy mouse). Panda scared after the earthquake in Japan embraces the leg of a policeman. 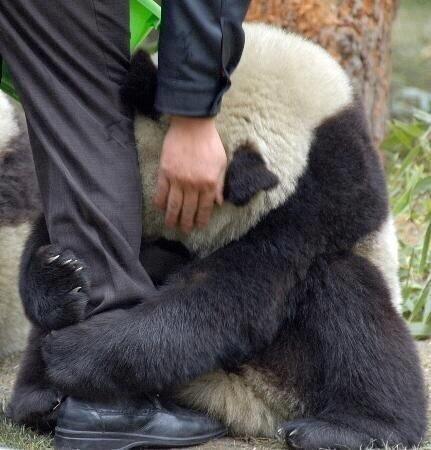