The height of today’s populations cannot explain which factors matter for long-run trends in health and height. This column highlights the correlates of height in the past using a sample of British army soldiers from World War I. While the socioeconomic status of the household mattered, the local disease environment mattered even more. Better education and modest medical advances led to an improvement in average health, despite the war and depression.

The last century has seen unprecedented increases in the heights of adults (Bleakley et al., 2013). Among young men in western Europe, that increase amounts to about four inches. On average, sons have been taller than their fathers for the last five generations. These gains in height are linked to improvements in health and longevity.

Increases in human stature have been associated with a wide range of improvements in living conditions, including better nutrition, a lower disease burden, and some modest improvement in medicine. But looking at the heights of today’s populations provides limited evidence on the socioeconomic determinants that can account for long-run trends in health and height. For that, we need to understand the correlates of height in the past. Instead of asking why people are so tall now, we should be asking why they were so short a century ago.

In a recent study Roy Bailey, Kris Inwood and I ( Bailey et al. 2014) took a sample of soldiers joining the British army around the time of World War I. These are randomly selected from a vast archive of two million service records that have been made available by the National Archives, mainly for the benefit of genealogists searching for their ancestors.

For this study, we draw a sample of servicemen who were born in the 1890s and who would therefore be in their late teens or early twenties when they enlisted. About two thirds of this cohort enlisted in the armed services and so the sample suffers much less from selection bias than would be likely during peacetime, when only a small fraction joined the forces. But we do not include officers who were taller than those they commanded. And at the other end of the distribution, we also miss some of the least fit, who were likely to be shorter than average.

Figure 1 Distribution of heights in a sample of army recruits 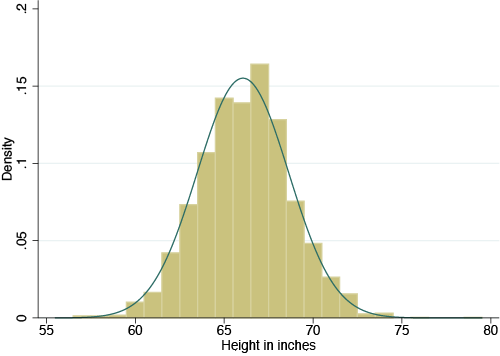 Figure 1 shows the distribution of heights in our sample. The average is almost exactly five feet six inches (168cm) (for reasons that are unclear the mode is at five feet seven). Although there was a minimum height requirement of five feet three inches, this was breached early on in the war with the establishment of the so-called bantam regiments (later merged into conventional regiments). Indeed, nearly 10% of our sample measured up at less than five feet three.

So, are the heights of these servicemen linked to their socioeconomic origins, and if so, how? Economic historians have often associated the heights of servicemen with characteristics of their birthplace, but typically with no information about their individual household circumstances during childhood. Thus, it remains unclear whether the locality effects simply represent average household conditions (a rough proxy for the individual’s circumstances), or whether they genuinely stem from the locality.

In order to capture household conditions during childhood, we have traced the soldiers whose heights are represented in Figure 1 to children in the 1901 census of England and Wales. We have a remarkably high rate of successful matches of about 80%, which is much higher than is achieved in other studies that rely on historical record linkage. We typically have details of birthplace and next of kin from the army record, but this is mainly because we have searched for each case individually, much as a genealogist would.

So what do we find?

• Looking at household conditions alone, we find that those from middle class households were half an inch taller than those with working class origins

• We also find that servicemen were shorter the more siblings they had, consistent with the idea of a quality-quantity trade-off in health

It is interesting to note some things that don’t matter very much. One of them is the individual’s birth order. Also, if the serviceman’s childhood household was headed by a female, or if his mother was an earner, seems not to matter much, contrary to the views of some contemporary observers. On the other hand, a larger share of earners in the household seems to have had a negative effect on height, perhaps because of the priority given to earners in the distribution of household resources.

Did the locality still make a difference? We find that it made a big difference, even after accounting for the socioeconomic status of the individual household. But we do not find the negative effect of population density (population per acre) that some have found for the mid-nineteenth century. Nor do we find that living in an agricultural district confers much height advantage, as studies of much earlier eras have found, probably because market integration had diminished the benefit of living close to food sources.

• Two negative effects are the proportion of households in the district that were severely overcrowded (more than two persons per room); and

• Whether or not the district was highly industrial. Those that grew up in industrial districts suffered a height deficit of more than half an inch

These locality effects are surprisingly powerful. So how did they work? They seem to have affected height through their influence on the local disease environment, for which the infant mortality rate is a good proxy. By itself, infant mortality had a strong negative effect on height – an effect that amounts to a difference of an inch between districts with the lowest and highest infant mortality (10th versus 90th deciles). In turn, infant mortality is strongly influenced by overcrowding in the district, its industrial character, and its rate of female illiteracy.

• These results indicate that while growth during childhood was influenced by the socioeconomic structure of the household, the local disease environment mattered even more

This contrasts with modern findings in which local conditions exert only small effects once household circumstances are taken into account. Disease was transmitted more readily in overcrowded communities, and industrial pollution added to disease burden. Perhaps not surprisingly, female education provided a basis for the diffusion of better child nurturing practices.

The findings reported here have significant implications for understanding the dramatic improvement in health for subsequent generations. In the following half century the height of males increased by about two inches. This was a period of rapid fertility decline, which would have increased height by about a third of an inch. It also witnessed a decline in the rate of infant mortality from around 15% to just 6%, which would have added one and a third inches.

Sanitary reforms and housing renewal improved the urban environment, and industry gradually became less toxic. Illiteracy disappeared while average education increased by 2-3 years. More and better education, combined with modest medical advances, brought better understanding of the benefit to children of nutrition and hygiene. Together, these developments help to explain the apparent puzzle of the improvement in average health status during a period of war and depression that predates the advent of universal health services.