A Richard Smith anti-antidote (actually by his standards, an antidote)

Smartphones: The Silent Killer Of The Web As You Know It NextWeb

Infusions of young blood may reverse effects of ageing, studies suggest Guardian. Alarmed reader reactions yesterday in Links and via e-mail. Both Vatch and I thought of Elizabeth Bathory, arguably the world’s most prolific serial killer.

Gary Becker, economics Nobel Laureate, dies at 83 Japan Times. I know it is not polite to be disrespectful of the recently deceased, but when I saw Becker speak at the Milken conference in 2008, it was the first time I saw toads hop out of someone’s mouth.

From luxury to poverty: The once grand hotel which attracted the wealthy is now home to squatters trying to find shelter where drugs and disease is rife Daily Mail (Bob V)

How is China’s jobs market? MacroBusiness

Ital-Thai drops its revenue forecast The Nation. Lambert: “This is a big deal; Ital-Thai is a humongous conglomerate that does a lot of construction and you see their hoardings all over Bangkok on big infrastructural projects, so it’s dependent on a government that functions, which Thailand does not now have.”

We must not hide Max Clifford’s crimes behind a veil of euphemisms New Statesman. Chuck l: “NS criticizes the kid gloves with which most media continue to treat sexual assault by the rich and/or famous.”

Get Away with Theft and Terrorism: Be a White Male Conservative! Phoenix Woman, Firedoglake (Chuck L)

With Unlimited Financial Campaign Contributions, One Robber Baron Can Control a State Truthout

Keen: We need bubbles or bastards to grow MacroBusiness

Too Big to Jail Continues: DOJ May Charge Two Banks with Criminal Acts, But Not Hold Them Criminally Accountable Truthout

The basic flaw in all economic modelling MacroBusiness

LEAKED: Docs obtained by Pando show how a Wall Street giant is guaranteed huge fees from taxpayers on risky pension investments David Sirota, Pando. Another “public pension fund as chump” story, this with Blackstone as the victimizer on a hedge fund of funds.

New Careers for the New America David Cox, Firedoglake. Carol B: “And comment #1.”

In addition to circulating the Bill Moyers video on net neutrality to friends and relatives, Jeff W provided an excellent list of links on how to write the FCC and tell them “hell no!” on their plan to give into the local broadband duopolies. Please act on it and sent along to others. Vatch flagged the relevant White House petitions to sign. Thanks for your efforts! NC is in jeopardy if the communication giants get their way.

Antidote du jour. Squirrel in snow, Grand Canyon (David L). The critter is an uncharacteristically small feature in this antidote, but I liked the shot and hope you do too. 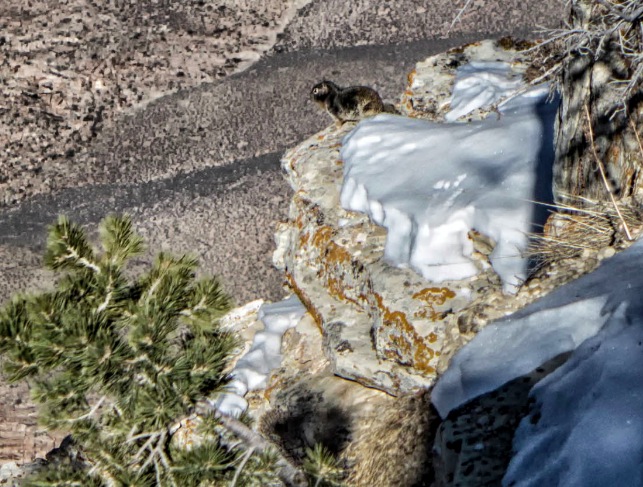