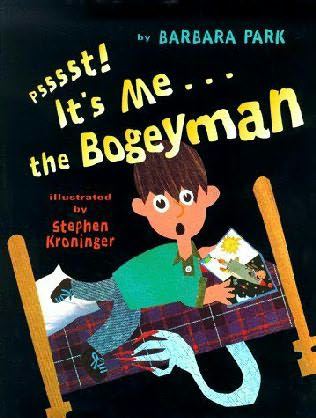 I have pointed out on here recently that Thomas Piketty’s views on public sector debt are wholly un-Keynesian. Well, we should also point out that his view of inflation and interest rates are also fairly un-Keynesian. Piketty basically thinks that the reason that governments have been able to run persistent government deficits is due to consistent inflation which erodes the real interest rates governments must pay on their debt. This may be true, but the conclusions he draws from it are altogether incorrect and, again I must stress, not the conclusions a Keynesian economist would draw. Piketty writes,

The inflation mechanism cannot work indefinitely. Once inflation becomes permanent, lenders will demand a higher nominal interest rate, and the higher price will not have the desired effects. Furthermore, high inflation tends to accelerate constantly, and once the process is under way, its consequences can be difficult to master: some social groups saw their incomes rise considerably, while others did not. It was in the late 1970s—a decade marked by a mix of inflation, rising unemployment, and relative economic stagnation (“stagflation”)—that a new consensus formed around the idea of low inflation. (p134)

In his book Money, the Post-Keynesian economist Roy Harrod brings to the reader’s attention a part of Keynes’ monetary theory that is not widely appreciated today. Namely, that Keynes thought — contrary to what the vast majority of working economists today assume — that the expected rate of inflation and, indeed, the actual rate of inflation have no effect on baseline interest rates. Harrod writes,

In the Keynes scheme the prospect of inflation has no tendency to raise the rate of interest. This springs from his contention that to understand the nature of the market rate, one must fix one’s spotlight firmly on the relation between cash and bonds. The point here is that cash itself is as liable to erosion by inflation as the promises to pay cash. If the choice is between holding cash and holding promises to pay cash, there is no difference whatever as between these two assets in regard to the prospect of inflation. (p179)

Of course, the money could flee the country. That is, there could be a run on the currency in question. But that seems very unlikely outside of a hyperinflation. And in a hyperinflation the dynamics will be self-limiting in two directions. (1) The rapidity of the increase in the money supply will greatly outpace any foreign outflow. (2) In a hyperinflation a currency generally loses its foreign exchange value almost completely, making it impossible for people to take their money out of the country and buy foreign assets.

Outside of a hyperinflationary collapse of an economy, people have to work and earn money and businesses have to turn a profit. This requires money to circulate within the country. Ultimately, this money has to go somewhere when it accrues as savings and if all of it left the country at once the economy would simply come to a halt. This has never happened in history, of course, and if you think it through it is truly an absurdity. In practice the markets just have to accept the fact that they might have negative yield on their hands. Ceteris paribus this will put them under very great pressure to invest the money in riskier assets within the country and this is part of the Keynes schema. Harrod writes,

What the prospect of inflation does affect is the comparative yield of bonds on the one hand and equities and real estate on the other. Equities and real estate are hedges against inflation, and, in periods when inflation is expected, the rate of interest on bonds should be higher than the yield on equities of comparable standing… But the fact that the prospect of inflation causes the yield of equities to fall relatively to the yield on bonds does not entail that it causes the yield on bonds to rise absolutely. According to Keynes it is impossible for it to have that effect. (pp179-180)

This is extremely important because the Keynesian view is very much so at odds with what many working economists will tell you. The Keynesian view will tell you that in an inflation risky assets will become more popular. That means that interest rates on these assets will fall, not rise. Interest rates on safe assets, like Treasury Bills, will remain wherever the central bank sets them. This is also what the historical data shows to be the case.

So, why don’t working economists generally accept this? Two reasons. First, is the loanable funds theory. This theory states that interest rates must increase when output increases. When confronted with the fact that the monetary authorities set the interest rate, loanable funds theorists have recourse to the soothing idea that too much demand will lead to inflation and this will lead to an automatic rise in interest rates. This myth salvages the model in which these economists have invested their intellectual capital. But it is inaccurate and at odds with reality.

Secondly, many working economists work in central banks or market institutions. The idea that inflation might lead to a rise in interest rates serves a nice mythic purpose for both. For the central bankers it acts as a taboo that reinforces their inflation fears because they believe that if they violate some sort of Divine Law then they will lose control over the situation. For the market economists it gives the illusion that their institutions — market institutions — have some modicum of control over interest rates. It also serves as an implicit threat to the authorities that if they dare to provoke inflation — which, of course, the financial markets hate beyond all else — market actors will jack up the interest rate.

But none of this is true. In reality, the authorities control the interest rate and no amount of inflation will move it beyond the boundaries in which they set it. High inflation may be an evil in its own right but let’s not fool ourselves with some sort of old time religion. Economists like Piketty would do well to give these issues a bit more thought before spooking the general public with the boogeyman of the supposed burdens of public sector debt and the supposed unsustainability, reminiscent of the doomsday warnings of the Austrian cranks, of eroding it through a healthy inflation.