Yves here. As Pilkington explains below, the movement for reform in the economics curriculum is getting traction. If you think this doesn’t matter to ordinary citizens, think twice. Economists are the only social scientists that have a seat at the policy table, and the ones that have any clout have serious academic chops. Yet as many know, the economics curriculum is narrow, or to use the term of opprobrium popular in Europe, autistic.

One reason that education is such a hot topic generally is that it is a means for shaping the values of the next generation, and various studies have shown that studying economics makes people more selfish. Yet as Pilkington mentions in his post, budding academicians themselves are in revolt so it appears that rising economists are already taking exception to the standard teaching menu. That increases the odds that there will at be at least some salutary changes in how economics is taught. 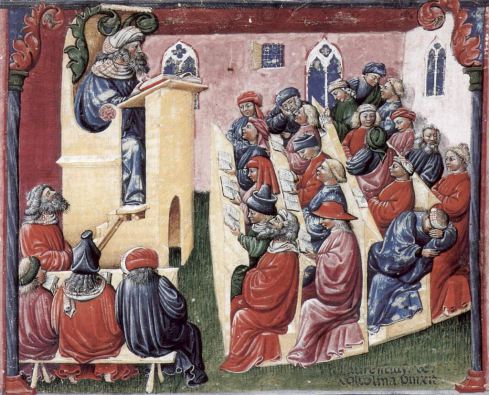 With the Rethinking Economics student movement in full swing, the topic of economics curriculum reform is once again on the table. For those of you who read this blog and are uncomfortable with this: sorry, you’ve already lost that debate, you just haven’t realised it yet. The question is now which direction this curriculum reform will take.

The Institute for New Economic Thinking (INET) looks set to be the organisation that will build the platforms and generate the content which will be made available to those who are self-interested enough to notice that they will rapidly slip into obscurity if they don’t change with the times. The debate within INET on this topic, however, is nothing short of fierce; or, at least, without going into too much detail that is what I have heard.

Perhaps then it is worthwhile rewinding the cassette tape of history to the moment when INET curriculum reform was first publicly conceived. This moment was at INET’s Bretton Woods conference that took place between 2010 and 2011. Thankfully the relevant sections were recorded and uploaded to Youtube and can be viewed at the bottom of this webpage.

Mehrling is not an orthodox economist by any stretch. So far as I can tell from his published work he was trained as an orthodox economist and gradually broke through the confines that this necessarily imposes today. His main interest appears to be in financial theory and he seems to be something of a follower of Fischer Black — an economist whom I have not said very nice things on this blog in the past (see here and here).

Mehrling’s talk is rather more pragmatically American than Skidelsky’s. Rather than putting forward a Grand Vision he talks about how to disseminate new economic thinking. His thoughts on these matters are very good and I believe that INET has since adopted them to a large extent. On matters of content I think that Mehrling was slightly more vague. He did emphasise his own hobbyhorse, namely real-world money and finance — a topic that readers of this blog will know is also my own hobbyhorse — but he did not really lay out a vision as such. This left Mehrling’s diagnosis of the problem rather weak. Something similar could be said of the short history he gives of the root of the problem at the start.

Skidelsky’s talk is far more visionary. He has in mind the type of economic student that he would like to see emerge from universities. He says that most of these students will not go on to be professional economists and yet contemporary teaching implicitly assumes that they will. I completely agree with Skidelsky on this point. So he wants the average student to come out the other side of an undergraduate degree being economically literate and able to critically evaluate and deconstruct an economic argument put forward in, say, the Financial Times.

I cannot stress how important I think this is. In my experience most PhD level economists, professors even, cannot actually do this. They can learn mathematical formulas by rote and they can manipulate these to no end, but when it comes to the theories that underlie the formulas they get completely and utterly lost. Often they speak a language that resembles meaningless bureaucratic babble: a collection of terms (‘output gap’, ‘natural rate of X, Y or Z‘, etc.) that they do not properly comprehend the meaning of and cannot explain in any theoretical detail. The face of Orwell’s Big Brother often bubbles up to the surface of my mind when I am forced to listen to this.

This leads may “economic experts” to become like jellyfish floating on the tide of whatever is popular at a given moment in time. Thirty years ago they favoured monetarism; twenty years ago, inflation-targeting; today some sort of NGDP-targeting and so on. At social gatherings this becomes nothing short of embarrassing. The number of times I have felt socially obliged to change the subject because I could see in an “economic expert’s” eyes that they did not want to be pressed on the underpinnings of their argument is a very sad metric to consider indeed.

“Oh, you favour monetary expansion,” I might ask a seemingly passionate advocate, “And how do you conceive of the transmission mechanism? How does the money get from the banking system into the real economy.” Their previously held confidence and boisterousness fades in an instant and a look of  something between fear and anger clouds their eyes. “Actually that is a rather boring topic,” I interject before an emergency bathroom break ensues, “So, you say you flew in this morning…?”

Skidelsky wants to train students not to be jellyfish. He wants to give them fins and allow them to swim. In his vision students should be able to take apart economic arguments and put them back together again. They should be able to read and critically examine the news, not swallow it whole as an idiot would an anchor. This, I think, is the most important reformation that needs to take place in economics education. But it requires a much broader education than the one now offered. It requires a plurality of different intellectual approaches; raising questions as to the status of methodology and economic modelling; some philosophy of the underlying mathematics being used; a more than passing account of the NIPA and Flow of Funds accounts; real-world knowledge of the banking systems and how financial markets really work; the list gets long rather fast. But students are keen to learn this stuff. At the Rethinking Economics conference I chaired a panel hosting Donald Gillies and Tony Lawson that dealt with the status of mathematical modelling in economics. I thought that this was just a slightly idiosyncratic focus of mine but the room was completely packed and the amount of questions — together with their depth and penetration — made a substantial imprint on my mind that will not quickly go away.

What is offered today in economics departments today, on the other hand, is somewhat similar to learning Medieval Latin in the Middle Ages, except that Latin has been replaced with differential equations and linear algebra. Yes, this ‘learning’ gives one social prestige but it does not give rise to either wisdom or knowledge. As Montaigne said of the Scholastics of his day:

Let him remove his academic hood, his gown and his Latin; let him stop battering our ears with raw chunks of pure Aristotle; why, you would take him for one of us — or worse. The involved linguistic convolutions with which they confound us remind me of conjuring tricks: their slight-of-hand has compelling force over our senses but it in no wise shakes our convictions. Apart from such jugglery they achieve nothing but what is base and ordinary. They may be more learned but they are no less absurd.

Replace ‘Latin’ with ‘calculus’ and ‘linguistic convolutions’ with ‘mathematical constructions’  and you have a pretty good summary of economic discourse today.

Where Skidelsky’s talk failed was that he had no real vision for how to implement his reforms. Mehrling was far ahead on this count. But even if Skidelsky had taken over Mehrling’s framework it is unclear that things would have been straightforward: after all, many economists today cannot teach a student to read the Financial Times because they cannot do so themselves.

This is why I find the student movement so refreshing. They are learning on their own. These students are not fooled by piecemeal reforms. They have tapped into an internet with seemingly unlimited resources. That is why they cry out for pluralism.

That said, such autodidacticism will not replace higher education. It saddens me when I meet students that have to ‘fake it’ in university and then teach themselves in their own free time, only being rewarded by the recognition they receive when their meet their fellow dissenting students. Recently a student told me that he had put forward an alternative conception of how the banking system functioned in a university essay — one that is now accepted by the Bank of England — and his lecturer marked him down without explaining why the theory was supposedly wrong. Being an extremely bright student the lower grade did not affect him greatly but it was the principle of the matter that irked him so much: “Why on earth should I pay exorbitant amounts of money for this degree?” he asked me, “When I know that the man teaching me is dinosaur and a closed-minded fool?” (I paraphrase for effect, but this was the essence of it…).

This is why the groundwork for curriculum reform still needs to be firmly laid out. The students know what they want, their future employers know what they want, now it is up to the profession and pressure groups to ensure that they get it. They do not want piecemeal reform. They want a truly pluralist education. And if the profession continues to bury their heads in the sand they will find themselves rendered redundant and overtaken by a new generation of economists who find them, as Montaigne did his hooded Scholastic mumbling meaningless babble in Medieval Latin, absurd.