Apologies re the thinness of my own posts. I desperately need to get back on a less abnormal sleep cycle.

Where cats are more popular than dogs in the U.S.—and all over the world Washington Post (Stephen V)

Climate Skeptic Scientists Are Extremely Overrepresented in the Media Vice

Study: Popular, Ineffective Antibacterial Chemical Found In 100% Of Pregnant Women, May Interfere With Fetal Development Consumerist. A biomedical engineer turned FDA lawyer long warned me against antibacterial soaps, that if they did what they claimed they did, they’d need to be licensed as drugs.

​U.S. can’t deliver on FATCA promises Cayman Financial Review (furzy mouse). This is amusing. This isn’t the most credible source, but FACTA is another example of US financial imperialism.

Banking with a Difference, Part I Triple Crisis. An assessment of the new BRICS development bank.

Occupy Central protest ‘would need 20,000 participants for effective blockade’ South China Morning Post. Lambert: “It’s pretty amazing that this article is even being written. They actually do the calculations.”

German Economy Contracts as France Stagnates Wall Street Journal. As predicted, austerity at the periphery has infected the core.

Cheese-loving Russians turn to Emmental as Swiss dodge embargo Sydney Morning Herald (EM). Where is Marc Rich when you need him?

The Way Out of the Ukraine Crisis Atlantic. Lambert: “Making Hillary’s meddling all the more mischievous.”

Iraq And The “Replacing The Head” Fallacy Moon of Alabama

Syria: The Other Threat New York Review of Books

White House loosens restrictions on lobbyists Reuters. EM: “Cognitive dissonance by Reuters: How can this be ‘a setback to the president’s efforts to tamp down special interest influence in Washington’ if it is the president himself who is loosening the restrictions?”

Ferguson: Militarized police use force against protesters, arrest journalists Boing Boing. Lots of images. This is what America has become.

I am Mike Brown Live from Ferguson, MO (Deontos)

Manager Of Ferguson McDonald’s Where Reporters Were Arrested: ‘It’s Just A Terrible Thing’ Huffingto Post. Lambert: “Very good twitter feed at bottom. Cops out of control is the story, but nobody seems to be trying to get them under control, as the tweets on political leaderz show.”

The situation in Ferguson, MO Financial Times. The fact that the FT is weighing in is significant, plus the story has links to reporters who are on the ground.

America Is Not For Black People Dead Spin (barrisj)

Los Angeles To Vote On Killing Major Wall Street Deal As City Drowns In Financial Fees David Sirota, IBT. The big deal is that LA intends not to pay the termination fee.

Why Gross, Rubin and Feldstein Are Fighting the Fed Bloomberg

Here are the job descriptions for Gannett’s ‘Newsroom of the Future JimRomensko. I regard this heavy use of corporate-speak and rigidity as a form of class warfare.

Significance of MMT for Progressives and the Left heteconomist (BLM)

Antidote du jour. Richard Smith: “A missed snack for Minsky [one of his Bengals].” 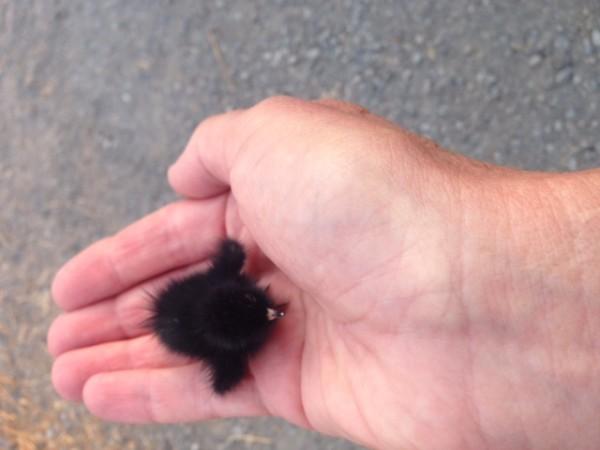