In a Study, Text Messages Add Up to a Balance Sheet of Everyday Morality New York Times

Is the ECB doing QE? VoxEU

Brown and Major Urge Scots to Vote “No” Based on Nostalgia for the Army and World War I Bill Black, New Economic Perspectives

The New World Disorder New York Review of Books. NYRB has become quite the spot for advancing the US party line on Ukraine. As Lambert points our regarding Ignatieff: “Often wrong but never in doubt,” see Michael Igantieff on why he supports the attack on Iraq (2003) and Michael Ignatieff “Getting Iraq Wrong” (2011)

US Can Claim This Isn’t War but ISIS Militants Killed by 500-Pound Laser-Guided Bombs Beg to Differ Kevin Gosztola, Firedoglake

The Pentagon’s $800-Billion Real Estate Problem Medium (1 SK). Gee, they were sure fast to sell off parts of the airbase in Brunswick, Maine. 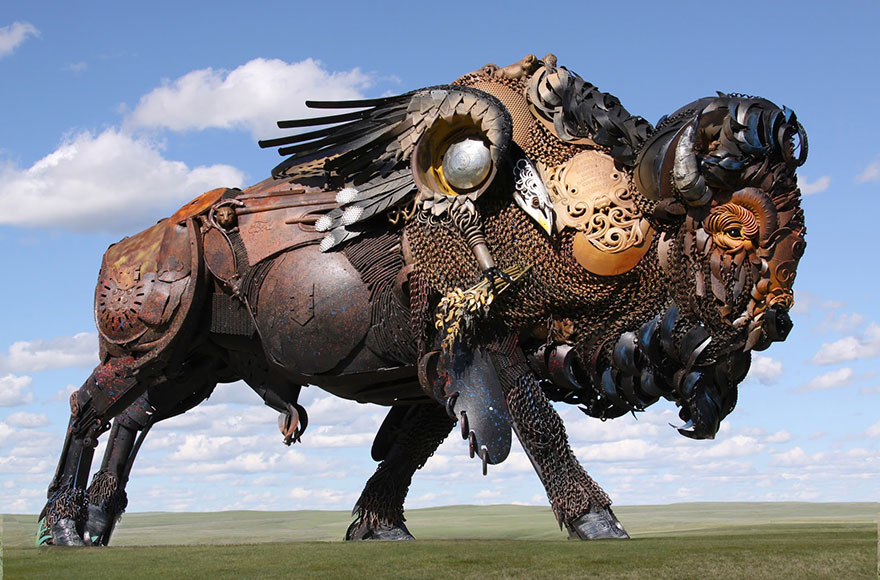 South Dakotan sculptor John Lopez creates life-sized scrap metal sculptures with a uniquely Western American twist. In his hands, old discarded farm equipment is recycled into sculptures of iconic creatures from the American West like a bison, a horse plowing a field, or a Texas Longhorn. Lopez already had a career as a bronze sculptor, but after creating a family grave for his deceased aunt using scrap metal, he began creating recycled metal sculptures out of found or donated pieces of metal as well.