This is Naked Capitalism fundraising week. 959 donors have already invested in our efforts to shed light on the dark and seamy corners of finance. Please join us and participate via our Tip Jar, which shows how to give via credit card, debit card, PayPal, or check. Read about why we’re doing this fundraiser, what we’ve accomplished in the last year, and our current target.

Handy map of barricades still up in Hong Kong [Barricades in Hong Kong]. So the troops, as it were, have dispersed, but the materiel is still pre-positioned.

The letter that shows what C.Y. Leung got those £4 million in secret fees for [Quartz]. I like the way that “provided that such assistance does not create any conflict of interest” is a handwritten addition to the typescript. Leung has a good lawyer!

Mainlanders snapping up Hong Kong condos with bags of cash [NPR]. One can only wonder what’s going on with the mainland that they’re so afraid of, and whether what’s happening in Hong Kong will increase their fear.

Jobless Claims, week of October 4: “Initial claims edged 1,000 lower to a lower-than-expected 287,000 in the October 4 week while the 4-week average fell a very sharp 7,250 in the week to 287,750. The average is also at a new recovery [sic] low, its lowest level since February 2006” [Bloomberg]. (No mention of labor force participation rate, the permanently lousy new normal). These crocodile tears let, as it were, the cat out of the bag:

The lack of hiring (IMNSHO) is the flip side of the dead parrot labor force participation rate: Jobs offered and jobs taken have been steadily diverging for some time, and why not? The money’s lousy, the work is crapified, and benefits are being steadily cut. Better to muddle through with System D, or follow the example of executives, and loot what you can, while you can. YOLO, and a “silent strike” could be the rational choice!

Consumer Confidence, week of October 5: Climbs to 36.8 from a four-month low of 34.8, probably driven by lower gas prices [Blooomberg].

The operational definition of “audacity” in elite banking circles [Guardian].

EU drops plan to label Canadian tar sands as “dirty” (have you ever seen them?) because Russia [CBC]. So maybe Ukraine was Obama’s reach-around for Harper and a make-good for Keystone. Pure speculation!

Words fail me. OK, they don’t. As of now, anybody who uses generational identification as a serious analytical tool should be… spoken to severely, because all these other so-called generations are just as solidly based as “Homeland Generation,” which the White House just made up out of whole cloth, for marketing purposes.

Cartagena flap from 2012 rears ugly head again [The Hill]. Cue moral panic. It looks like an intern (granted, the son of a big Democratic donor and top lobbyist for Wal-Mart) is being measured for the drop.

I’m leaving out the personal names deliberately, because I think the story is systemic: How White House advance teams organize “party space” as a general practice, across administrations (“wheels up,” as they say). Naturally, the political class will keep the focus as narrow as possible, just as they did in 2012. Anyhow, the NSA has it all, so why don’t we just ask them?

Cuomo will emit bio next Tuesday [WSJ]. “Progressives must now demonstrate that we can do what we preach; that we can deliver the product we presold.” Awesome.

I had no idea Cuomo had created a “Women’s Equality Party” to give himself another line on the ballot [New York Daily News].

Readers, feel free to contact me with (a) links, and even better (b) sources I should curate regularly, and (c) to find out how to send me images of plants. Vegetables are fine! Fungi are deemed to be honorary plants! See the previous Water Cooler (with plant) here. And here’s today’s plant (Mitzi Muffin): 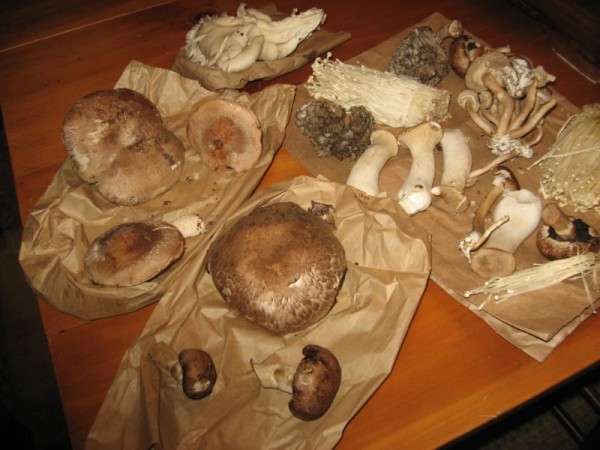