Gore/Kerry strategist signs on to possible presidential bid by Sanders [The Hill]. So Sanders is doomed, then?

A good explainer gets the timeline and the players clear [Latin Times]. “[T]he gang or cartel, which the government has appointed as responsible for the disappearance (or feared execution) of the 43 students” is well worded, eh?

Here’s a second explainer, from Ireland (!), with a greater focus on protester tactics: “Protesters were chanting: ‘It was the state'” [Breaking News].

“The government, a mayor, police officers and gang members have all been implicated” in the deaths of the 43 students [Al Jazeera].

Protesters block Acapulco international airport [BBC]. Big time; the only similar case I can recall is a “yellow shirt” protest in Thailand.

Meanwhile, Mexico’s President has flown off to Asia [Forbes]:

Soon after his plane took off, a new, potentially devastating scandal erupted. Aristegui Noticias, an Internet site run by journalist Carmen Aristegui (morning newscaster for Noticias MVS, the media outlet I represent in Washington), published an article documenting that Ingeniería Inmobiliaria del Centro, a company &nbsp;run by a wealthy entrepreneur that has received lucrative public-works contracts, including participating in&nbsp;a multi billion-dollar&nbsp;deal with a Chinese-led consortium to build a high-speed train between Mexico City and the city of Queretaro, also owns a luxury $7 million white mansion in Mexico City’s high-end neighborhood which actually belongs to Angélica Rivera, Peña Nieto’s former soap-opera actress wife. The presidential office&nbsp;confirmed&nbsp;Peña Nieto’s relations to the house, but claimed that Rivera had signed a contract to buy the house almost a year before he took office and is making payments to the builder.

Which, when you think about it, is exactly the point.

Turkish photograph sues Ferguson police for throwing him to the pavement when he was filming cops pointing a gun at protesters [St Louis Today].

Obama: ObamaCare website being “double- and triple-checked” before opening [The Atlantic]. And this wasn’t done the first time through why?

Say, where are all the good liberas who supported our humanitarian intervention in Libya? Because now it’s a hell hole [The Intercept].

[T]he “surveil and strike” mentality that has dominated the counterterrorism effort (and which is clearly reflected in Hannigan’s plea to let Big Brother — oops, I mean the NSA and GCHQ — keep its eyes on our communications) is popular with government officials because it’s relatively easy, plays to our technological strengths, and doesn’t force us to make any significant foreign-policy changes or engage in any sort of self-criticism at all. If we can solve the terrorist problem by throwing money at it, and enriching some defense contractors and former government officials in the process, what’s not to like?

Obama’s DOJ helps launder local “civil forfeiture” seizures by “adopting” them, making them federal and exempting them from state-level corruption controls. Then the two thieves split the take [BoingBoing].

401(k) retiree “assumed the company was looking out for my best interests” [Times]. Foolish, because markets.

“Carl Icahn has jacked the interest rate up on the Trump loans from 6.2 percent to 12 percent, ripped $350 million out of this company in four years, and now he says workers can’t have health care, pensions, paid breaks” [Philadelphia Inquirer]. Er, do markets scale?

Employment in 29 of 50 states is below recession-era peaks [Bloomberg]. This is a complicated and confusing map; see the note on New Jersey. What I would like to see is a “job loss” map that shows absolute numbers of jobs lost (or, heck, gained) per state, given the lower labor force participation rates successfully achieved by the Obama administration.

In the 30s, squillionaires competed for conspicious consumption honors by commissioning fancy watches with lots of “complications” [BBC]. Today, such elaborate and cumbrous bric-a-brac takes the form of space flight [Daily Mail]. To be fair, a Patek Philippe Supercomplication can’t serve as an extra-planetary lifeboat for the 0.01% lords of misrule. So there’s that. 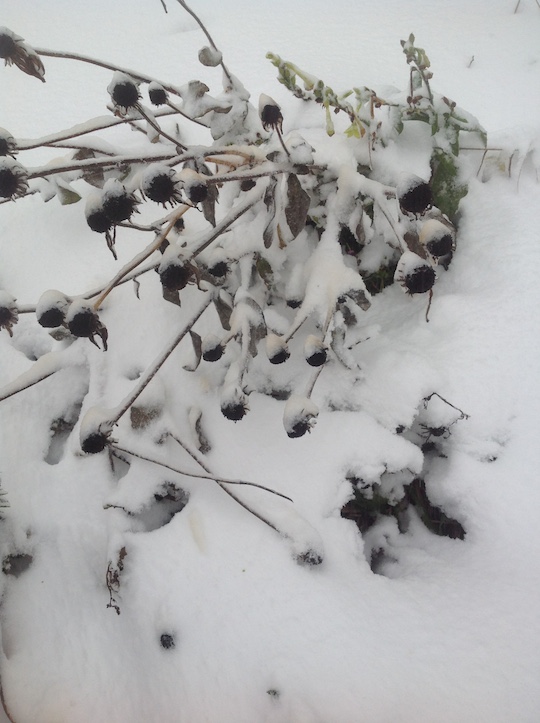 These fallen Black Eyed Susans, which I never dead-headed, remind me of soldiers, too.