Democratic Senator: “This is what you get when you have a drive-through president” [New York Review of Books]. Ouch! Elizabeth Drew thumbsucker on the midterms.

Pew: 59% of Americans think Obama will accomplish little or nothing in in his last two years [Bloomberg]. Good. No TPP or Grand Bargain. And the fight between “institutional” and Tea Party Republicans still smolders [WaPo].

Democratic Party rating falls to record low [Gallup]. “On the other hand, the American public does not admire Republicans more.”

“The only wildcard is if Clinton has a change of heart or has a prohibitive health issue” [Roll Call].

Argentine Forensic Anthropology Team, asked to do independent study by families, says bodies found in mass burial site are not those of 43 abducted Ayotzinapa students [Telesur].

There’s a bunch of mass graves, so it’s easy to get the wrong one [Businessweek]. Father of student: “The worst thing is knowing it wasn’t organized crime that instigated this — this was our own government.”

Brown family forensic pathologist to testify before Darren Wilson grand jury [St Louis Today]. Potential for conflict with official autopsy, with issue of whether Brown was shot at close range or not.

No witnesses, no video evidence (despite 2012 DOJ agreement), failed taser time stamps in pre-Mike Brown “fatal shooting of unarmed man” by cop [St Louis Post Dispatch]. Nice to see the libertarians all over this. Oh, wait…

Number of police killings highest in two decades (though could be a reporting spike) [USA Today].

Missouri Governor Nixon: “Violence will not be tolerated” [Los Angeles Times]. Just a leetle one-sided, no?

Interview with some of Ferguson protest organizers [WaPo]. Assume the grand jury verdict is no indictment of Wilson. There’s always an asshole, and for all I know something will go up in flames. That’s not the story here. The story is why smart, disciplined, strategic organizers like those interviewed by WaPo don’t have any political power, and buffoons like Nixon and the ammosexual Mayor of Ferguson do.

Currently only half of the eligible population is registered to vote [Roydon Ng]. “Clearance” of protesters to begin Friday?

Facebook, Google, being oligopolies, stay out of the net neutrality debate, which benefits new entrants, not them [New York Times].

FCC’s response to Obama’s “public utility” letter translated by Internet guru [Bloomberg]. If this were Japan, I think the FCC response would read “We will consider your proposal very carefully.” Wait, wait, who was it who appointed a telecoms lobbyist as FCC head?

The U.N. Committee Against Torture grills U.S. officials on “lapses”; Mike Brown’s parents to appear [Talking Points Memo]. State department spokesperson: US “did not always live up to our own values.” In other words, “That’s not who we are.” No, it damned well is who we are. Aristotle: We are what we repeatedly do.

ObamaCare needs roughly 17 million enrollees to be sustainable by the end of 2016 [Health Care Policy and Marketplace Review].

Xu Lizhi, Foxconn worker, threw himself from a window in his dorm — say, what about those anti-suicide nets? — but left poems [Libcom]; [London Review of Books]; [WaPo]. Maybe Apple could use some of his poems for startup screens? Like this one:

A screw fell to the ground

Of course, Apple being Apple, that’s probably an extra-pricey screw with a special screwdriver…

Exodus from struggling small towns “might to some extent shore up the middle class” [AP]. So those who stay because of family obligations get kicked down the ladder. 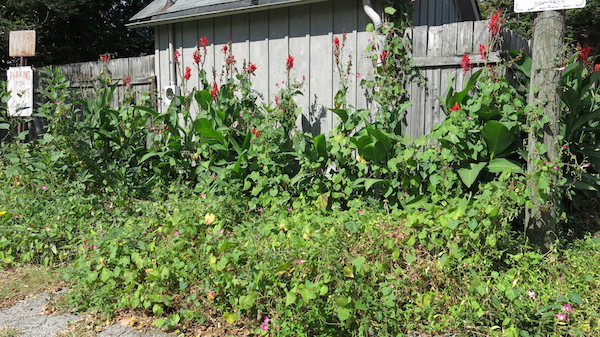