Squillionaire donors in Democracy Alliance “look six years ahead” [New York Times]. Well, they can afford to. Where’s a class traitor Ross Perot-type when we need one?

Dems create “leadership position” for Warren: “Strategic policy adviser to the Democratic Policy and Communications Committee” [HuffPo]. Warren, as an academic infighter, will be adept at making this position whatever she wants it to be. That said, Warren, like Obama, is all about visionary minimalism: Policies like making interest on student loans slightly less usorious, instead of, say, free public education K-16. If you want that, you’ve got go to the former West Germany.

How Sanders will run for President: To win [National Journal]. Beat sweetener for Tad Devine, the campaign manager. Not that there’s anything wrong with that.

Rand Paul meets with his circle on 2016 run [Bloomberg]. Clintons, Bushes, Cuomos, Pauls… Seems awfully dynastic, all of a sudden.

Another Republican family involved in animal abuse: The Flakes, of dogs [New York Times]. Yes, another.

One-third of Democratic voters made up their minds only a week before the election [WaPo]. Sounds like brand confusion.

Parents of students to travel across the country in three caravans [Democracy Now].

A good wrap-up with a time-line from [Cosmopolitan], of all places. (This has been a feature of Ferguson coverage too; good pieces in places like Road and Track, IIRC.)

Testimony by Brown family pathologist suggests grand jury is coming to the end of the witness list [ABC].

Brown family lawyers: Darren Wilson grand jury decision a defining moment for Missouri [USA Today]. “The grand jury will do whatever the prosecutor wants them to do” [St Louis Today].

The “tyranny of the old Middle” class in Southeast Asia [The Diplomat]. Interesting comparison between Indonesia and Thailand.

Occupiers weigh exit strategy, including co-founders turning themselves in [Quartz].

Hong Kong’s Admiralty tents “run like a hotel” except minus the maids [Time]. Unlike, I think, Mong Kok [The Star].

Landrieu wants Keystone to save her career [WaPo]. Obama hints at veto, making the vote a free one [USA Today]. The left needs to make Democrats lose races, and be seen to have done so, to have any leverage. This would be a fine chance for them.

Why New York state won’t get fracked [No Fracking Way].

Kissinger: “Do we achieve world order through chaos or insight?” [Der Speigel]. Well, over the last couple of years, factions within the national security class successfully organized chaos round the Mediterranean basin and the Black Sea, which (I would argue) prevented the pivot to Asia, that having just flopped. So, the people running the show today make Kissinger look sane. Well done, all.

Jobless claims, week of November 8, 2014: A slight rise. “There are no special factors in today’s report, one that hints, but only hints, at possible trouble for the November employment report” [Bloomberg]. Rise not enough to “shake confidence” [FT].

FIFA report clears Qatar and Russia of wrongdoing in 2018 and 2022 bidding, but chief investigator pushes back [BBC].

Readers, feel free to contact me with (a) links, and even better (b) sources I should curate regularly, and (c) to find out how to send me images of plants. Vegetables are fine! Fungi are deemed to be honorary plants! See the previous Water Cooler (with plant) here. And here’s today’s plant (LJ): 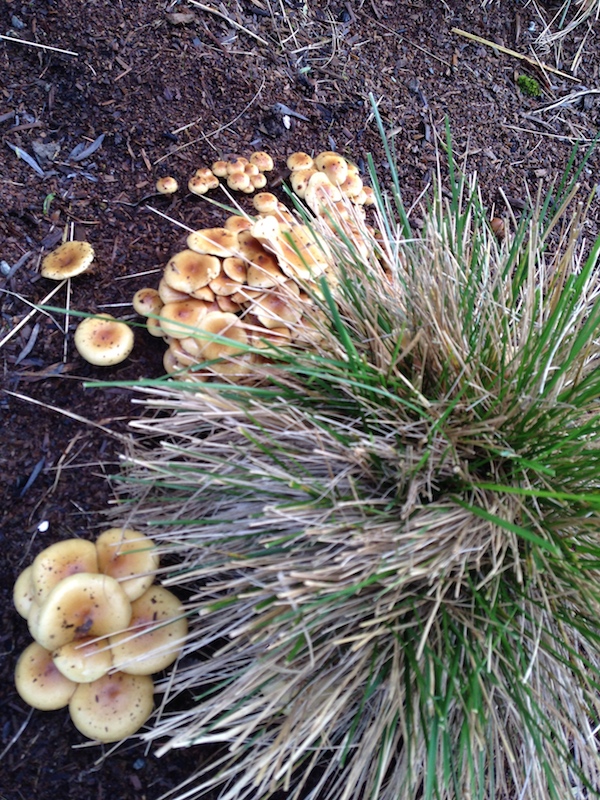