Warnings from Japan for the eurozone Martin Wolf, Financial Times

THE HEMINGWAY OF LYING – FIGHTING WORDS FROM SPAIN TO UKRAINE John Helmer. A bit rambling, but a lot of intriguing detail.

Syrian rebels armed and trained by US surrender to al-Qaeda Telegraph (EM). Ins’t this movie getting a little old?

From the annals of disruptive digital currencies past FT Alphaville

Election Wrap. We’re keeping this down, in part because it would eat Links otherwise, and because Lambert will have more to say about this tomorrow morning and Thursday morning. So stay tuned!

Are the 2014 Elections a Referendum on Barack Obama? DSWright, Firedoglake. Astonishing that even Wright doesn’t get it on the Democrats and inequality. Voters are saying that Democratic party lip service doesn’t cut it.

American Voters Crazy: How Ebola and ISIS Are Shaping the Election New Republic

Obama declares Hawaiian lava flow to be major disaster Reuters. EM: “Because lava flows from Kilauea are so *unusual*, dontchaknow.”

Risk-return relationship has been upended John Authers, Financial Times. A feature, not a bug.

Antidote du jour. Tom T: “Female Elk near Busse Lake, Cook County Forest Preserve — Elk Grove Village, IL (Elk were hunted out of Illinois in the 19th century, but the County has maintained a herd in a multi-acre, mixed habitat enclosure for thirty or forty years. The town was named for the wooded area where native people and early European settlers travelled from Fort Dearborn and early Chicago to hunt for Elk.)” 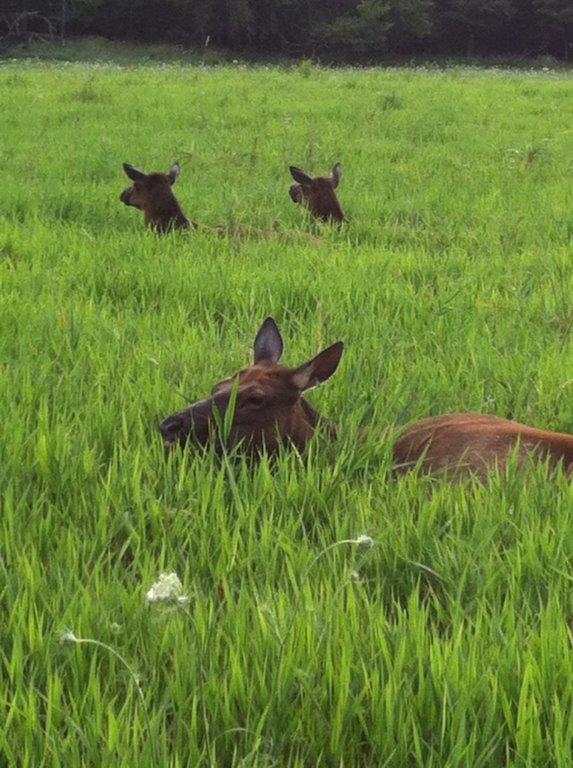