Anderson Cooper: “I did say that some techniques used by CIA were ones used by Khmer Rouge and others. When KR water boarded it was considered torture” [Twitter]. Good for him.

Torture shrink Mitchell calls report “hooey,” while claiming Non-Disclosure Agreement prevents him from explaining why [Reuters]. So maybe the Obama administration could release him from the NDA?

Former CIA official: “[T]here’s no way people on the intelligence committees and in the leadership didn’t generally know what was going on” [The Intercept].

“[T]here is no real systematic evidence to suggest that revelations of brutality lead to more violence” [Political Violence at a Glance]. Actual brutality, however, does.

Jeffrey Goldberg, stopped clock: “It is a terrible idea, both morally and practically, to allow hatred to shape counterterrorism policy, but that, I think, explains in part what happened at the CIA” [The Atlantic]. Yes, and perhaps it would be wise to spend less time engineering hate.

Torture is the health of the state (paraphrase) [Andrew Bacevich, Boston Globe].

“The scale that’s tipping, simply, is justice. It was already going over when the torture report hit like a ton of bricks” [Will Bunch, Philadelphia Inquirer]. Must read.

“Events have rudely exposed the illusion that Greece’s people will submit quietly to a decade of colonial treatment and debt servitude” [Ambrose Evans-Pritchard, Daily Telegraph]. This is a Tory in the Torygraph, do note.

Greece’s main opposition [anti-bailout] SYRIZA has a 4.8% lead over ruling New Democracy [Greek Reporter]. Election next week, framed as “chaos” [Business Insider]. Details on the mechanics of the two-months-early snap election [The Economist], in the frame of European growth worse than the lost decades in Japan.

Warren speech against ghastly derivatives provision in spending bill throws red meat to the base [WaPo].[1] More like this, please. Lots more. And not just from Warren.

Yglesias explainer on the issues and inner party conflict over positioning that the Warren (and Durbin, Franken, Shaheen, Sanders, and Manchin) v Weiss fight is a proxy for [Vox].

Mary Miller, previous Undersecretary for Domestic Finance: “Of course he’s qualified. That job is so broad that no one has everything you need going in. I was certainly no expert on banking regulation when I went into it” [Bloomberg]. So, if any generalist can do the job, why hire the global head of investment banking at Lazard?

Lloyd Blankfein, at The Dealb%k Conference in Manhattan, speaking without an ankle bracelet: “I’ve always been a big fan of Hillary Clinton” [New York Times]. Alrighty then.

Henry Blodget: “I just made a bet with a political expert, former editor in chief of Slate, Jacob Weisberg, that Clinton won’t win” [Business Insider].

WSJ/NBC poll: “Are the country’s economic and political systems stacked against people like you? Yes, say 56% of Americans” [WSJ]. “58% of Democrats; 51% of Republicans; 55% of whites; 60% of blacks; 53% of Hispanics; as well as decent majorities of every age and professional cluster.” Since the “Obama coalition” wasn’t, maybe there’s a better approach to be found here, especially if Democrats could somehow disentangle themselves from stacking that systems in cahoots with the Republicans. Look, if we can’t figure out a reason to throw Democratic éminence dorée. Bob Rubin in jail, couldn’t we at least hire an entartiste?

So Jebbie’s into private equity, too, along with the Mittster. Well well [Bloomberg].

NOTE [1] Cilizza: “[I]f you are either super busy or an easily distracted millennial.” Er, not all so-called millenials are easily distracted. Generational tropes, except in marketing collateral, are a sign of lazy writing and sloppy thinking.

Congressional staffers plan to walk off their jobs this afternoon to show their support for the families of Michael Brown and Eric Garner after two grand juries fail to indict [CNN].

Lewiston, ME high school principal tells students not to protest but to make a poster, then orders removal of poster [Portland Press-Herald].

A lawyer looks at more missing parts from the Ferguson grand jury document dump [Another Word for It].

Banner: “You are only clearing a camp … you can’t clear the idea” [Guardian].

Explainer on budget deal’s pension-gutting provisions: “[A] dramatic evisceration of labor law safeguards that have been in place since 1974” under ERISA [Los Angeles Times]. Also too, a divide-and-conquer carve-out for UPS.

What it feels like to be unemployed for years [Vox]. As the result of a thoroughly bipartisan policy to raise the disemployment figures permanently and shrink the labor force, I might add. 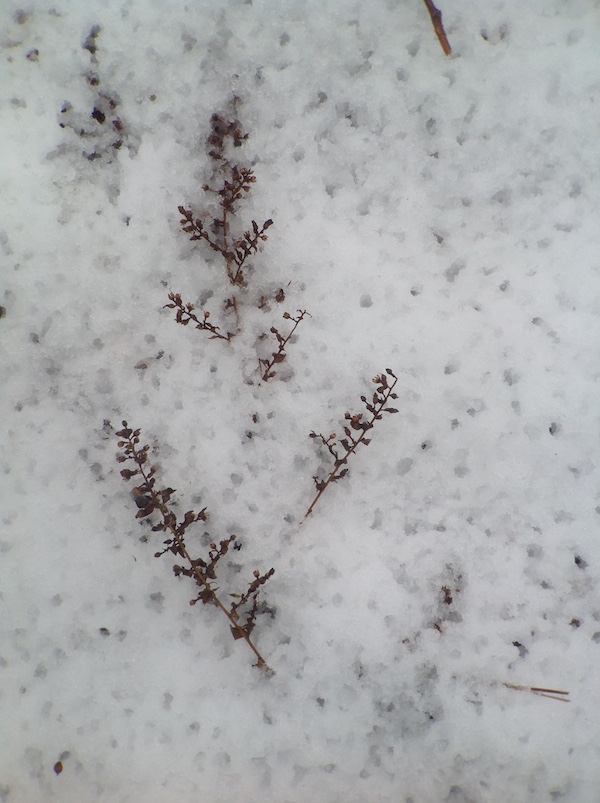