Lambert here: Imminent death of the blog predicted. To answer the question, no; see Naked Capitalism here for a proof by example (linked to by blogger Brad DeLong). Granted, that post is from 2013, but if you want to hammer away at a set of ideas in long form, there’s still nothing like a blog. They’re ubiquitous. It may be that Andrew Sullivan — whose exit from blogging prompted this bout of navel-gazing — is the sort of person who thinks that any scene in which he no longer participates is dead, by definition. But reports of our death in his absence are greatly exaggerated.

By Jérémie Cohen-Setton, a PhD candidate in Economics at U.C. Berkeley and a summer associate intern at Goldman Sachs Global Economic Research. Originally published at Breugel.

The Golden Age of Blogs

Jason Kottke writes that blogs are for 40-somethings with kids. In the past few years, the blog died. Sure, blogs still exist, many of them are excellent, and they will go on existing and being excellent for many years to come. But the function of the blog is increasingly being handled by a growing number of disparate media forms that are blog-like but also decidedly not blogs. The primary mode for the distribution of links has moved from the loosely connected network of blogs to tightly integrated services like Facebook and Twitter.

Ben Smith writes since 2008 that ecosystem of links and blogs decayed and, in many places, collapsed. Few blogs drive the traffic they once did, and reporters hope their stories will be widely tweeted, rather than linked — though that doesn’t drive the same kind of traffic. In retrospect, the golden era of political blogs stretched from 2004 to 2008. The tech blog golden era started earlier and ended later. While the blogosphere has now been dying for as long as it was alive, Andrew Sullivan’s decision to shut down marks a kind of final punctuation to the era.

Ben Thompson writes that a big problem with this entire discussion is that there really isn’t a widely agreed-upon definition of what a blog is. For Thompson, a “blog” is a regularly-updated site that is owned-and-operated by an individual (there is, of course, the “group blog,” but it too has a clearly-defined set of authors). And there, in that definition, is the reason why, despite the great unbundling, the blog has not and will not die: it is the only communications tool, in contrast to every other social service, that is owned by the author; to say someone follows a blog is to say someone follows a person. 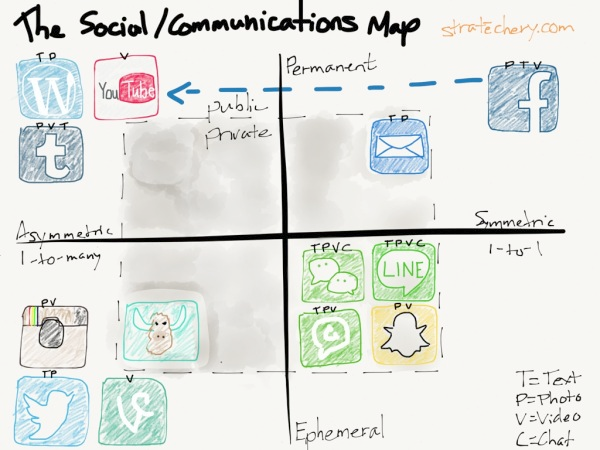 Noah Smith writes that what is dying is the idea of the blog as a news source. In the old days, as a reader, you would have a favorite blogger, who would write many frequent posts throughout the day. That would be your main news source, your portal to current events. Often the post would have a slight bit of commentary or reaction. Basically, you got to hear the world narrated through the voice of someone you liked. Blogging 2.0 will be more focused on longer posts, high-level discussions and specialized expertise, while retaining the focus on distinctive voice and free-wheeling subject matter that made Blogging 1.0 so fun.

Noah Smith writes that blog posts are not just news articles freed from the tyranny of professional editors. With blogs, you can do something that news can’t easily do – you can carry on a conversation. In the field of economics, in fact, these discussions provide some of the debate that used to happen through comments submitted to academic journals. Mathematicians have gone even further – discussions on math blogs such as Terence Tao’s often involve real, cutting-edge technical insights that have the potential to influence new research.

Social Media and the Conversational Web

Ezra Klein writes that the incentives of the social web make it a threat to the conversational web. At this moment in the media, scale means social traffic. Links from other bloggers — the original currency of the blogosphere, and the one that drove its collaborative, conversational nature — just don’t deliver the numbers that Facebook does. But blogging is a conversation, and conversations don’t go viral. People share things their friends will understand, not things that you need to have read six other posts to understand. Blogging encourages interjections into conversations, and it thrives off of familiarity. Social media encourages content that can travel all on its own.

Paul Krugman writes that there is a tension between maintaining a conversational feel and producing pieces that can be read on their own. But it’s a tension, not a contradiction: you can, with effort, maintain a blogging style that makes regular readers feel that they’re part of an ongoing conversation yet makes individual posts meaningful to people who aren’t reading everything you write.

Kevin Drum writes that the conversational nature of blogging is also dying because of multi-person blogs – which began taking over the blogosphere in the mid-aughts – make conversation harder. Most people simply don’t follow all the content in multi-person blogs, and don’t always pay attention to who wrote which post, so conversation becomes choppier and harder to follow. And partly it’s because conversation has moved on: first to comment sections, then to Twitter and other social media. Drum also argues that the rise of professional and expert bloggers led to blogs becoming less conversational in tone and sparking less conversation, namely because professional blogs prefer to link to their own content, rather than other people’s because that’s the best way to promote their own stuff. There’s nothing wrong with that. It makes perfect sense. But it’s definitely a conversation killer.