How Much Crude Oil Do You Consume On A Daily Basis? OilPrice

Euro-area governance: what to reform and how to do it Bruegel (Swedish Lex)

Varoufakis says that “the VAT tax will increase in an unimportant good” in order to show good will to our partners. (Woot!) @GreekAnalyst. Note change from promise of no increase in VAT.

V for Varoufakis YouTube. Swedish Lex points out that this got over 400,000 views in the first 24 hours.

Merkel’s Truths Lead Greece to Unavoidable Deal on Euro Bailout Bloomberg. “In office for a month, Tsipras and his finance minister, Yanis Varoufakis, have largely shelved the promises that got them elected, irritated key euro-area collaborators and stoked doubt about their intentions.”

What Greeks Want Most Is `Dignity,’ Varoufakis Says Bloomberg. Note that Varoufakis says Greece will never return to primary deficits. That assures that austerity will continue unless Varoufakis can get what is tantamount to spending in Greece at the Eurozone level, which seems unlikely.

A Greek primary issue Bruegel. Greece not likely to meet its 1.5% primary surplus target due to the fall in tax collections. Not a surprise per se, but this post goes through the data and the prospects.

Russia: Left out in the cold Financial Times

In Midst of War, Ukraine Becomes Gateway for Jihad Intercept

The Road from Westphalia New York Review of Books

Everyone Wants You To Have Security, But Not from Them Bruce Schneier. I have trouble with his core assumption that “We want strong security, but we also want companies to have access to our computers, smart devices, and data.” I don’t have a smart device in part because I don’t want them to have more access than they already have (too much). And what about paying for software and running it locally?

Do Not Use TurboTax This Tax Season Gawker

The FCC has set a new, faster definition for broadband Washington Post

Should Californians Resurrect a Plan to Pipe in Water From Alaska? Wired (furzy mouse)

OPEC’s Strategy Is Working Claims Saudi Oil Minister OilPrice. A bit one sided (as in ignores that most shale gas players are increasing production with fewer rigs), but has some useful data.

Shoppers Return to Chain Stores Wall Street Journal. Does not consider that some of the pickup might be due to trading down.

Tweet: “Most empirical research in finance is false, as are half of all financial products being sold” Economist

What Happened to Unions in the Midwest? Wall Street Journal

Antidote du jour. Twitter claim @AnnoyedWasp: “put a wig on the dog and frightened the crap out of the postman.” 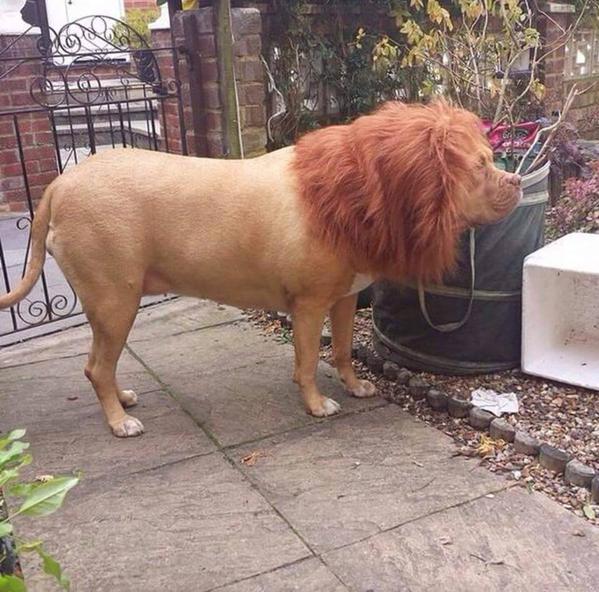