No one could see the color blue until modern times Business Insider. I was inclined to think this was overstated until the green square test. And I did pick out the correct square, but it was hard.

Food preservatives linked to obesity and gut disease Nature (Nikki). Per the heated discussion on GMOs yesterday, here are chemicals considered to be safe that nevertheless appear to have side effects.

British Airways ‘spying’ scandal: How the world’s most famous airline spied on its own staff Independent (Chuck L)

The Dark Side of Syriza Project Syndicate. Honestly, this piece is pretty bizarre in the angle it takes on Greece “nationalism.” But it has the useful side effect of exposing the tension, or one might say inconsistency, between the “pro European” negotiating strategy and the domestic rhetoric, which is not going unnoticed in the rest of Europe.

Humiliated Greece eyes Byzantine pivot as crisis deepens Ambrose Evans-Pritchard, Telegraph. I’ll hopefully have more to say about this tomorrow, but this is all much more desperate than AEP suggests. Just some short points now: you don’t telegraph your negotiating strategy loudly, and particularly not a plan to play parties off against each other. Second, even if Varoufakis hadn’t told everyone what he was up to, it is hard to see how he can achieve it. He has no meaningful personal relationships with the principals and does not understand the histories or even the processes in this complex game. For instance, he had no idea that the EC’s Moscovici was not authorized to negotiate with him, that only the Eurogroup’s Dijsselbloem was able to put forward proposals. And read Der Spiegel (below) on the negotiating process. Varoufakis was isolated, the negotiations were done without him, and he was presented with what amounted to a diktat. Note that AEP thinks that the Germans and the Northern bloc are afraid of recognizing losses on Greece, but that is not their position. They believe if they let Greece get away with concessions, all the periphery countries will ask for concessions if they relent. So they believe they will take losses regardless, and see making Greece a demonstration of the cost of defying the Troika will discourage the others and will be less costly. The reason for backing away from the brink last week was concern over a disorderly Grexit and US/NATO pressure. The fact that Greece is starting to make contingency plans (which is necessary given the risks) increases the odds that the IMF, ECB, and northern bloc in the Eurogroup will take a hard line.

Family Feud: The Tortured Relationship between Schäuble and Varoufakis Der Spiegel. You need to read past the Schauble puffery. There are important details in this piece.

Abandoned Walmart is Now America’s Largest 1-Floor Library Urbanist (furzy mouse). We featured another report on this library, but worth seeing if you missed it.

I’ve been too busy with Greece to keep up on the latest on TBTF, and the latest news is a train wreck. See these three posts on the newest scam masquerading as a solution, “Single Point of Entry.” We’ve already written at length why Title II resolutions won’t work (they treat the banks as domestic-only and ignore all the optionality in how derivatives trades get wound down; even the BIS has said Title II resolutions are a non-starter, but we are acting as if they will work. That only guarantees future bailouts). Credit Slips adds to the list of fatal flaws:

Busted Banks: TBTF and the Single Point of Entry

TBTF and The Single Point of Entry (SPOE): Part Two

Irish-Style Banking Inquiry into the 2008 Financial Crisis Bill Black on the Real News Network. This is surreal.

What Is Money And How Is It Created? Steve Keen, Forbes. Important. Why you must have banks to have money.

Out of Trouble, but Criminal Records Keep Men Out of Work New York Times 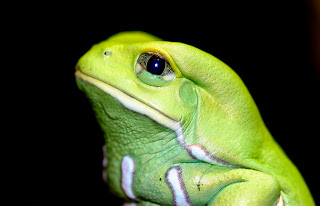 And a bonus video, courtesy Lambert. This is really cool: